Terpenes are just as important as any other cannabinoids. It not only brings flavor but also invigorates the mind and body, especially when it has a fruity profile with a tangy hint. A whiff of lemons, for example, is enough to enliven the senses. The same holds true for Lemonberry.

Lemonberry has a flavorful profile that entices users. It awakens the senses while inspiring productivity. Drawn in, it delivers a rush of euphoria that immediately introduces itself within minutes after the first two or three puffs. It uplifts the mood while Of course, the energizing buzz is only to be expected of the Sativa-leaning strain with a potent THC level of 18% to 22%.

To create it, the breeders used Lemon Thai as a base. It is a stimulating strain with a head high that inspires creativity. The breeders later complemented its lemony profile with the berry taste of Dabney Blue, resulting in the tantalizing Lemonberry which boasts a blueberry muffin flavor with a hint of lemons.

Lemonberry has a fruity terpene profile. Crushing and combusting it releases its blend of lemons and berries. It produces a tangy smoke that bursts in the mouth with added flavors of blueberries. Complementing the sweetness is a hint of earthy and herbs that leave a spicy aftertaste on the exhale.

Lemonberry’s onset starts with a gentle rush of euphoria that increasingly intensifies with each puff. It swarms the mind, filling it with cheerful thoughts and inspiring an innate sense of happiness. It is not uncommon for users to feel giggly once its initial head high sets. Because of this, it makes for a great recreational strain to share with friends. 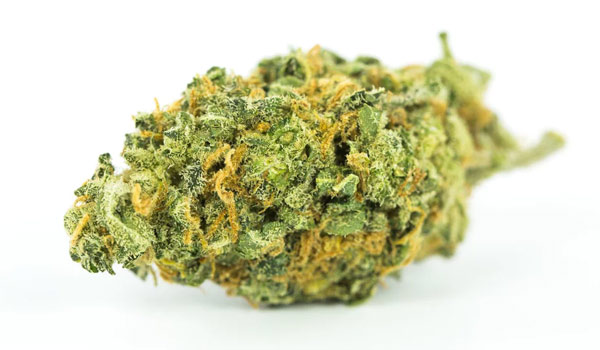 Casual users can also use it as a companion for work. The upbeat disposition, along with mental clarity, is an advantage especially for users with work ahead. It gives access to new fresher perspectives that renew motivation and increase productivity.

After about an hour or two, a tingling sensation trickles down from the temples. It oozes into the body through the muscles, relaxing each limb from the tension or tightness that grapple it. Keeping it from overwhelming the body with a couch lock is its initial head high. Instead, it brings back limberness so users can move freely without feeling tired.

Its invigorating effects should hint that it is best used in the morning or early afternoon. Using it at night, however, can lead to users staying awake for hours instead of falling asleep.

Dryness is an expected side effect of using marijuana. It manifests in the eyes and, as cannabinoids inhibit the production of saliva, it begins to induce a cottonmouth as well. Both are mild and temporary but, if symptoms persist, users can down a few glasses of water to ease the discomfort throughout the day. Although rare, it is possible for users to green out while consuming Lemonberry due to its potency. It can lead to disorienting dizziness, headaches, and anxiety which can all be avoided through pacing or moderation.

Lemonberry is presumably a recreational strain. However, that has not hindered its ability to relieve health issues spanning from head to toe. Its THC, along with CBD, deliver a stimulating head high that improves moods with its uplifting effects. At the same time, it slows the fast-paced worries that cloud the mind with overwhelming dread. Because of this, it makes for an impressive stress reliever. Similarly, its calming euphoria manages stress and mental health issues like depression, PTSD, and anxiety. However, for long-term management, seeking the help of a health professional is still the best choice 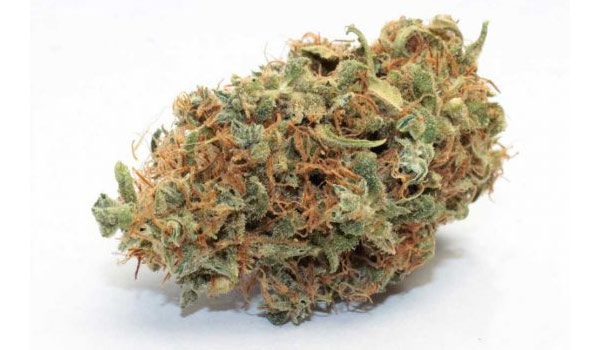 It has a soothing physical buzz, also induced by its high levels of psychoactive compounds, releases the body from pain and aches. It eases the muscles, kneading it into tranquility. One of the best ways to use Lemonberry is right before a meal. It encourages a hearty appetite that helps patients with eating disorders that have difficulty enjoying a meal due to cramps in the stomach. Thus, its relaxing properties are also a source of great reprieve.

Lemonberry exhibits the typical qualities of a Sativa-leaning strain. It is tall with a lanky frame. In all likelihood, its branches and stalks will sway when blown over by a light breeze. Strong winds, however, might possibly snap it in half. Because of this, it will need to be supported using trellises or nets. 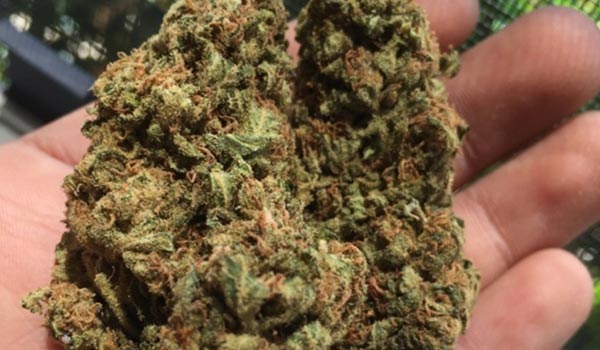 Apart from support, growers should also ensure that it soaks up more sunlight by planting it in a strategic area where there are no obstructions. After all, the tropical strain has a knack for Mediterranean climates. It likes long days and basking for hours under the sun. This is not to say that the plant will not thrive in the northern hemisphere. Rather, it needs an extra week or two to fully mature.

With that said, harvest usually comes around the second to last week of October. Growers can extend it by a week or two to increase turnout. Regardless, each plant is expected to produce at least 600 grams of buds. Keeping it safe against harsh weather such as heavy rains or the frost is also necessary. Otherwise, it might die overnight.

Cultivating Lemonberry indoors provides a solution to the unpredictable growing conditions. Controllable environments allow growers to adjust lighting, temperature, and humidity. Switching to high-intensity lights then balancing out the heat with a fan situated at the top of the canopy. Installing an efficient ventilation system, on the other hand, will significantly improve aeration among the lower nodes as well as prevent the development of humidity-related problems like mold or mildew.

Using the Screen of Green method evens out light distribution for Lemonberry while supporting its branches. This increases the chances of the plant creating more budding sites. Pairing it with a hydroponics setup will significantly improve bud and trichome production. Meanwhile, using soil as a medium will create much more significant flavors. The strain fully matures around 8 to 10 weeks with each square meter expected to produce at least 600 grams of buds.

Have you grown or used the Lemonberry strain? If not, would you like to get your hands on this strain? Please leave a comment to let us know what you think. We want to hear from you.