Lavender Haze has a soothing terpene profile reminiscent of the evergreen shrub. When smoked, it clears the mind, calms turbulent emotions, and inspires a serene disposition. Its ability to relax is also prominent in its physical effects. It delivers a rush of energy that eventually taper into a soothing buzz that eases away aches and pains throughout the body.

Creating it was fairly easy. The breeders only needed to choose a lavender base and, with so many choices in the cannabis industry, why not go with the original Lavender? It has a floral aroma with spicy undertones and a stunning hue. Meanwhile, G-13 Haze is a renowned medical strain that is highly potent.

With such a prestigious lineage, Lavender Haze presents itself as both impressive recreational and medicinal effects. It has an uplifting buzz that temporarily invigorates users thoroughly.

Lavender Haze has strong floral overtones with hints of earth as though it were freshly picked. For many people, the aroma it gives off is similar to that of fresh sprig especially when the buds are crushed and combusted. Inhaling its smoke, on other other hand, brings out its fruity flavors of blueberries. On the exhale, it leaves an earthy aftertaste that coats the mouth with hints of bushes.

Lavender Haze is a quick-acting strain that delivers its effects within minutes after the first few puffs. Although potent, its high is quite buildable. Its THC levels range from 14% to 22% which allow users to moderate use so that it is pleasant for both beginners and seasoned enthusiasts. 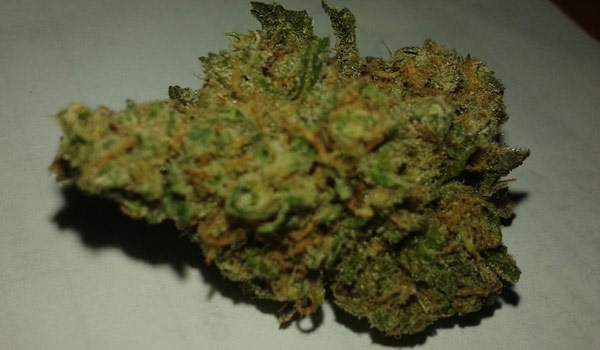 During the onset, it delivers a euphoric head high that fills the mind with cheerful thoughts. It uplifts the mood while clearing away chaos. The mental clarity inspires a rush of creativity as thoughts flow and form into new ideas. Feeling motivated and invigorated, casual users take advantage of the stimulated mind to look at documents with a fresher perspective.

Preparing snacks before taking a hit is the best choice. It allows one to stay productive as food is nearby. Although, if one prefers it, spending time in the kitchen and concocting new desserts or meals is also an option. At the same time, it fuels users for any passion projects that need to be started or tasks to be finished.

In spite of the hours that pass, users do not lose the energy from the initial effects. It persists throughout the high even after the high has worn off. The limberness it brings back allows one to perform light physical activities with ease. Like a well-oiled machine, users move freely without worry of tiredness or fatigue. Because of this, it is better to use the strain in the morning or early afternoon so one can take fully take advantage of the productivity it brings.

Dry eyes and a cottonmouth make up majority of the side effects that seasoned enthusiasts experience. It is mild, common, and easily mitigated by downing a few glasses of water. Most people ignore it due to its typicality but beginners new to the discomfort it brings may want to hydrate throughout the day. A more uncommon and worrying reaction is greening out, characterized by anxiety or paranoia. At times, it may also be accompanied by a long-lasting headache. Because of this, it is advisable to use the strain with caution.

Lavender Haze has a terpene profile that inspires a sense of tranquility in mind, body, and soul. During the onset, for example, it enhances the mood and uplifts the spirits. Its gentle buzz of clarity also clears away the negativities along with self-depreciating thoughts that may eat away at one’s confidence. Meanwhile, its calming euphoria appeases the overwhelming dread caused by stress and anxiety. Hence, it is a source of reprieve for long-sufferers of depression and other mental health issues like PTSD. 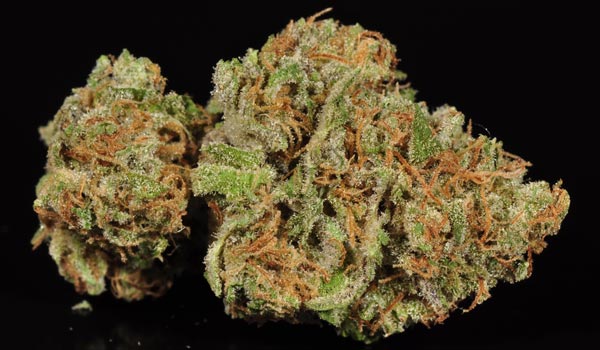 It eases away pain and aches throughout the body with its soothing physical buzz. Beginning from the temples, it delivers a powerful relaxation that releases tension and tightness in the muscles that often cause pain. Its anti-inflammatory properties provide quick relief to patients looking to ease the pain of red, swollen areas.

One of the best times to use the strain is right before a meal. It soothes the stomach of cramps that sometimes hinder one’s appetite. As a result, patients suffering from eating disorders like anorexia or cachexia who take the strain can eat heartily.

Lavender Haze is a Sativa-leaning strain with an Indica growing profile. It is sturdy with branches that, although tall, are not at all lanky. Instead, it is thick enough to withstand the throes of harsh weather. Of course, it will still need to be protected against heavy rains or frost that can break it apart, stunt its growth, or kill it overnight.

A temporary enclosing should suffice for added safety against the unpredictable growing factors. With that said, it yields at least 350 grams of buds per plant in the northern hemisphere. Cultivating the plant in areas that are sunny or in a Mediterranean climate will significantly increase turnout due to the tropical strain’s propensity for basking under the sun.

Indoors, growers from the northern hemisphere can recreate this by adjusting temperature, lighting, and humidity. It does not need to be constantly pruned or thinned out but will have to be topped early. It is relatively tall and its height can inhibit light or air circulation in the lower nodes. Manipulating the plant using growing techniques like the Screen of Green improves yields by distributing light evenly. It requires growers to weave branches into the net while creating more budding sites.

Pairing it with a hydroponics setup may possible double trichome and bud production. Although, beginners may want to use soil instead as it is easier. One advantage it has against the former is that it produces distinctly delicious buds. Harvest usually finishes 8 to 10 weeks with each square meter producing between 300 to 350 grams of buds.

Have you grown or used the Lavender Haze strain? If not, would you like to get your hands on this strain? Please leave a comment to let us know what you think. We want to hear from you.