Industrial Plant is one of the first strains developed to grow under artificial lights but still perform impressively outdoors. Since its release, it has trailblazed a range of revolutionary standards in the growing of cannabis.Dinafem Seeds achieved this adaptation to indoor growing by breeding Thai and Afghani plants together.

Crossing the two ensured its exceptional commercial Dutch offspring exuberates its stable genetics. It has a fast-flowering and high-yielding nature that gained it the nickname “Ferrari of marijuana strains.” Not to mention, it has high resistance to a variety of growing condition that may otherwise stunt another plant’s growth which prove Industrial Plant’s revolutionary resilience.

It has a tropical citrus overtone with undertones of woody spice. Combusting its flower and inhaling its smoke coats the mouth with enticing flavors that deliver subtle but long-lasting effects. It can be an impressive recreational strain and medicinal source of reprieve because of its mild euphoria and physically soothing head to toe high.

Industrial Plant exudes notes of wood, skunk, and moss. Also present in the flowers, especially when it is crushed or combusted, are hints of citrus and pepper that blend well with its initial profile especially when upon inhale. In the mouth, the tropical cocktail enhanced by pine and spice dance at each puff even after the exhale.

Industrial Plant is a well-balanced hybrid that delivers a refreshing head to toe high in spite of its low THC levels. It is a great introductory strain for beginners and a source of mellow euphoria for seasoned enthusiasts. One of its most distinct qualities is its uplifting buzz which welcomes giggles and a happy disposition that replaces accumulated negativity. 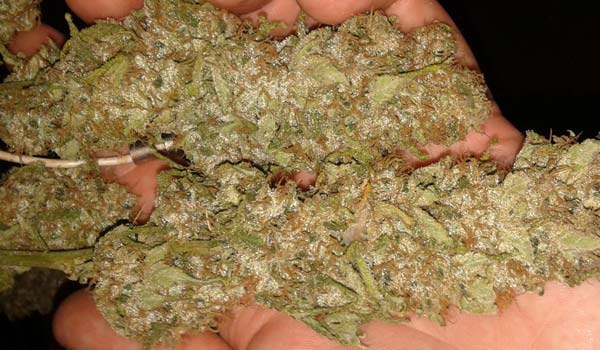 The degree of lucidity depends on one’s tolerance to THC but, if one prefers staying alert, then lowering the dosage should suffice. It is during this time when the creativity is at its most active. Ideas pour out naturally as though it were from a pitcher of cocktail especially with its undertones of citrus and lemon.

At the same time, a surge of energy ensures the body keeps up with the mind. It brings a joyous jolt of vigor that does not wear down in the next few hours to come. It relaxes the muscle as well, releasing the tension or tightness that keep one from moving around with ease. The limberness eventually blankets users in deep tranquility.

For people who use beyond moderation, it is likely that the strain will make users sleepy. In such cases, it is best to reserve it for a day off, the weekend, or early in the afternoon so it tapers into a sedating finish.

Consuming cannabis comes with two uncomfortable repercussions all users are familiar with – red eyes happen and a parched mouth that turns the voice croaky. Drinking lots of water helps replace the inhibited fluids in the body. Sucking on cough drops and hard candies can also stimulate saliva production which will appease the discomfort of a cottonmouth. It is always advised to take Industrial Plant in moderation. Although rare, there may be kicks of paranoia, anxiety, as well as lightheadedness. Hence, one should always use the strain in moderation.

Industrial Plant is a source of reprieve for long sufferers of depression, PTSD, and other mental health issues. The moment its happy high hits, it enhances the mood, calms turbulent emotions, as well as encourage a sense of peace from within. In doing so, it calms the overwhelming dread that result from stress or anxiety. As such, it can also be used as a stress reliever. 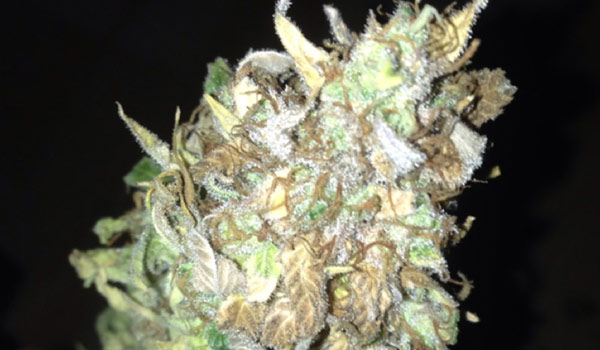 Industrial Plant also extends its medical help to the body. It invigorates the body with its surge of energy while simultaneously relaxing the muscles. Hence, it is a source of relief for fatigue or over work that tighten the muscles with tension. Starting at the temples, the soothing buzz banishes headaches and migraines that prevent one from totally relaxing before trickling down to the toes. Last but not least, it blankets users in a sedating euphoria that combats sleeping difficulties such as insomnia.

Dinafem Seeds developed Industrial Plants to survive under artificial lights. Thus, the behavior of the plants vary depending on whether it is grown indoors, or outdoors. Setting that aside, it has some important attributes as it grows. 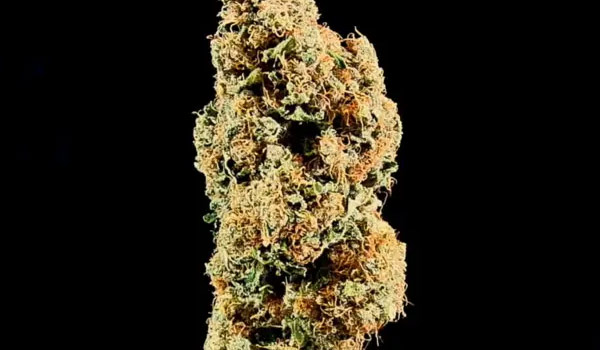 The revolutionary strain inherited the features from its Sativa mother strain, Thai. It develops long branches with wide spaces between its internodes. When cultivated outdoors, the plants can grow up to 2 and a half meters. Thankfully, it is quite sturdy and adaptable to the cold. It fully matures around the last days of September to the middle of October with each plant producing at least 1,300 grams of buds.

Industrial Plant is also made to perform well indoors. It produces well with each square meter producing at least 625 grams of buds per square meter at harvest. Not to mention, it is a fast-flowerer that matures within 7 to 9 weeks. Because it quite a versatile strain, it can undergo both Sea of Green and Screen of Green growing techniques and yield high. To further enhance yields, growers can also install a hydroponics setup that will deliver nutrients straight to the roots. It will require the hand of a seasoned grower though. For beginners, it might be better to use soil as a medium instead.

Have you grown or used the Industrial Plant strain? If not, would you like to get your hands on this strain? Please leave a comment to let us know what you think. We want to hear from you.