Golden Nugget is an eye-catching strain. Covering its royal hue and red pistils is a thick coat of trichomes that make it sparkle under the light. Its densely packed buds, which take the shape of popcorn, are heavy when placed in the palms of one’s hand.

What truly sets it apart, however, is its powerful head-to-toe high delivered by its up to 24% THC. Although slightly Indica-leaning, it has well-balanced effects that cater to beginners and veterans alike. It starts with a soothing head high that clears the mind before eventually enveloping the body in deep relaxation.

What truly sets it apart, however, is its powerful head-to-toe high delivered by its up to 24% THC. Although slightly Indica-leaning, it has well-balanced effects that cater to beginners and veterans alike. It starts with a soothing head high that clears the mind before eventually enveloping the body in deep relaxation.

Greenpoint Seeds developed Golden Nugget by accident after the intense Golden Goat was pollinated. It has colorful buds with a tropical terpene profile and highly psychoactive. However, it takes a long time to flower. For this reason, the breeders crossed it with the vigorous Stardawg. From it, its offspring gained a sturdier structure as well as stress-crushing capabilities that leave users feeling inspired by the stars.

Golden Nugget has a strong scent that can quickly fill the room with its pungency. It is heavily fruity with tropical overtones reminiscent of citrus. Broken apart or combusted, a subtle tinge of wet soil adds a hint of freshly unearthed pine. In the palate, its smooth smoke washes over the mouth with the flavor of spicy skunk that leaves a sweet aftertaste on the exhale.

Golden Nugget is not one to waste its time. Its effects start immediately after the first two to three puffs with a surge of energy that courses through one’s muscles. It penetrates the mind through the temples as an uplifting rush and slowly spreads until it is fully clear of negativity. Replacing it are cheery thoughts that leave one feeling happy from within. 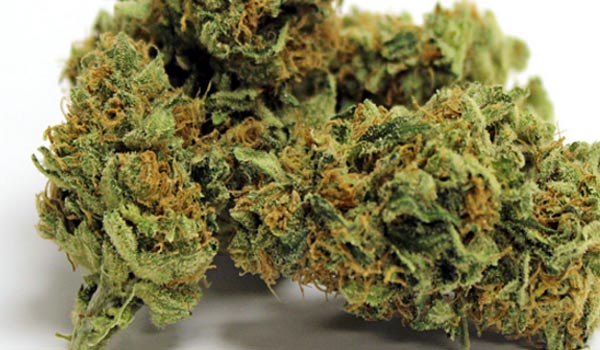 For casual users, the upbeat mood is like putting on rose-colored glasses that bring fresh perspectives. It transforms a dreadful workplace into a creative hub as the mental clarity ushers in groundbreaking ideas that flow and form freely. The renewed motivation inspires one to stay productive throughout the high.

After about an hour, the invigorating buzz lurking in the body begins to intensify. It relaxes users deeply by soothing the muscles and removing tension entirely. Though powerful, it does not plant a heaviness in the limbs that quickly leaves users feeling drowsy. Instead, it tapers down to a comfortable buzz that makes one feel limber while completing tasks.

Overall, Golden Nugget is a great hybrid strain that can be used at any time of the day. Its pleasant high accompanies one on a brainstorming session especially when the bud is paced or used in moderation. However, it can also be an excellent bedtime companion that rejuvenates users for the next day.

Moisture-inhibiting cannabinoids in marijuana usually inhibit the production of saliva. As such, users often end up with a dry mouth. At times, it is accompanied by red eyes and an itchy throat. One can manage the symptoms of dehydration by downing a few glasses of water throughout the day. 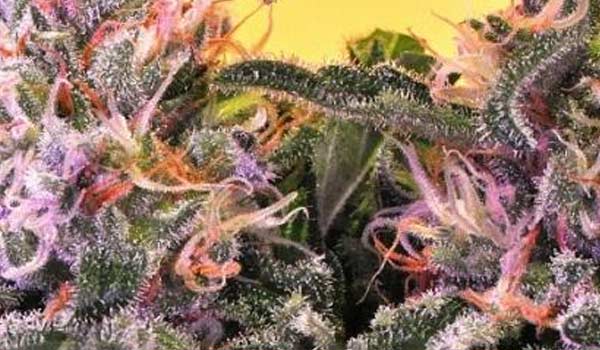 In high doses, Golden Nugget can overwhelm users with a subtle feeling of paranoia as it stimulates the mind. Thankfully, it is a rare experience that can easily be avoided through pacing and moderation.

At up to 1%, Golden Nugget’s CBD levels are already higher than most recreational strains in the market. And, with the help of its THC content, it retains enough therapeutic value to relieve a myriad of maladies beginning from the temples.

Its happy high brings out an upbeat disposition that helps reduce stress. It calms the mind while stabilizing turbulent emotions that come with overwhelming anxiety. At the same time, it helps manage symptoms of depression and other mental health issues like PTSD. 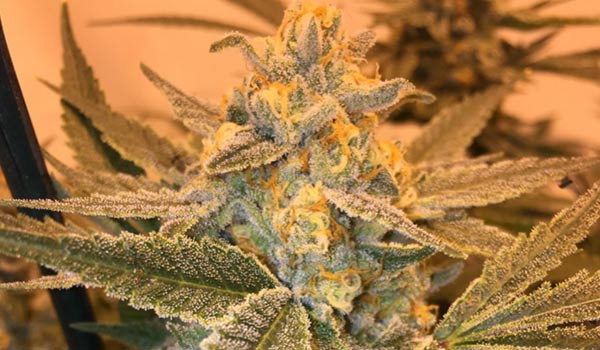 One of the best times to use Golden Nugget is right before a meal. It stimulates the stomach while simultaneously removing any painful contractions in the gastrointestinal tract that prevent one from eating heartily. Because of this, it is an adequate food aid for patients dealing with cachexia or eating disorders like anorexia.

The same psychoactive compound also invigorates the body from fatigue or exhaustion. It relieves various aches and pains through its soothing but uplifting buzz. Meanwhile, its anti-inflammatory properties reduce redness and swelling.

Though it leans toward Indica, Golden Nugget grows more like a Sativa. It pays homage to its original Hawaiian roots with its lanky structure. Not to mention, it has a natural propensity for sunny days in the Mediterranean. In such weather, the plant thrives and flowers quickly.

This is not to say it does perform well in the northern hemisphere, where the weather is generally colder. Rather, it may take longer to fully mature due to the lack of sunlight. Still, growers can expect a single plant to produce at least 550 grams of buds between the middle of October to the early days of November.

Growers may also choose to cultivate in an indoor environment, where a sunny Mediterranean climate can be mimicked by adjusting factors like lighting, humidity, and temperature. One can also choose between different types of mediums like soil and hydroponics. The former enhances the terpene profile while the latter delivers nutrients straight to the roots so it yields higher and grows faster. Pairing it with the Screen of Green method will maximize yields by bringing up the lower nodes.

It takes 9 to 11 weeks of indoor flowering for Golden Nugget to fully mature. The buds turn into a lush shade of emerald green with flashes of pink. It is covered in a thick coat of clear to milky trichomes that glisten when shined upon by light. Growers can expect each square meter to produce at least 500 to 550 grams of buds per square meter once ready for harvest.

Have you grown or used the Golden Nugget strain? If not, would you like to get your hands on this strain? Please leave a comment to let us know what you think. We want to hear from you.