Blue OG is a fruity and refreshing bud that will delight all the senses before its heavy-limbed high even hits the body. Its effects are physically tranquilizing, though it bears the quintessential energetic kick as its onset.  With an unbeatable calm, it leaves users feeling anything but blue.

Looking at its roots, it is comprised of a star-studded lineage. The most obvious is Blueberry F3, a phenotype of arguably one of the most aromatic and visually arresting Indica varieties in cannabis history. With it, the mouth waters in anticipation as tropical scents demands immediate attention. Meanwhile, OG Kush dominates the high with its head-to-toe euphoria that launches the mind beyond cerebral clouds

Last but not the least, Blue Moonshine passes on its ability to crush stress under a relaxing mass. It holds the distinction of being bred entirely from landrace strains, allowing its offspring to take after its resilient and vigorous nature in the grow room.

Overall, Blue OG offers a uniquely sensory experience – from the complex flavor profile of its buds to the a persistently soothing high that seeps deep into the bones with each puff. At the same time, it provides a reprieve to every corner of the body.

Blue OG has a rich fruity perfume that freshens up the air with its natural zest of ripe blueberries. Its tropical punch, with its light citric tones, are accentuated by a floral musk that blends notes of wet soil into the aftertaste.

Blue OG’s effects start gently. It is a slow-starter like many Indicas and will take at least 15 minutes to deliver its distinct psychedelic effects. In all likelihood, users who do not pace consumption will be bombarded by an overwhelming head high once it hits. 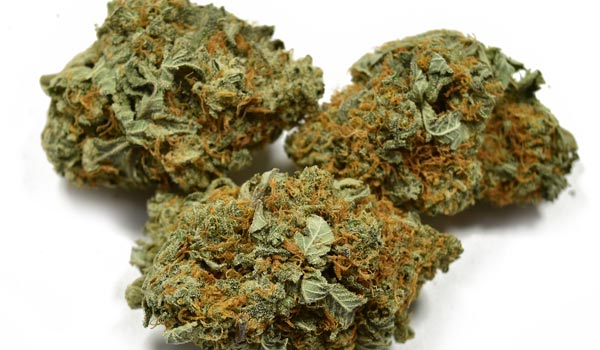 When used in moderation, the initial onset is quite pleasant. It uplifts the mood by clearing the head with a rush of euphoria that removes negativity in its path. As it brings out fits of giggles, this is also suited to share with friends for a chill hangout after-work or simply a few hours of content introspection.

Compared to other Indica-dominant strains, the herb is not as devastatingly sedating. In fact, as the high progresses, the worst it can do is lock users to the couch with its heavy-hitting high which is not as bad as it may sound. Regardless, a warm but fuzzy feeling creeps in the temples before gradually making its way down to the rest of the body. Like dipping into a warm evening bath, waves of relaxation envelops users as it relieves tension from all over the muscles.

Although it stirs away from drowsiness, Blue OG is still best used at the end of the day. It ends the night on a sweeter note as its fruity smoke and head-to-toe tranquility remove the stress of an otherwise exhausting day.

To avoid an uncomfortable experience, users should be mindful of the downsides that come with Blue OG’s potency. For one, it can turn the dreamy effects into a living nightmare as a disorienting dizziness heightens anxiety. Thankfully, this is a rare occurrence and most users only experience a subtle headache.

Apart from greening out, there is the more typical cottonmouth and dry eyes which are the work of its moisture-inhibiting cannabinoids. Many seasoned users ignore the dryness due to its inevitability and mildness. However, beginners should make sure to have a bottle of water nearby to stay hydrated. This will ease the discomfort as well as substitute for the lack of saliva.

Connoisseurs may admire Blue OG for its fascinating blend of recreational effects, but it is also quite therapeutically significant. It gives patients a quick and easy access relief from all forms of physical or psychological diseases. 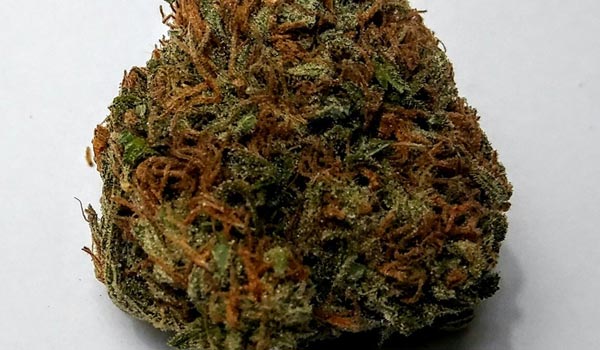 By relieving the body of tension, for example, it keeps the muscles from suddenly contracting and causing pain. Stripped off by such a burden, many are elevated to a state of deep relaxation that results in feeling weightless, as though above the clouds.

A stress reliever and natural antidepressant, Blue OG has a happy high that provides comfort to users undergoing a rough part. After feeling burnt out from a hard day’s work, the bud promotes a inner sense of calm that cools people down. Its ability to stabilize moods and enhance positivity is especially helpful to people battling depression, anxiety, and other mental health issues like PTSD.

The subtle mental stimulation delivered by the same psychoactive compound also encourages a hearty appetite. As such, one of the best times to use the strain is a few hours before a meal as it will keep patients with cachexia or restrictive eating disorders like anorexia from turning cravings away. Meanwhile, its antiemetic properties fights off nausea.

Blue OG looks like it came straight out of a grower’s fantasy. It has a compact structure with thick stalks and branches. As it matures, it displays a wild range of colors from fiery reds to royal purples. Catching the eye too are its tight buds which are glazed with a sugary coat of trichomes. It conjures up the image of snow glistening under a bright light. 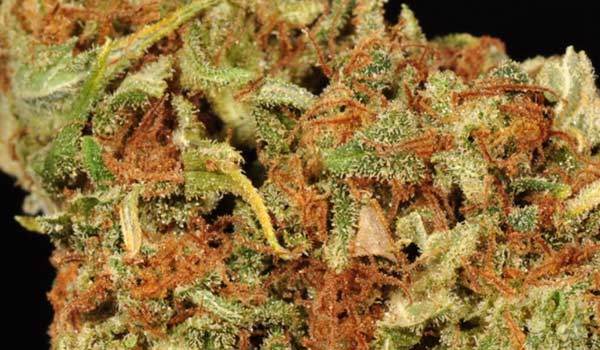 All its splendor demands constant attention and a certain level of expertise. Quite prone to mold and mildew, its lush leafage needs periodic trimming and pruning that improve airflow and light among the lower nodes. Additionally, it also requires temperate heat and proper ventilation.

Raising Blue OG in a controlled setting is way simpler as aspiring growers are given the chance to adjust important factors like lighting, temperature, and humidity. Keeping the warmth at around 21°C to 27°C, supplemented by an RH level between 40% to 50%, in a Sea og Green setup will bolster yields. For mediums, one may opt to grow it in soil to really bring out its full flavors.

As the branched beauty stretches up to 150 cm indoors, it will need ample vertical and lateral space. After flowering for 9 to 10 weeks, it will yield between 400 to 500 grams of buds per square meter.

Blue OG’s favorite spot is anywhere with a Mediterranean type of climate. It feeds enormously under the nutrient-rich rays of the sun and develop strong limbs from the soft winds. In the northern hemisphere, growing the flora in a pot for easy transfer indoors is recommended especially when the cold gets harsher. It goes without saying that constant monitoring is also a must, not only of the plant but also the weather. By late September or early October, growers should see rewards of at least 500 grams of fresh buds per plant.

Have you grown or used the Blue OG strain? If not, would you like to get your hands on this strain? Please leave a comment to let us know what you think. We want to hear from you.