Indigenous Afghani and Pakistani landraces are among the sturdiest strains in the world. After all, the two have survived for thousands of years against the harsh weather of its mountainous range. Not to mention, each delivers a heavy-hitting body buzz that tranquilizes tired souls and calms the body through and through.

8 Ball Kush which mirrors its parents’ easy-to-grow. Its pure Indica genes, as well as 15% to 18% THC, encourages users to sit back and relax in a contented euphoric bliss. Apart from the recreational, it also has impressive pharmacological qualities that ease away the day’s stress through its soothing head-to-toe high.

8 Ball Kush has a heavily pungent scent that tickles the nasal senses with its spicy, peppery overtones. Broken apart or combusted, it releases an undertone of earth that fills the palate with a cloud of thick, smooth smoke. Interestingly, its herbal hint later turns into a sharp chemical aftertaste of ammonia.

A representative of its pure Indica genes is 8 Ball Kush’s slow-starting hit, which does not begin until 15 to 20 minutes after the first two to three puffs. For this reason, users must remember to pace consumption of the bud to prevent an otherwise pleasant high from turning into an overwhelming experience. 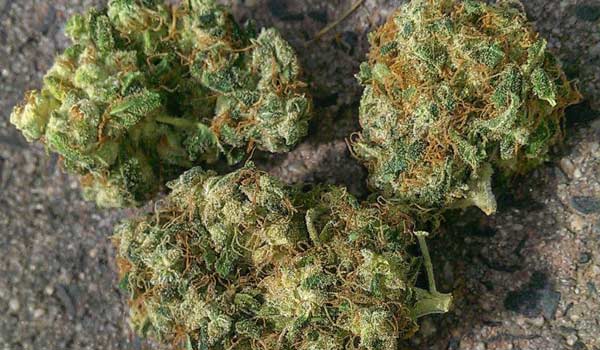 The beginning of its effects is marked by a mentally uplifting onset that settles in the head. It inspires a sense of happiness that leaves users basking in cheery thoughts and an upbeat mood which can last throughout the high.

Most likely, the mental stimulation is hunger-inducing too. As such, users should prepare some food ahead of time or before the high as its Indica buzz can leave one feeling completely lazy.

After about an hour or two, a soothing sensation oozes down from the temples and surges through the muscles. It relaxes the body and plants a heaviness in the limbs that is impossible to ignore. In all likelihood, users will lounge on the couch or flop on the bed as the tranquility persists.

Dry mouth and red eyes is a shared reaction among cannabis enthusiasts, regardless of experience or dosage. Although mild, it can be long-lasting and irritating especially as the throat becomes itchy. Downing a few glasses of water throughout the day, however, will manage the parchedness. 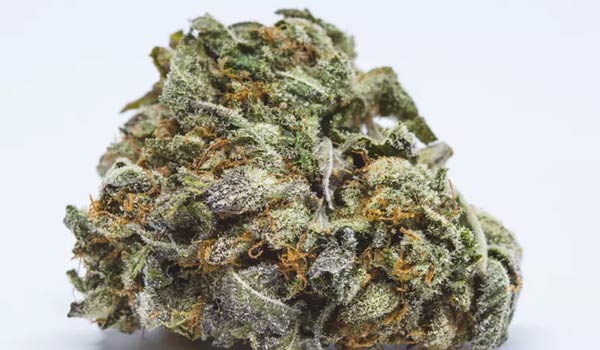 In rare cases, 8 Ball Kush can lead to a condition called ‘greening out’ which is characterized by dizziness and a subtle feeling of paranoia. It is the result of overusing the strain or going beyond individual limitations. However, it can also be influenced by one’s disposition before the high. Although the effects are limited to a headache most of the time, it is still better to use the strain in moderation.

8 Ball Kush has a high CBD content of up to 5%. It provides relief to medical users with its therapeutic head-to-toe high. Its soothing body buzz, for example, releases tension from the muscles beginning from the temples.

As a result, users feel significantly lighter. Apart from its muscle-relaxing qualities, it also contains anti-inflammatory properties that reduce swelling and redness. It prevents painful and uncontrollable contractions or twitches due to inflammation. 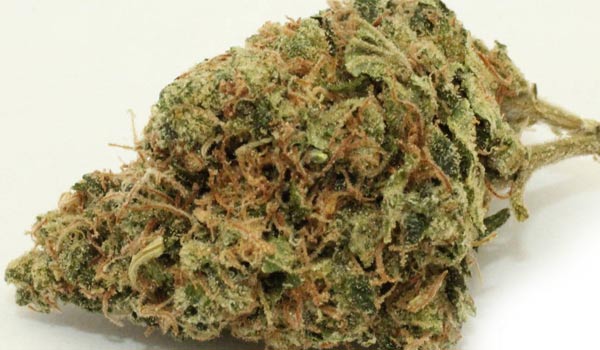 At the same time, its uplifting effects stabilize turbulent emotions and enhance the mood. For this reason, it is a source of comfort among patients dealing with depression, anxiety, and other mental health issues. Meanwhile, its calming effects help patients cope with stress and manage symptoms of PTSD.

Eventually, the freedom from mental and physical inhibition ushers in drowsiness that makes the eyes droop until it closes. With its sedating properties, 8 Ball Kush enhances the quality and quantity of sleep, so users wake up feeling reinvigorated the next day.

8 Ball Kush is one of the most sturdy strains to hit the market. It has a natural resistance against mold, mildew, fungi such as botrytis, and pests like spider mite. Moreover, its propensity for cool and temperate climates allows it to thrive in the northern hemisphere where it is generally colder.

However, its hardy structure is not a free pass for growers to leave 8 Ball Kush alone immediately after germination. Like other plants, it requires protection against extreme weather and frost which can easily be achieved by installing a temporary enclosing. With minimal care, the Indica-leaning herb fully matures between the last few days of September to the middle of October. Each plant rewards growers with up to 600 grams of pungent buds.

One may also choose to grow the plant indoors. However, it must be pruned for better aeration in the lower nodes as a closed space limits the circulation of air. Removing certain fan leaves and a few branches will greatly improve the distribution of light and nutrients as well.

With that said, a controllable environment presents various advantages including setups. The Sea of Green works best for the stout 8 Ball Kush although it can also adjust to a Screen of Green a well. It maximizes its compact structure to produce higher yields especially when it is cultivated in a hydroponics setup which delivers nutrients straight to its roots. Of course, using soil is still possible if one’s end goal is flavorful buds. Regardless, growers can expect 8 Ball Kush to yield at least 550 grams of buds per square meter after a flowering period of 7 to 9 weeks.

Have you grown or used the 8 Ball Kush strain? If not, would you like to get your hands on this strain? Please leave a comment to let us know what you think. We want to hear from you.