Contrary to its moniker, Early Girl is not an herb to take first thing in the morning. Its relaxing effects are one that sends off tired minds to the land of dreams after a full night of unwinding. Its name, however, does alludes to its incredible swiftness in the garden.

The iconic phrase ‘the early bird gets the worm’ rings true with this Indica-dominant hybrid. In less than the nick of time, growers can harvest Early Girl and reap its high yields. Not to mention, it has a copious resin production that hint at its impressive THC levels of up to 20% and a mouth-watering flavor.

This all-in-one frosty and compact package can be attributed to Sensi Seeds, who have preserved its landrace heritage from Afghanistan, North India and Mexico since the 1980s. The latter parent, a Sativa, adds a mood-boosting quality to the physically domineering experience its Indica influence brings. However, it is due to the former two that Early Girl is among the fastest flowerers in its breeder’s catalogue.

Because there are some batches with a potency teetering on intense, this herb can be a powerful relaxant for beginners and veterans alike. Either way, by the eleventh hour, sleep is the inevitable choice for many.

Packed with an uplifting tang, Early Girl delivers an addicting blend of blueberries and crisp cedar wood. The smoke is tantalizing and almost like a freshly baked pie, making each whiff or puff truly mouth-watering. A swig of its fresh and inviting smoke invigorates the palate.

Early Girl is a versatile strain. Its potency, which ranges from 12% to 20%, caters to both beginners and veterans. Its pleasant experience is largely engaging although it can be just as mellow and enriching, like floating happily on cloud nine. 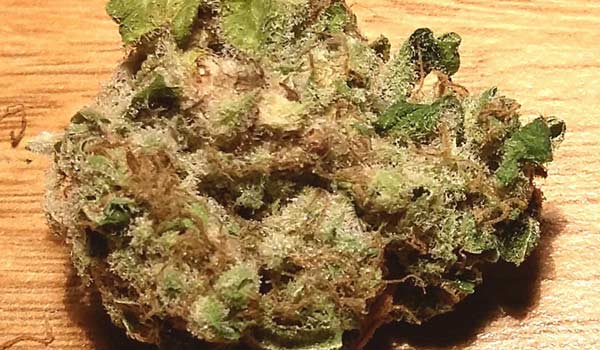 An uplifting onset smoothens unsettled thoughts, keeping spirits enlivened even after a long and strenuous day. It may be best to have some snacks ahead of time though. Encouraging a hearty appetite, the subtle stimulation during the head high extends to the stomach.

Shortly after settling into this upbeat altered mindset, a gentle buzz melts over the body as quick as cotton-candy. Indeed, it is a treat that produces sweetly soothing effects from head-to-toe. However, used excessively, it can be overbearing. Instead of being productive, the buzzing cerebral high can lead to visual and auditory distortion. Even if one were to tolerate the narcotic-like effects, the physical effects can be unforgiving in that it could lock users to the couch.

At any rate, as the effects begin to subside, most people do tend to feel sleepy. That goes without saying that excessive use can knock out people sooner rather than later.

Although it is welcoming to beginners, dosage should still be a concern. If possible, it should be kept at a reasonable amount as over-consumption can lead to upsetting adversities like mild dizziness and heightened anxiety with slight chances of paranoia. Dryness in the mouth and eyes may also occur, although this is common in any variant and may easily be soothed by taking lots of fluids such as water throughout the smoke out. Avoiding alcoholic and caffeinated drinks also helps. 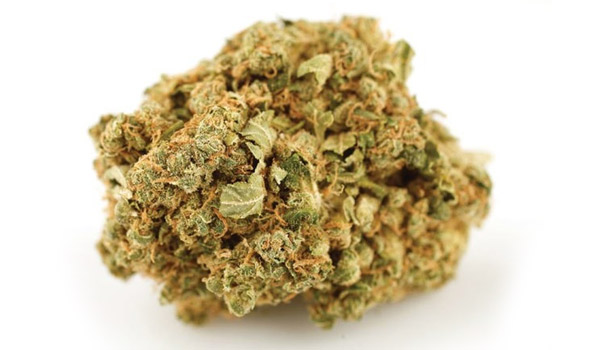 Defined by its eminent relaxation, Early Girl delivers a meditative high that is holistically healing to all type of users. What makes it even better for medical cannabis users is its extensive assistance in relieving ailments without any risks of unwanted side effects like nausea, tiredness, or a muddled mind.

Its mood-boosting qualities, for instance, are effective at elevating low spirits, especially on a bad day. Anxieties are also thrown out the window as its calming euphoria slows down the fast-paced thoughts that bring out an overwhelming dread. Similarly, it offers a reprieve and a moment of inner peace from depression along with other mental health issues such as mild cases of PTSD.

Arguably, Early Girl’s best feature is the potent analgesic qualities it obtained from its relatively high THC levels. It is a crucial element in relaxing the mind and body as well as pain management. Hence, it is a powerful source of comfort against muscle spasms, chronic back aches, and cramps. Its ability to soothe the stomach is perfect for bringing the appetite back too.

Being free of physical and mental troubles makes sleep an effortless ordeal, even for the likes of patients with insomnia.

Early Girl boasts a strong stamina against common molds, mildews and other diseases. It is undeniably easy to work with, gratifying and forgiving even to inexperienced growers. Moreover, its generous yields are a big bonus.

Physically arresting, the charmer has broad leaves and lush, green and amber hues with flashes of gold in lining each bud. Growers can add a royal touch by bringing out its plum streaks. This is done through exposing it to cold temperatures during the early days of the flowering period.

Indoors, it prefers to be snuggled up in a room with temperatures ranging from 21 to 27 °C. In maximizing its yields. One should opt for hydroponics and employ it with a Sea of Green set-up as it shortens the vegetative stage as well as encourage its bud growth and production of budding sites. Growers can expect a hearty yield of up to 500 grams of fresh buds per square meter in just 6 to 7 weeks of flowering. Extending it by a week can further improve yields.

The Indica-dominant plant prefers cooler climates, thus thriving in the northern hemisphere where it is generally colder. Not to mention, it is hardy enough to survive strong winds and harsher conditions. However, it will have to be protected against frost. With that said, growers can expect it to mature around the middle of September to early October. Each plant is anticipated to produce a bountiful average of 600 grams of buds per plant.

Have you grown or used the Early Girl strain? If not, would you like to get your hands on this strain? Please leave a comment to let us know what you think. We want to hear from you.