Kush strains are crucial in the creation of many of the world’s creative, flavorful hybrids, but few are as widely loved as the iconic OG Kush. While it is virtually flawless on its own, improvements could be made – particularly in strengthening the desirable genetics of the OG line such as its penetrating aroma and unparalleled potency.

Abusive OG is yet another member of the famous ocean-grown family. Directly cut from the original Californian itself, it retains the immense resin production and the heavy firepower of its heritage. The familiar, piney aroma introduce relaxing mind and body effects, perfect for capping off a long day’s work.

Despite its rather aggressive moniker, Abusive OG is quite the opposite. It has soothing ailments with pain-killing talents. In fact, depending on the quality of its cultivation, some even develop with as much as 5% CBD content. Not to mention, its THC levels which range between an impressive 14% to 18% deliver a euphoric head high that tranquilizes stress and anxiety. For this reason, this herb is touted for its impressive, medical value.

Abusive OG exudes a strong earthy, herbal scent that is reminiscent of the original Kush strains. It is marked by a citrusy, piney aroma with a floral quality. During the exhale, it leaves a spicy aftertaste.

Abusive OG starts off with a euphoric onset that tickles the mind and ushers in an upbeat mood. In all likelihood, users are left feeling an innate sense of happiness as the uplifting cerebral buzz continues. More so, when it is accompanied by a warm physical buzz that surges in the body not long after. As tension leaves and muscles loosen, a sense of wellbeing floods in bringing a smile.

During this time, the effects of the soothing herb could alternate between an energetic burst and relaxation. For most users, the Indica body buzz leaves the body feeling heavy. As a deep-seated relaxation takes over users, drowsiness kicks in until eventually Mr. Sandman officially schedules a visit with each heavy wink. 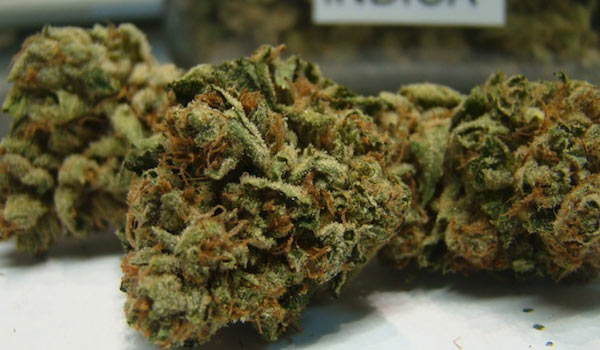 Of course, the opposite can be said about the strain. Rather than weighing users down with a heaviness in the limbs, the freedom from mental and physical inhibition ignites a primal urge. Because of its arousing aphrodisiac qualities, Abusive OG can be a bedtime companion shared between couples.

Having dry and red eyes, as well as cottonmouth, can be expected. Overconsumption, on the other hand, could cause some adverse effects. In some instances, sudden movements such as abruptly standing up could cause momentary dizziness.

Although unlikely, Abusive OG also has the potential to cause some individuals to feel anxious. Most of the time, however, users only experience a headache that eventually goes away after a few hours. Still, it is important to use the strain within limits or start at a low dosage.

Abusive OG is one of the many strains that take users away from worldly stress by putting the mind in a plane of tranquility. Its ability to induce a euphoric high, complemented by profound relaxation, results in having a seemingly permanent smile tattooed on one’s face. Such trait benefits individuals suffering from depression, PTSD, and similar mental conditions too as it manages its symptoms with the same calming euphoria. 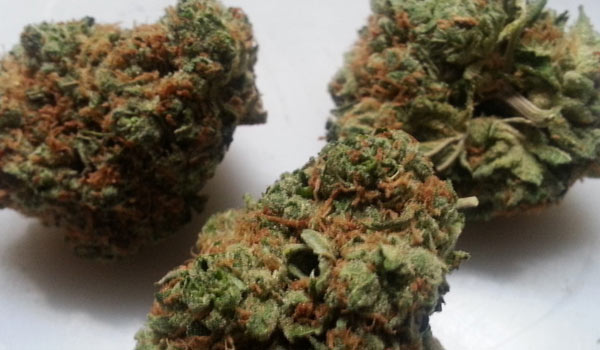 The analgesic physical buzz are more than adequate in alleviating muscle and joint pains caused by chronic ailments. It is, for many medical users, a more viable alternative to synthetic painkillers that have serious side effects. Ironically, Abusive OG also relieves headaches as much as it can cause it.

The strain has an added sedative effect that leaves virtually every person who uses this strain fall asleep. In this case, too, the will to move gives way to idly sitting while basking under complete bliss. As such, it is beneficial as an aid in dealing with sleep disorders.

Abusive OG takes after the dynamic nature of its lineage. It has a compact structure with thick stalks and branches. The plant is ideal for growing both indoor and outdoor due to having a small stature. Although resilient enough, it requires a lot of care and attention thus it is more suitable for experienced growers. 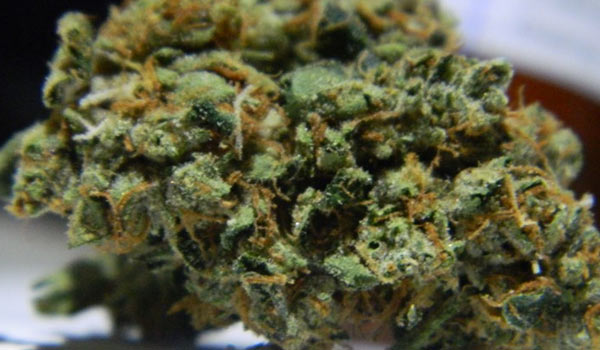 Its lush foliage, for example, needs regular pruning and trimming to ensure adequate light penetration in the lower parts. At the same time, it frees up space for air to circulate better to maintain moisture levels. Not only does it contribute to a healthy growth, but it also stops the growth of molds and other humidity-related diseases.

One way to further optimize the growth rate is to use the Sea of Green technique. It thrives well in both organic soil and soilless growing methods. As an option, growers can also subject it to a high-stress training method like super cropping to stimulate trichome production.

A good environment should be one that has a temperature range of 21°C to 27°C. Meanwhile, humidity levels should remain between 40% to 50% RH. The plants can be placed under 600 to 1000 watts HPS lights for higher yields. After initiating the flowering phase, it will take about 8 to 9 weeks for the herb to produce up to 350 grams of buds per square meter.

Outdoors, growers may germinate and grow seeds in pots to move the plant easily. It favors a warm and dry climate, though if the weather turns for the worse at any given time, moving the pots indoors is convenient and assures that the plants remain healthy. The harvest time in the northern hemisphere is usually on the last few days of September to the last week of October. Each plant can produce up to 350 grams of buds.

As it matures, it displays wild pistils accentuated by burnt, orange color over a bed of frosty white resins covering the lime green buds

Have you grown or used the Abusive OG strain? If not, would you like to get your hands on this strain? Please leave a comment to let us know what you think. We want to hear from you.