The Afghani landrace has survived some of the most gruesome times of marijuana including the side effects of the 80s invasion of the USSR. For a good cause too, the indigenous variety has been central to the Hindu Kush region’s medicinal and social rituals. In fact, it was “renowned throughout the Hindu Kush and the whole of the Middle East as the best there is.” Samples of the buds are now in the hands of many seedbanks including the illustrious Sensi Seeds.

Cultivating and enhancing its pure Indica genes through backcrossing, the breeders eventually came up with Maple Leaf. It is a gooey, dense, and sticky plant with 15% to 18% THC levels which produces among the best hashish. This is also precisely why it continues to be popular among hash enthusiasts.

Its recreational and medicinal effects have a sedating quality that first calms the mind to prepare the body for a soothing buzz. Its sweet flavor only further improves the experiences as the smoke entices the nasal senses or swirls inside the palate. Meanwhile, its heavy-hitting comedown leaves users fast asleep in a restorative slumber.

Hearing the name of the strain alone is enough to make the mouth water. As expected, Maple Leaf buds ooze out a blend of cream and vanilla. There is a woody undertone of pine with a hint of sweetness. Meanwhile, the taste of maple mixed with honey melts in the mouth and tantalizes the palate. Regardless of how it is consumed, its incense-like smoke leaves a saccharine aftertaste with a citric undertone.

Maple Leaf is one strain that turns a frown upside down. Smoking its honeyed smoke fill the mind with happy thoughts that escalate the mood to a mellow euphoria. It leaves users feeling upbeat and giggly all throughout the session. However, due to its pure Indica effects, its high is slow to start. Thus, users should stay wary about consuming too much within a short amount of time. 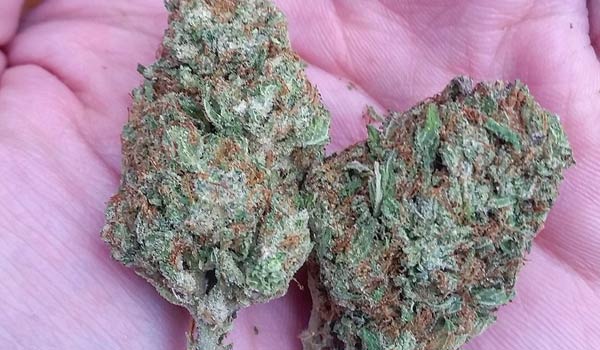 Although subtle, the mental stimulation does use up some energy and wake the appetite. Having food nearby will appease the hunger as the onset continues to persist. Moreover, it saves one time from having to go to the kitchen especially when the bodily effects are about to start.

A light pressure creeps into the temples as its effects begin to settle. Usually, it is only after an hour or two have passed that it begins to trickle down to the toes. It kneads the muscles into relaxation as it calms the tension to prevent contraction. In all likelihood, users will want to lounge around the couch or flop on the bed.

Staying comfortable is top of the priority. The soothing buzz, as well as the feeling of thorough relaxation, plants a heaviness in the limbs that entice one to sleep. As such, it is the perfect bedtime companion for a night of deep, unencumbered slumber which is the perfect ending to a tiring day.

It can also be a natural aphrodisiac when dosed moderately. The freedom from mental and physical inhibition can be quite arousing for some users. Thus, consuming with a partner can lead to a fun-filled night.

There is no denying that Maple Leaf is a fun cannabis to play but users should be wary of using beyond individual tolerance. It can lead to paranoia with a disorienting dizziness due to the keen awareness. Apart from greening out, users may feel a little parched and dehydrated. It is uncomfortable but continuously rehydrating throughout the day will minimize the discomfort.

A positive mind and upbeat disposition are effective in temporarily managing depression. From Maple Leaf’s cannabinoids, users can find a similar reprieve. It delivers a mood-enhancing cerebral high that encourages positivity. Meanwhile, its anxiolytic properties wrap users in a soothing euphoria that calms the overwhelming dread triggered by stressors. Safe to say, its effects are strong enough to set aside the problems of the day. 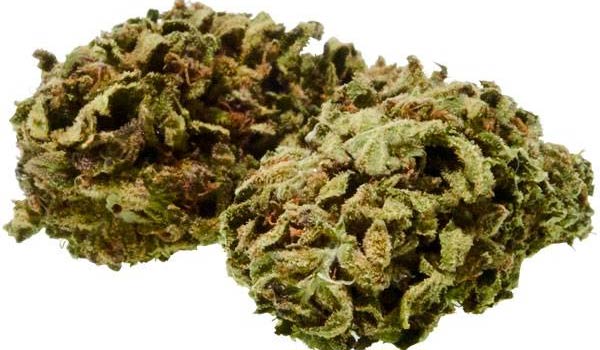 The perfect companion to a stress-crushing evening, Maple Leaf has an intense soothing buzz that thoroughly relaxes the body. It prevents the muscles from contracting and, as a result, slows down the transmission of pain to the nervous system. Its ability to unclench the stomach keep one from vomiting as well. Because of this, cancer patients can use the strain as an antiemetic that resolves the nauseating effects of chemotherapy.

As the strain’s head to toe high grows powerful, it settles down in the limbs and makes the eyelids feel heavy. Users rest easy throughout a peaceful night. Long-sufferers of sleep disorders such as insomnia find solace in Maple Leaf’s sedating qualities.

Maple Leaf is a staple strain for hash makers because of its heavy trichome production. It coats buds in sticky and glittery trichomes which give it a sheen against a backdrop of deep emerald green. However, its fiery orange pistils perfectly add depth to its hue. But, beyond that, growers are attracted to it for its ease of growth.

It is the perfect companion for first-time growers due to its sturdy frame and high resilience. It is a classic pure Indica that can grow indoors, outdoors, and in greenhouses. Moreover, it has a naturally short stature that barely reaches a meter so one can keep its height manageable. On the other hand, its thick stems give it an advantage with regard changing growing conditions.

It has a natural propensity for the cooler weather of the north and, when cultivated indoors, growers can adjust the temperatures to create a similar environment. It brings out its dark jade and also signals the strain to go into the flowering period. Outdoors, harvest comes around the middle of September to the early days of October with each plant producing at least 500 grams of buds.

Inside a controllable environment, the flowering period can last between 6 to 8 weeks. Growers can expect at least 400 to 500 grams of buds per square meter at harvest. To further enhance yields, one can manipulate the plant through techniques like the Sea of Green. It takes advantage of its compact structure inside a small growing space.

Mediums also matter. Using soil will bring out its flavors and intensify its scent. A soilless setup, such as hydroponics, will significantly improve bud and trichome production as well as hasten the growing time by delivering nutrients straight to the roots. The choice depends on the grower’s goal.

Have you grown or used the Maple Leaf strain? If not, would you like to get your hands on this strain? Please leave a comment to let us know what you think. We want to hear from you.