Lavender Jones’ vibrant hues of purple and a dense deep green background easily capture the eye. It inspires a curiosity among enthusiasts to try it out and experience the high it delivers. To that end, the Sativa-leaning strain does not disappoint. It delivers a stimulating but soothing head high that releases stress all over the body as it trickles down to the toes. Its terpene profile, which is dominantly that of lavender, is responsible for this blend of effects.

Its sweet lavender is from crossing Casey Jones and Purple Urkle. The former has a saccharine scent with earthy undertones that deliver a well-loved cerebral high. Meanwhile, the latter enhances it with its berry flowery goodness. It also has Indica-leaning effects that create the perfect tranquilizing comedown.

Sometimes called Purple Jones, the 70/30 Sativa-leaning hybrid that delivers a satisfying high that balances a surge of mental powers and a deep relaxation at the end. Its stress-crushing high is also a sought-after medical companion. It relieves stress, temporarily manages symptoms of depression, and appeases chronic pain among others. Indeed, its versatility keeps it up top.

Lavender Jones is a pleasant treat both to the senses. Like a flower bouquet comprised of lavender, it has a sweet and floral scent that masks its undertones of wet soil. Breaking or combusting the flowers reveals its pungent profile. When consumed, its flavors are quite diffused and blended evenly so that each puff has the same taste even when swirling it inside the mouth. On the exhale, it introduces a barely noticeable aftertaste of grape.

The fruity and sweet cannabis strain is a great stress reliever for tiring days. It delivers a refreshing high that keeps the mind working but unwinds the body without a couch lock. At the onset, it takes only a few drags of Lavender Jones to ease out the negativity. Its THC levels of 14% to 17% prepare the mind for a gentle euphoria that varies in degrees depending on the dosage taken. 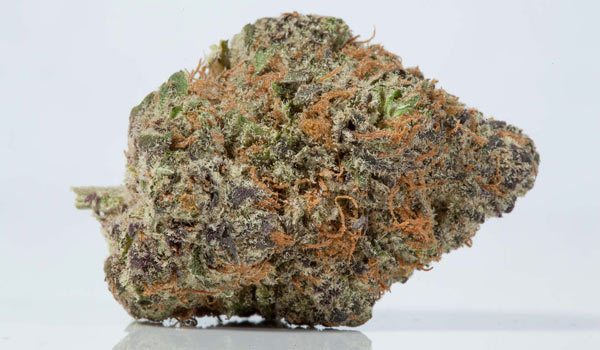 Gradually clarifying the mind, it creates more headspace for thoughts to roam or form freely. A sustainable increase in creativity is noticeable as ideas come to life. Thus, users may take advantage of the strain either for a whole day of fun or a casual brainstorming session. However, prepare lots of snacks before pouncing on the bud. After all, the mental stimulation does use up energy. Having food nearby will not only replenish the body but also soothe the appetite.

As alluded to earlier, Lavender Jones’ effects release tension or tightness from the body. It allows for relaxation – unclenching taut muscles with a tingling buzz that starts at the temples before gradually ebbing down to the toes. The body moves like a well-oiled machine in performing light physical activities. Keeping it from overwhelming one physically, however, is its initial cerebral high.

A dry mouth, parched throat, and irritated eyes are common reactions to smoking cannabis regardless of the strain. It is mostly mild but users may ease the discomfort by hydrating before and after the session. Enthusiasts with a history of mental illnesses like paranoia and anxiety may find Lavender Jones to be a catalyst, especially when it is used beyond tolerance levels. Dizziness or lightheadedness may sometimes accompany it. Setting back on the dosage or putting a limit can prevent these from happening.

Lavender Jones carries compounds capable of lifting the mood and stabilizing turbulent emotions. It makes the day more tolerable by bursting gloomy bubbles and, in keeping users happy momentarily, it relieves the mind of depressive episodes. Its ability to fill the mind with positive thoughts make it an impressive mental health soldier that battles against issues like depression or PTSD. In the same way, it also relieves stress. Its invigorating buzz keeps one alert with its vivid euphoria. 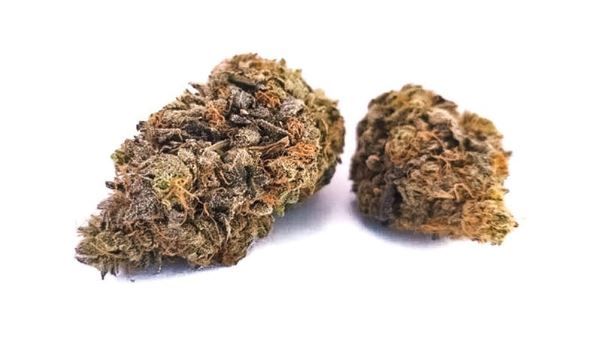 One of Lavender Jones’ most distinct qualities is its terpene profile. Lavender has been used since ancient times as an anxiolytic and anticonvulsant with sedative and calming properties that ease the body. Hence, it should come as no surprise that users feel more relaxed as the muscles unclench from either stress, disorder, or disease. Its calming qualities extend to the gastrointestinal tract as well. It keeps hunger pangs at bay while stimulating the appetite. Because of this, it is a source of reprieve for patients with eating disorders like anorexia and cachexia.

The strain is also instrumental for a well-rested night. It has a soothing effect on the both the body and the mind that lull users to a slow-wave sleep that fully enlivens users the next day. Its sedating properties also enhance its quality and quantity.

The first thing that catches the attention with Lavender Jones is its appearance. Round, dense nuggets line along its budding sites while its calyxes drip in resin. Not to mention, it has a deep green hue that perfectly bring out its royal specks of purple and crystallized snowy trichomes. Perfectly contrasting it are fiery orange hairs that covers the entirety of the buds. 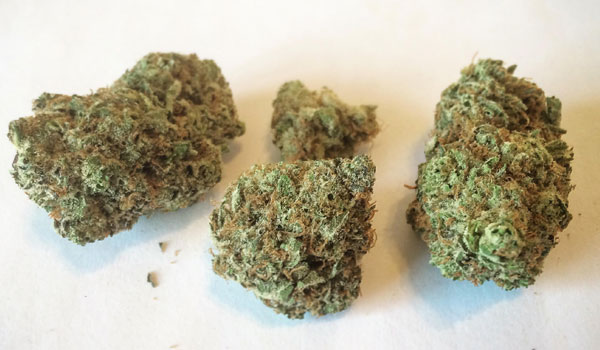 Lavender Jones is a sturdy plant with a propensity for the cool weather of the north. Thus, it is a great companion for both outdoor and indoor growing. In the latter, it takes 6 to 8 weeks of flowering time to produce buds with the desired flavors, aroma, and effects. The turnout ranges from 450 to 500 grams of buds per square meter at harvest. Gardens or farms, on the other hand, usually see flowers bloom from late September to mid-October with each plant producing at least 450 grams of buds.

The Sativa-dominant Lavender Jones usually grows strong and tall, up to two meters in height. Its wide intermodal spacing is the perfect candidate for the Screen of Green growing technique. It evenly distributes light by weaving the branches on to the net thus doubling bud production. Topping is also necessary inside growing spaces or tents to prevent its height from overwhelming small areas. Growers can then supplement the two with supercropping which enhances trichome.

Have you grown or used the Lavender Jones strain? If not, would you like to get your hands on this strain? Please leave a comment to let us know what you think. We want to hear from you.