TGA (The Green Avenger) Subcool is one of the most famous breeders and seedbanks all over the world. Their iconic strains have not only earned them recognition among enthusiasts, but also the esteem of their colleagues. Among the many notable traits of its products is its use of Brothers Grimm buds for parents.

During this period, the Brothers Grimm had gone on a long hiatus. The buzz around the company, although not erased, had quieted down as more and more breeders emerged. But, due to Subcool’s continuous use of their strains, their name persistently circulated among recreational, medicinal, and growing enthusiasts. This became one of the largest propellers of its fame during its comeback, apart from its impressive product line.

As a tribute, breeders at the Brothers Grimm took a rare male Vortex from Subcool’s the Dank with Genius, an Apollo 11 phenotype, to develop Green Avenger. It is a phenomenal strain which induces a potent, energizing high similar to downing two shots of espresso at once but without the downtime.

Its superpowers, however, do not end with recreational satisfaction. It also has some medical benefits such as alleviating pains, stress, and tiredness.

Green Avenger produces a pungent but harmonious blend of tropical fruits with a side of flowers. Its sweetness is subtle but grinding and combusting the bud intensifies its overtones of honey. Enhancing its aroma are its notable notes of pineapple which coat the tongue instantly at the first swig. Its citric smoke eventually takes over but it leaves a candied aftertaste on the exhale.

Green Avenger is a potent strain with THC levels that range between 18% to 22%. It is quick-acting too. Like a bold of thunder, it strikes in an instant. However, rather than a flash of light, its effects last for hours on end. It leaves users feeling happy as though floating in a cloud of euphoria when you smoke it with a vape pen.

At the onset, it lightens the load of a busy day. It delivers a clarifying cerebral high that frees up space previously occupied by chaotic thoughts. In its place are concepts that flow and form freely into ideas. 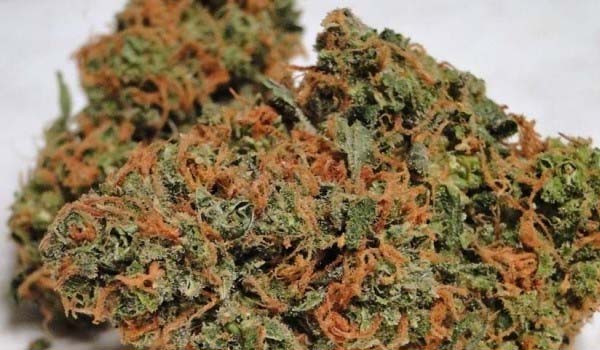 For casual users, the surge of creativity also comes with a fresh order of energy. It refreshes tired minds and enhances motivation by brightening the mood.  The upbeat disposition makes it easy to pursue and complete tasks.

With that said, the Green Avenger is best used in the morning or mid-afternoon. It has the perfect combination of wake-and-bake qualities that boosts creativity and energy levels. Not to mention, it makes the body limber so users can move around without problems.

Green Avenger has some drawbacks. Its speedy cerebral rush triggers anxiety, especially when used in immoderate amounts. It may also prompt a headache that lasts for hours. Slow-paced and small dosages prevent these side-effects from occurring. Meanwhile, drinking lots of water lessens the impact of the more common adverse reactions of cannabis use like cotton mouth and dry eyes.

Green Avenger assists patients by managing certain symptoms of mental and physical problems. In doing so, it revitalizes both the mind and the body with its soothing psychedelic high.

Its onset, for instance, is marked by a tingling sensation that introduces a sense of euphoria. It crushes stress and manages symptoms of depression and disorders like PTSD by temporarily overriding negative feelings with an upbeat disposition. At the same time, its calming euphoria addresses the overwhelming dread caused by neverending worries. 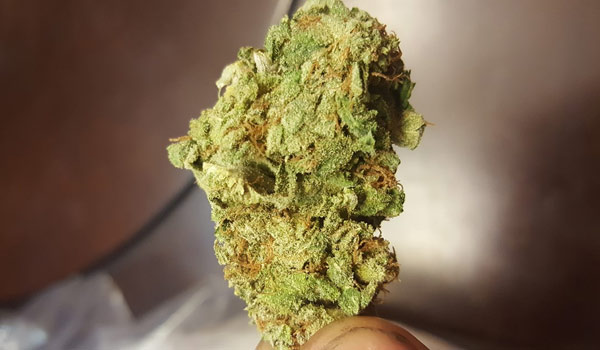 Its invigorating buzz extends to the appetite. It encourages users to eat heartily without feeling guilty. Hence, it is a source of comfort to long-sufferers of eating disorders like anorexia. It first prevents the stomach from contracting in pain by relaxing it with its tranquilizing effects so food travels quickly.

Similarly, it also reduces aches and pains all over the body. It kneads the muscles into deep relaxation while simultaneously addressing fatigue. Meanwhile, its anti-inflammatory properties reduce swelling and appease redness.

Green Avenger produces two phenotypes. One is taller like a Sativa while the other is a shorter, more compact Indica. Another major difference between the two is its aroma. The former is slightly muted, less pungent while the latter produces a fruity scent commonly associated with tropical strains. However, both have elongated colas that are filled to the brim with resin and trichome, making it sticky to the touch. 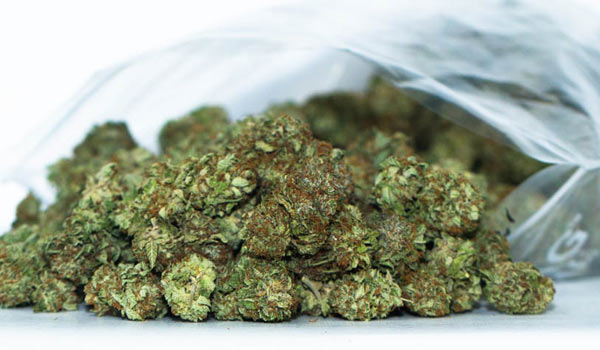 While largely different in structure, the two variants are sturdy fast-flowerers that make for an impressive introductory strain for beginners. Moreover, it flourishes well regardless of its environment.

Pruning by removing dead foliage and stems is essential. It ensures that nutrients travel to healthier budding sites while also improving air circulation in the lower nodes. Combining it with topping will help the plant produce two or more colas. It also forces the plant to flower early. Although, the Sea of Green assists the batch hastening its flowering period.

Indoors, it takes about 7 to 9 weeks for Green Avenger to fully flower. It produces between 450 to 500 grams of buds at harvest. But, users may manipulate factors such as temperature and lighting for higher yields. Lowering temperatures encourage the strain to go into the flowering period. Meanwhile, switching to higher intensity lights with at least 400 watts results in more energy for bud production.

For outdoor rearing, growers will need to protect it from mold, mildew, and pests such as spiders or mites. Although sturdy, it is not totally immune to the problems that uncontrollable factors bring. Thus, one should set up precautions like even spacing between each plant, installing nets, and spraying pesticides when needed. Plants cultivated in April will likely mature between the last weeks of September to the second or third week of October with each plant yielding at least 500 grams of vibrant green buds adorned with red, ribbon-like pistils.

Have you grown or used the Green Avenger strain? If not, would you like to get your hands on this strain? Please leave a comment to let us know what you think. We want to hear from you.