Cannalope Kush, jam-packed with intense flavors and potency, assures enthusiasts of a beyond-the-clouds kind of high. The euphoric effects may take one out of this world but its heavy-hitting body keeps one from further taking off. Choosing to have users floating in delight instead with a light weighted buzz that encompasses total well-being.

Tracing back its roots reveals that it inherits its relaxing touch from OG No. 18, a phenotype of OG Kush popular for producing a transfixing high. It also offers an herbal aroma that perfectly blends well with its soothing nature. The notable Indica properties of the bud also anchors the high-flying sativa of its partner, Cannalope Haze.

With its addition, Cannalope Kush earns the exhilarating energy and melon scent that rouses the senses from lethargy. Its mentally activating high is not without its underlying, therapeutic benefits. Its ability to enrich tired souls, for example, invigorates users from stress-induced fatigue. Meanwhile, its comforting body buzz earned it the title “Momma Kush” in northern Carolina.

Cannalope Kush is one of the more fragrant variants in the Kush family, a line hallmarked by its rather skunky and pungent appeal. This, on the other hand, emits sugary notes from a salad of flowers topped with a squeeze of lemon juice. Its zesty citrus is accentuated by the fuller flavor of earth.

Today, surviving through a fast-paced routine is a tiring. But, it is the standard way of living that people must conform to as falling behind may have dire consequences. Because it is difficult to keep up, having a natural energy boost now from either coffee or an invigorating herb like Cannalope Kush truly helps.

A tingling sensation in the head is felt during the onset. With each puff, it intensifies until it eventually develops into a surge of energy rushing through the muscles. In the mind, it is a euphoric clarity that sets the tone for a positive day. The upbeat disposition brings tired souls back on the daily grind.

A great recreational strain, Cannalope Kush can also be used right before brunch or other daytime social functions. It brings refreshing ideas and happy memories to the table as users are enveloped by a bright, talkative spirit.

Behind the scenes, a soothing buzz creeps down from the temples. Though powerful, it is not at all sedating. Neither does it plant a heaviness in the limbs. Rather, it strengthens the initial rush of energy with a persistent flow of liveliness. Preventing it from going overdrive though is a subtle, barely noticeable counter-weight that releases tension from all over the body. This makes it possible to do activities with a light mind and body.

With a potent THC content of up to 25%, the high-flying psychedelic high can go bad pretty quickly. As such, it is best to use the strain with caution.

The best way to use Cannalope Kush, or any strain for that matter, is slow and steady. If accidentally used beyond one’s limits, greening out is possible with users experiencing dizziness, anxiety, and mild bouts of paranoia. Most of the time, however, one only experiences dryness in the eyes and mouth as cannabinoids inhibit the production of moisture.

Cannalope Kush is an ideal strain for relieving a variety of physical and mental plights. It contains anxiolytic properties that dodge the crushing penalties of stress and encourages a cheerful mindset.

Not only that, but it also has anti-depressant features that soothe troubled minds. It gives individuals with mood disorders a higher chance at attaining inner peace and mental serenity albeit for a few hours only. The shift to optimism also replenishes lost energies that keep people from being weighed down by chronic fatigue. 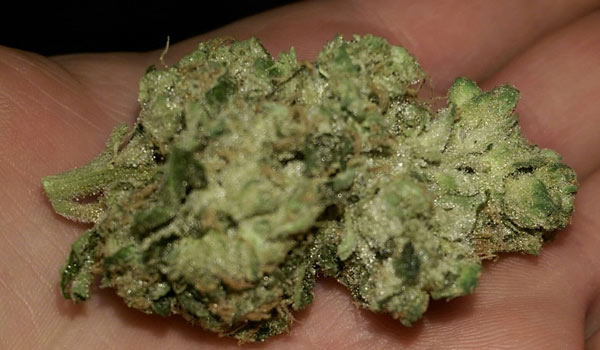 No cannabis is without its physical benefits too, as cannabinoids are naturally packed with analgesic and anti-inflammatory qualities. Through it, troublesome conditions like muscle cramps, backaches, migraines, eye pressure or PMS can be wiped away temporarily. This keeps the body comfortable and equipped to brace the day with a bounce in every step. Moreover, the usual stress that comes with work are also momentarily silenced for an extended period of the day.

Generous in its yields and relatively easy to cultivate, harvest time comes as an exciting and rewarding moment for beginners and veterans alike. In terms of its production, it is a vigorous yielder with each plant generating large and dense buds that branches snap under its sheer weight. 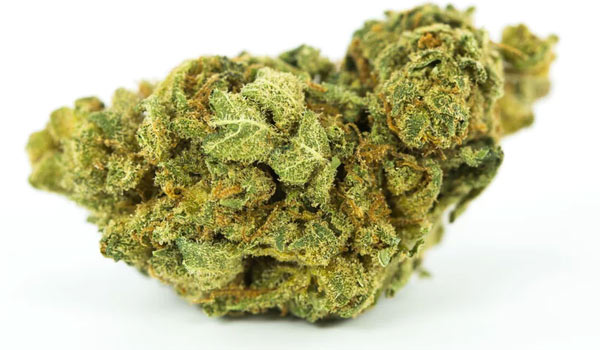 Other than needing additional support, pruning or trimming is also necessary to increase airflow in the lower canopy. This also aids in controlling the humidity level, although the plant itself has a fairly high resistance against mold and mildew.

Taking on a short height of 150 cm or less, indoor cultivation would be the ideal scenario as its natural form already makes it manageable for lateral growing. Not only that, but it can reach its full potential in a controlled environment where temperatures can be kept between 21 and 27 degrees Celsius.

To maximize the production of its buds, grow using soil then make use of a Screen of Green setup under a 600 watts HPS. This also helps cut down its vegetative cycle, allowing for a faster turnout. In optimal settings, flowering can be as short as 8 to 9 weeks with a bountiful yield of 500 to 600 grams of buds per square meter.

The plant flourishes well under a warm and sunny Mediterranean climate and is usually ready for harvest by the middle of September with a lavish yield of 600 to 800 grams of buds per plant. It does not take kindly to frost, therefore people living in the north should anticipate hotter seasons to ensure the crop thrives.

Have you grown or used the Cannalope Kush Strain? If not, would you like to get your hands on this strain? Please leave a comment to let us know what you think. We want to hear from you.