Endless Sky is undoubtedly one of the most popular strains in the world up-to-date. In stores, it is constantly sold out within days or weeks after the release of a new batch. And, sellers at various dispensaries continue to receive calls asking for a restock.

Of course, that is only expected. After all, the Indica-dominant strain has a sweet smoke that delivers an impressive head-to-toe high. It clears the mind too and, as a result, users end up with profound thoughts as though one were inspired by looking above the vast expanse.

All gratitude can be attributed to Greenthumb Seeds that took the sturdy genetics of an Iranian Indica landrace. Apart from hardiness, Endless Sky also gained a natural resistance to mold and mildew. To enhance its potency, as well as cement its Indica genetics, the breeders added in Grenadine. Not to mention, the upscale seed bank also specializes in creating indoor or outdoor strains that adapt well to cold weather such as that of Canada.

Endless Sky is a pungent strain with a sweet smell that permeates throughout the room as a bag of its buds are opened. And, when broken apart or combusted, the scent turns into a saccharine smoke with strong fruity overtones of berry. On the exhale, it leaves a buttery aftertaste in the mouth.

Endless Sky’s effects are not quick to start. In fact, rather than a head-slamming high, it has a gentle rush of euphoria that creeps in slowly. It induces a feeling of immense awe at the world and the infinite galaxies beyond the boundless abyss called a ‘sky.’ 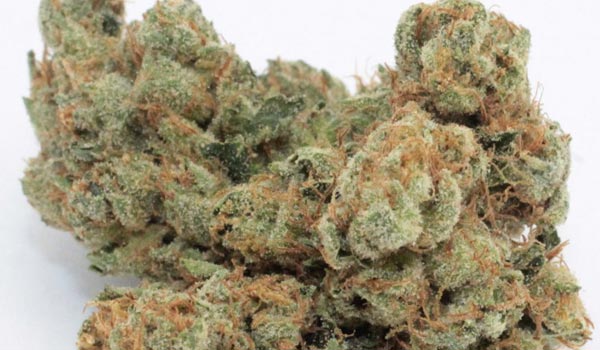 The initial onset inspires a surge in creativity. Under the bright stars, the mind is open to a myriad of possibilities as thoughts flow and form freely in the mind. Motivation also rises as users feel the need to complete tasks. Feeling content, the productivity reignites one’s own innate sense of happiness.

After about an hour or two, the same subtle energy from between the eyes trickles to the rest of the body. It relaxes the muscles as it ebbs down. Although subtle at first, its typical heavy-hitting Indica buzz eventually intensifies until it plants a heaviness in the limbs. In all likelihood, users lounging on the couch or hanging out at the bed will fall into a deep, unencumbered sleep.

Dryness is a typical side effect of marijuana use. Its symptoms are most notable in the eyes and, as cannabinoids inhibit the production of saliva, the mouth. It is usually mild and barely noticeable. Often, too, it goes away on its own after a few hours. However, if symptoms persist, users may down a few glasses of water throughout the day to stay hydrated.

Stress relief is among the top answers enthusiasts give when asked about cannabis consumption. This should come as no surprise though, since it contains cannabinoids that relieve the overwhelming dread that come with life’s daily stressors.

To this end, Endless Sky works perfectly. It delivers a calming euphoria that clears the mind and effectively reduces stress. The serenity it brings also hushes the self-depreciating thoughts that mental health issues like depression, anxiety, and PTSD continuously repeat. For this reason, it also works as a great anti-depressant.

The invigorating buzz, albeit subtle, extends to the gastrointestinal tract too. It stimulates the appetite while simultaneously getting rid of cramps that prevent food-deprived patients, suffering from either cachexia or eating disorders like anorexia, from eating properly. This is also precisely why Endless Sky is best consumed right before a meal. 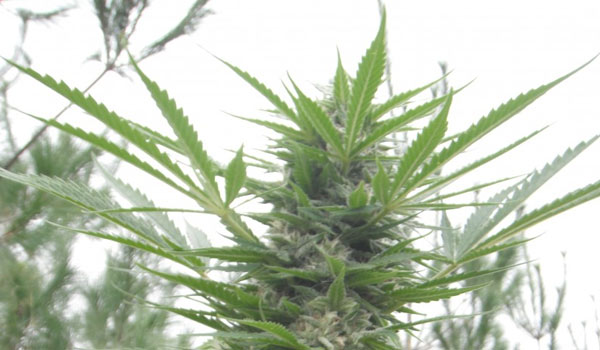 In high concentrations, THC turns into a natural painkiller than soothes the body of aches and pains. Another significant trait of Endless Sky is its anti-spasmodic properties which deliver a soothing buzz to the muscles to prevent painful spasms that can keep patients awake at night.

Free of mental and physical inhibition, the synergy of effects gently cradles one to a state of peace and tranquility. Eventually, the eyelids begin to droop as a heaviness prompts users to sleep.

As alluded to earlier, Endless Sky is a sturdy strain that can withstand a variety of unfavorable environmental conditions. For example, its mold and cold resistant genes prevent it from succumbing to problems brought about by humidity.

This is not to say that growers can leave the plant alone outside to fend for itself. Basic gardening skills is still necessary such as when the weather is harsher especially in the northern hemisphere where snow falls. In such cases, it is best to prepare a temporary enclosing as the plant might die from frost bite.

With that said, the best time to germinate and plant seeds is around the early part of May. In this way, growers can see the flowers blossom quickly from the middle of September to the early days of October. Each plant is expected to produce a hefty yield of 300 to 1200 grams of buds.

Indoors, Endless Sky performs just as well. However, growers will need to employ growing methods like the Sea of Green and bending to improve yields. The former utilizes a short plant’s compact structure by placing it together. Meanwhile, the latter ensures an even canopy that helps circulate light and air in the lower nodes. It also encourages higher trichome production. On another note, pruning helps create more colas. After flowering for about 6 to 8 weeks, it should produce between 400 to 500 grams of buds per square meter.

Have you grown or used the Endless Sky strain? If not, would you like to get your hands on this strain? Please leave a comment to let us know what you think. We want to hear from you.