When it was first introduced in the 1960s, Haze took the world by storm. It was a potent Sativa with a diverse landrace background, that spans from Colombia, Mexico, Thailand, and South India. Today, it has turned into aa staple in the cannabis industry for its high-flying cerebral effects and unmatched creative buzz. In fact, it is the standard when it comes to creating Sativa-leaning strains.

Using its genetics as a base, Dutch Passion created the illustrious Dutch Haze and debuted it in 2009. Like its parent, its buds have the delicious tropical terpene profile with strong citric overtones and earthy undertones. It also grows tall but is not at all lanky.

What sets Dutch Haze apart from its parent is its intense bodily effects. After inducing an equally impressive head high, its THC of up to 27% begins to soothe the muscles until it is fully relaxed rather than energized.

Typical of Sativa-dominant strains, Dutch Haze has a fruity terpene profile with sour overtones. There is a hint of citrus that fills the room when the buds are either broken apart or combusted. In spite of its tangy smoke, it swarms the mouth with a sweet taste of ripe lemons. On the exhale, it leaves an earthy aftertaste.

Dutch Haze has a cerebral-focused onset that begins with a rush of euphoria that clears the mind. It creates a path for thoughts to flow and form freely and, in doing so, raises creativity levels. Moreover, it boosts low energy levels while raising the mood. Because of its great wake and bake qualities, the Sativa-dominant strain is best used during the day particularly early or mid afternoon. 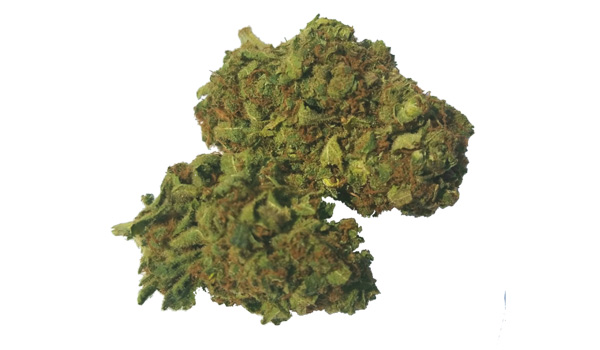 It is best to have snacks prepared ahead of time before starting a session. After all, the intense mental stimulation as well as the resulting productivity consumes quite a lot of energy. Having some food ahead of time will help replenish any lost stamina.

After about an hour or two, the strain’s Indica effects begin to manifest. It starts from the temples as a light pressure that gradually intensifies as it moves down to the rest of the body. In all likelihood, users will want to lounge around the couch as the deep relaxation persists until one falls asleep.

Dosage plays a major factor with regard to how one experiences Dutch Haze. Beyond individual tolerance, it can trigger anxiety as it heightens awareness and sharpens the senses. This is especially true for people who are susceptible the condition. Hence, it is important to start small and slow before gradually building it up.

A more common experience is dryness which is the result of cannabinoids interfering with moisture production in the body. It is most notable around the eyes and the mouth but is still too mild. Moreover, it goes away on its own too but, if symptoms persist, users can down a few glasses of water throughout the day.

Dutch Passion is among the top seed banks around the world. In fact, the group was crowned Best Seed Bank in 2014 at Spannabis for the service it has provided since 1987. As such, it should come as no surprise that its product Dutch Haze is an extremely valuable strain for both the recreational and medicinal community.

For example, apart from raising the mood, the happy high also reduces stress. At the same time, it stabilizes turbulent emotions that are often exacerbated by chronic dread or anxiety from life’s stressors. This is also precisely why the strain works effectively as anti-depressant in the management of mental health conditions like depression and PTSD. 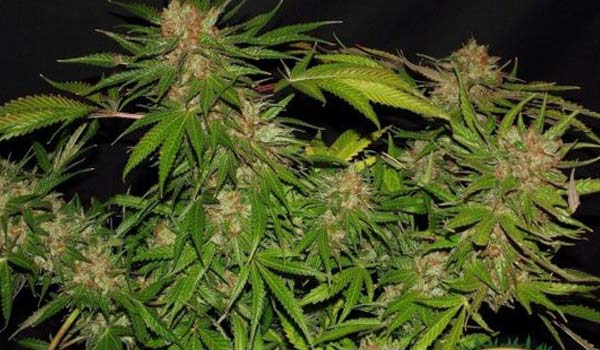 The same psychoactive compound also stimulates the appetite while relieving users of various aches. However, before it reaches the gastrointestinal tract, it first relaxes the muscles all over the body beginning from the temples. As it soothes cramps in the stomach, it allows patients suffering from cachexia or eating disorders like anorexia to enjoy a meal without the unnecessary spasms.

Most Sativa-dominant strains are lanky and Dutch Haze is no different. However, one major difference is that it is a lot sturdier. It has a natural resistance to spider mites which can stunt a plant’s growth or health. Meanwhile, its airy structure provides it with good resistance to humidity-related problems like mold or mildew.

Still, growers must prune the plant often. Cutting away broad fan leaves will help spread light to the lower nodes while further improving ventilation. Removing dead or dying branches will also focus nutrient distribution to healthier parts of the plant. In this way, it can continue to thrive regardless of its current environmental conditions.

Thus, in spite of its natural propensity for tropical Mediterranean weather, Dutch Haze still performs well in the northern hemisphere. It may take longer to mature though, usually flowering from the last week of October to the middle of November. It produces up to 450 grams of buds per plant.

Indoors, growers must ensure to create a growing space that mimics its natural habitat. Installing high-intensity HPS lights between 600 to 1000 watts, for example, will provide adequate lighting. Using soil will also enhance its delicious flavors. Although, one can still take advantage of a soilless medium like hydroponics for higher yields and faster growing period.

Employing methods like Screen of Green help create an even canopy while creating more colas for buds to bloom. Super cropping, on the other hand, will further invigorating trichome production. Within 9 to 11 weeks, the plant will produce 350 to 450 grams of buds per square meter.

Have you grown or used the Dutch Haze strain? If not, would you like to get your hands on this strain? Please leave a comment to let us know what you think. We want to hear from you.