If there is one strain that lives up to its name, it is the Big Bang from Green House Seeds. There are two reasons for its famous moniker: first, its plants explode with vigor during the whole cultivation process with some shooting up to 7 feet tall.

Second, its effects can be explosive especially when used beyond personal tolerance. It will hit fast with THC sensitive beginners swinging instantaneously to sleep right after. In moderation, however, it is a calm euphoria that keeps users functional until its sedating effects begin to take over.

In creating the strain, the breeder used the vigorous Skunk #1 and illustrious Northern Lights to produce a strain with a sweet scent of apple and hint of cheese. Although, its earthy undertone is reminiscent of its other parent strain, El Nino. The three-way cross also produced a strain with a stimulating head high that, if not for its sedating buzz, would have been a great wake-and-bake companion.

With a high THC level reaching up to 19%, and CBD load of up to 0.1%, Big Bang is not only a recreational go-to but also a therapeutic source of comfort. In fact, it even won third place in the High Times’ Cannabis Cup in 2002 for its effects.

Big Bang smells like a mix between a fruity floral bouquet and redolent candied apples. A hint of something citrus like berries is present too especially when one takes a better whiff of the strain. When broken down to pieces, the buds bear a skunky smell similar to cheese. The sweet synthesis is undeniable, evidence of the fragments of its genetically diverse three parent lineage. As the greens are lit up, a phenomenal fusion of wood, earth, and chocolate swarm the palate and even linger toward the exhale.

Unlike the typical strain, Big Bang bursts with a cerebral onset which prompt specs of happiness as part of the euphoric high. As the impact wears on, an influx of ideas and thoughts boost one’s confidence to engage in conversation. There may even be non-stop talking as one’s creative juices continue to flow. 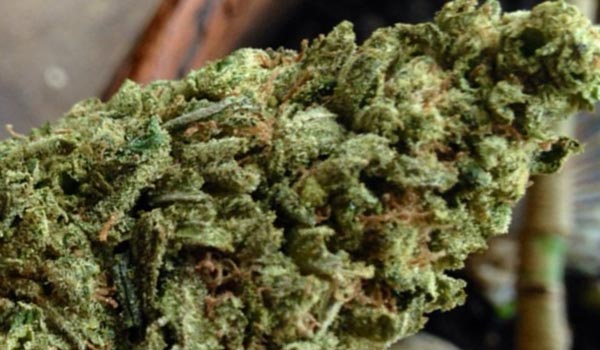 Still, this strain is preferred as an afternoon or evening companion, rather than a morning partner due to its heavy-hitting Indica effects. Right after Big Bang’s mind-bending prowess comes the heavy sedation, that begin with a tingling sensation in the temples.

Slowly and gradually, it moves down to the rest of the body until it makes the eyelids and limbs feel heavier. Smoking nearby a couch or the bed will help one ease into the calming, tranquilizing effects. And, complemented by the initial uplifting high, users bask in an innate senses even when drifting off to dreamland.

Being such potent strain, some repercussions are possible especially when the bud is consumed in high doses. Red flags that users must look out for are associated with greening out, in which one experiences a temporary dizziness that can trigger anxiety. At times, it may even escalate to a subtle feeling of paranoia. These warning signs are the very reason why this strain is not recommended for outdoor use. Best to stay in an area that is both safe and comfortable. Although, most of the time, the adverse reactions are limited to a cottonmouth along with reddish eyes.

The first thing that comes to the mind when speaking of Big Bang is its palliative qualities. Its psychedelic high is often described as a soft, warm blanket of relaxation accompanied by a cerebral calm that provides comfort for patients dealing with various medical afflictions. 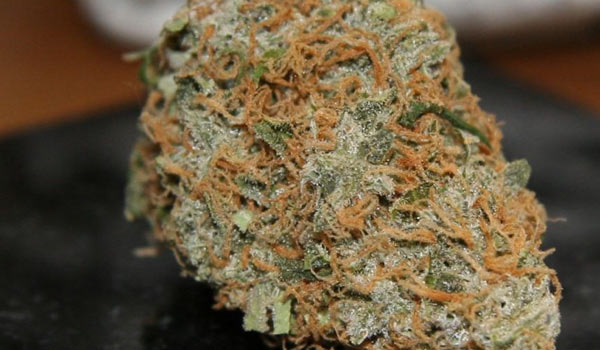 The same psychoactive compound also has analgesic and sedative properties that blanket the body with heavy relaxation. It is a light pressure that kneads the ache away as well as prevent the muscles from suddenly contracting, causing painful spasms. At the same time, it also removes the physical fatigue that users experience as a result of stress.

Once the effects ease down, the eyelids feel heavier with the body buzz lulling users into peaceful relaxation. Eventually, one slips into a deep slumber – a sought after relief for insomnia.

Big Bang is a vigorous producer that bears up to 800 grams of buds per square meter when grown indoors. Outdoors, it performs even better as growers can expect up to 1,000 grams of glorious buds when cultivated in either a garden or farm. 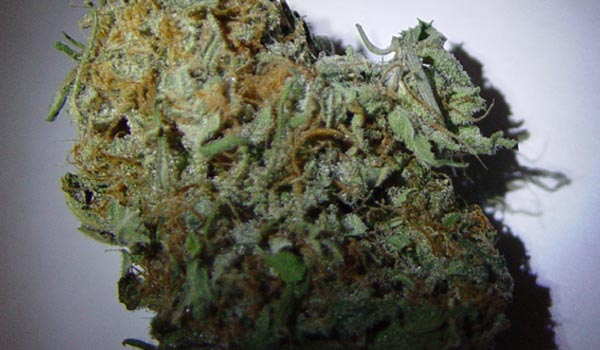 Not to mention, it is a sturdy strain that can withstand a myriad of unpredictable factors such as fluctuating or cool temperatures. Although it bears an easy growing profile, having basic gardening skills is still necessary especially when it comes to doubling yields and trichome production.

The SOG (Sea of Green) method maximizes its branchy, outward grow, wherein at least four plants in a single square meter. In this way, it is forced to flower early while ensuring the creation of more budding sites. Bending and applying high-stress training methods like super cropping, on the other hand, will significantly increase trichomes.

Indoors, growers can choose between different types of mediums Among the most popular are soil and hydroponics. The former enhances its terpene profile while the latter produces cleaner buds at a faster and higher rate. Gauging the pH level is a vital part of the process which should start from 5.6 (hydroponics) or 5.8 (soil) up to 6.5 by the end of flowering. With that said, harvest period lies between 7 to 9 weeks.

One thing to remember, though, is that its internodes are compact as well which requires more pruning for better ventilation and light. When all these methods are adequately employed indoors, Big Bang plants may grow up to two meters long.

In a garden or farm, planting it in 5-gallon containers is recommended so growers can easily move it indoors during extreme weather such as frost. A bigger pot also gives more chance for root activity resulting in Big Bang staying healthier in spite of the changes in climate. Harvest usually falls from the second to the fourth week of October.

During the flowering period, Big Bang produces small, grape-like buds that cluster around multiple budding sites of cluster. Each is layered in a heavy dose of trichomes. Beneath it, however, the color appears to be a dull shade of gray because of its resin.