Cracker Jack looks gentler than what its name may suggest. It is fluffy with evident hints of wood and pine at the first whiff. A stunning coat of trichomes blanket each bud, alluding to its high THC levels of 20% to 21%. Although best reserved for seasoned users, beginners may still enjoy the strain with pacing and moderation.

The high-spirited strain delivers an invigorating head rush within minutes. It clears the mind while simultaneously stimulating it. Of course, nothing short is to be expected of Cracker Jack. After all, it is a descendant of the beloved Jack Herer which continues to wow the world with its cerebral euphoria and medicinal prowess.

Green Crack intensified the energizing Sativa effects as well as improve its flavors. However, its most notable influence is in Cracker Jack’s sturdy growth profile. Because of it, the plant can grow without much ado in the northern hemisphere.

High THC levels result in more pungent buds. As such, it should come as no surprise that Cracker Jack has a strong scent. Its profile is a blend of spices and herbs with a hint of sweetness. Inhaling its smoke introduces flavors of fruits such as blueberries. On the exhale, it leaves a blend of lacquered wood like refreshing pine.

Cracker Jack is not one to take things slow. It delivers a quick-acting buzz that starts off within minutes after the first few puffs. Immediately, users experience a behavioral change. Smiles broaden as moods lighten. It is not uncommon to see one seem happier than usual. 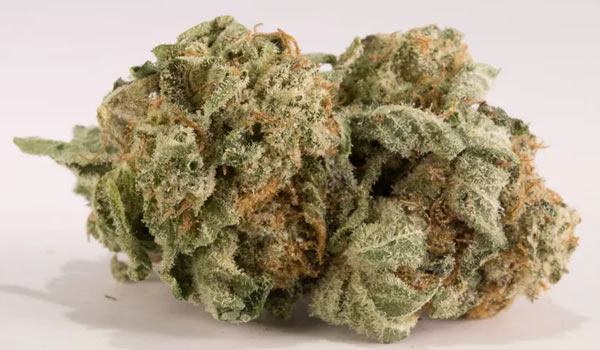 For casual users, the onset is a rush of energy that invigorates the whole body. It enhances motivation and creativity as the surge of euphoria swarms the mind. Its impressive wake and bake qualities create free space for thoughts to flow and form into groundbreaking ideas. With a better drive to finish tasks, one works for hours on end.

After about an hour or two, the refreshing buzz continues to deliver energy all over the body. It complements the initial head rush by bringing back the body’s dexterity. Like a well-oiled machine, users move with ease while completing tasks. This is precisely why it is an impressive wake and bake strain that users can enjoy before coming in for work.

Smoking marijuana, regardless of the strain, always ends up in dry eyes and a cottonmouth. After all, cannabinoids have moisture-inhibiting properties. It can be quite uncomfortable as it lasts for hours on end and can sometimes be accompanied by dizziness. In such cases, it is best to down a few glasses of water throughout the day.

Cracker Jack can sometimes lead to a disorienting headache that is accompanied by a subtle feeling of paranoia when used in high doses. It can also be affected by one’s disposition before the high. During such cases, it is best to stay away from smoking the bud until one is in a better mood.

Presumably, Cracker Jack is a recreational strain. However, it remains to be of significant therapeutic value to the medical marijuana community. It delivers a stimulating head high with tranquilizing effects on the body that provide a reprieve to various patients suffering from mental and physical ailments. Its happy high, for example, has an uplifting effect on the mood. It brings low spirits up while clearing the mind of negativity. Replacing it is a rush of euphoria that brings back happy memories, motivation, and a boost in confidence. Because of this, it is not only a great stress reliever but also an impressive anti-depressant that manages symptoms of mental health issues like depression, PTSD, and anxiety.

On the physical, it delivers a soothing buzz that takes away aches and pains starting from the temples. It instills a sense of physical peace as it puts users at ease. But, at the same time, it also gets rid of fatigue or over exhaustion. Meanwhile, its anti-inflammatory properties reduce redness and swelling while preventing the muscles from painfully contracting. Because of this, it is an effective albeit temporary remedy for cramps and muscular spasms.

Cracker Jack exhibits traits that lean toward a Sativa growth profile. It is tall with thin stalks and branches. However, it is not at all sensitive. Despite its propensity for warm weather and long hours under the sun, it grows well in the northern hemisphere. 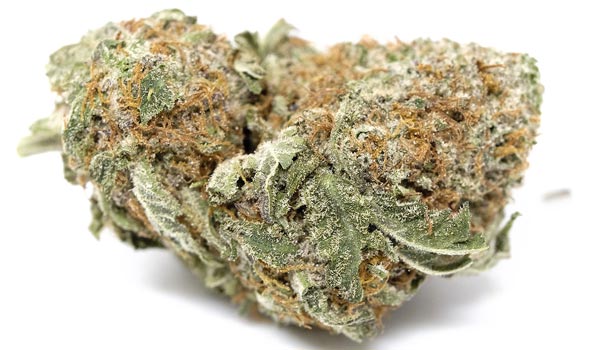 Growers will need a temporary enclosing when cultivating the plant in gardens or farms. It will protect the plants against harsh weather such as strong winds, heavy rains, and possible frost. Flowers should begin to bloom and finish maturing by the second to the last week of October. At harvest, it produces at least 500 to 550 grams of buds per plant.

One may also grow the plant indoors where factors such as lighting, temperature, and humidity are adjustable. It does not supplant the sunlight and open space that the outdoors provides though. Hence, it should come as no surprise that Cracker Jack produces a lower amount of buds. Growers can address this by training the plant.

Topping, for instance, will keep the plant short. In this way, it does not interfere with light and air circulation in the lower nodes. Meanwhile, its lanky structure is the perfect candidate for the Screen of Green method. It requires installing a screen above the current canopy then weaving the branches into the net. This will even out the foliage while distributing light to the lower nodes effectively. Because of this, it will create more budding sites therefore increasing bud production.

Indoor flowering usually comes around 8 to 10 weeks after initiating the blossoming period. At fully maturity, it 350 to 400 grams of buds per square meter.

Have you grown or used the Cracker Jack strain? If not, would you like to get your hands on this strain? Please leave a comment to let us know what you think. We want to hear from you.