Kryptonite and Blueberry are powerful strains that have dominated the cannabis industry. The former has a powerful body buzz that can be devastating if used beyond limitations. Meanwhile, the latter introduced a fruity terpene profile that broke the earthy stereotype held by many Indica-leaning strains of the 1970s.

Mixing the two together results in Blue Knight, a royal delicacy that brings worlds together with its head-to-toe high. Its buds boast a beautiful royal blue with purple streaks that, when consumed, taste nothing short of a blueberry muffin.

The Indica-leaning strain has a long-lasting buzz that lasts up to four hours. It crushes stress and tension in its wake while calming the mind of worries.

A treat fit for a king or a queen is the best way to describe Blue Knight’s terpene profile. To the senses, it introduces itself as a pastry favorite reminiscent of either vanilla cookies or blueberry muffins. Breaking it apart releases its earthy undertones which intensify when the buds are combusted.

Blue Knight’s smoke is thick and fulfilling. In the palate, there is a harsh note of haze and hash that later fades into the background by sweet fruit. Its exhale, however, is slightly spicy and woody.

Happiness is in the air or, in this case, in a few swigs of Blue Knight’s smoke. It begins as a tingle around the eyes and temples before slowly moving down to the rest of the limbs. However, its creeper of a high typically does not start until at least 15 minutes have passed. As such, users should be wary when using the strain. Otherwise, it can induce a couchlock with its heavy-hitting hand. 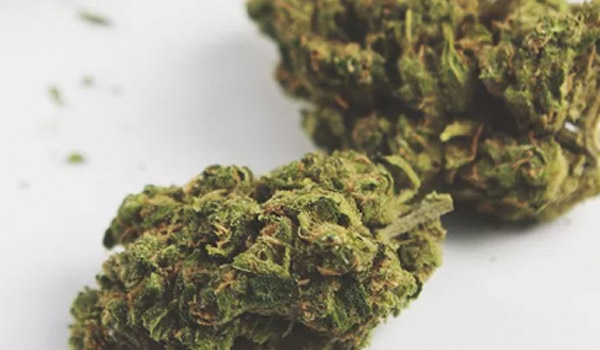 The magic begins at the onset, as a euphoric high creates an environment conducive to happiness and cerebral uplift especially when shared among friends. Keep snacks nearby as there may also be cases of munchies throughout its lasting effects.

A slight distortion of vision and sounds follow the initial head high. This is not a cause for panic though as a wave of tranquility is close. If anything, it is a light pressure surging through the muscles that overlay any stress or worries with a blanket of relaxation.

Blue Knight is best enjoyed early in the evening, or late in the afternoon. It jolts the mind until couch lock takes over. The effects usually last for three to four hours, or until the body gives in to a deep slumber. However, depending on the dosage, it can be a great bedtime companion for a night of passion instead.

Blue Knight’s whopping THC level of 27% should serve as a warning. Consuming enormous amounts of Blue Knight can trigger anxiety or result in a subtle feeling of paranoia, especially for users with a history of past panic attacks. Most of the time, however, one only ends up with mild cottonmouth and dry eyes. 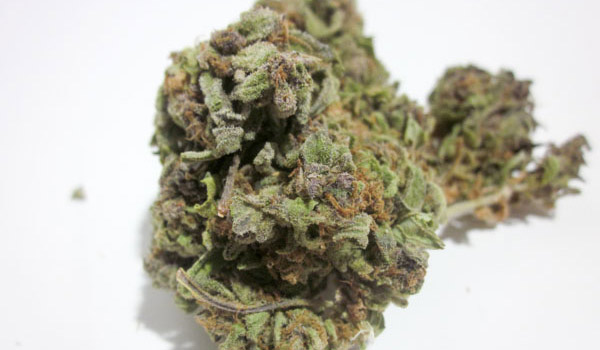 When using Blue Knight, take into consideration the tolerance to this strain and medical history before devouring. The best option is to take a small amount to test the body’s limit before increasing dosage.

Blue Knight fights the stress brought about by everyday problems with its mind-positive buzz. In inducing its happy high, it also manages symptoms of depression, PTSD, and other mental health issues. At the same time, the calm euphoria stabilizes turbulent emotions and worries. For this reason, it is highly advisable for people dealing with anxiety.

Although subtle, its stimulating buzz also brings back the appetite. Hence, it is a source of comfort for patients dealing with cachexia or eating disorders like nausea. 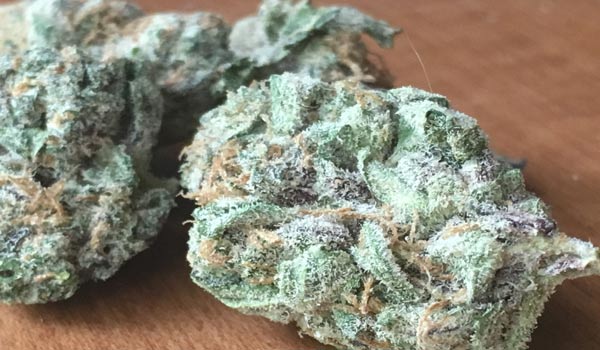 Its high levels of THC, along with its equally impressive CBD content, effectively mitigate symptoms of chronic pain all over the body. As it begins in the temples, Blue Knight can quickly reduce the discomfort caused by headaches as well as intraocular tension which can lead to the development of glaucoma if left unattended.

Deeply relaxed mentally and physically, Blue Knight plants a heaviness in the limbs that eventually knocks users out. This is also precisely why it is crucial that users choose a location where utmost comfort is possible without any disturbances around.

Blue Knight seeds are a rare find. As such, many growers resort to acquiring clippings of the noble flora. For this reason, it may not be suitable as a beginner’s strain. However, once it develops a root system, it becomes fairly easy to grow. The growing environment is not too burdensome to set up. It thrives both indoors and outdoors and only needs a semi-humid climate. 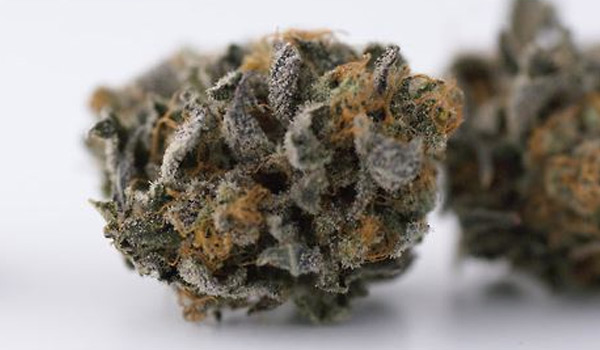 Indoors, it can mature in as short as 8 to 10 weeks with each square meter of space producing up to 650 grams of delicious buds. However, one may need to prune the plant often. A cramped up space can hasten the development of mold or mildew in any area of the plant that harbors moisture. Apart from increasing airflow and redistributing light, removing branches or leaves will also improve nutrient distribution in healthier budding sites.

Normally, the controlled growing space should have a temperature between 23°C and 27°C. However, if the goal is to bring out the strain’s innate beauty, attempt to lower the temperature more. The colder the environment, the bluer the strain becomes.

When cultivated outdoors, Blue Knight fully flowers between the second to the last week of October. Growers can expect each plant to yield at least 700 grams of buds. It may need some added protection, such as a temporary enclosing, against the frost as it can stunt its growth

Once mature, it produces relatively large buds that sport a conical shape with one tapered end. It has blue and purple streaks combined with deep green shades. Its clear trichomes add a glistening gleam to its look.

Have you grown or used the Blue Knight strain? If not, would you like to get your hands on this strain? Please leave a comment to let us know what you think. We want to hear from you.