Seeing a cluster of buds crowding each cola during harvest time is a grower’s dream. Cluster Bomb guarantees such an outcome through its vigorous production in the grow room. Moreover, it is a quick flowerer.

Its high-yielding potential is a direct influence of Skunk #1, a hybrid that shares a seat among the top breeding strains in the cannabis industry.  It not only produces high yields but also has a strong resistance against mold and mildew. Enhancing its structure is Cinderella 99, which quickly garnered fame for its growth profile too. With it, breeders from Bomb Seeds successfully hastened the flowering period of Cluster Bomb.

Cluster Bomb is, without a doubt, a versatile strain. Its THC levels range between a mild 15% to a commanding 20%. Drawing in its fruity smoke delivers a high that is vehemently enjoyed by both beginners and veterans alike. Not to mention, it has significant therapeutic value too.

Taking a whiff of Cluster Bomb’s buds are enough to indulge the mind in tropical bliss accentuated by a subtle sweetness. In the palate, it bursts with the exotic flavors of sour strawberry and zesty citrus. Swirling the smoke in one’s mouth leaves a tangy yet saccharine aftertaste reminiscent of fruit smoothies.

Cluster Bomb inherits the quick-acting onset of its Sativa parent despite being Indica-dominant strain. After taking a few swigs of its smoke, It takes only minutes for its euphoric buzz to spread throughout the mind.

The behavioral change is immediate once the effects have settled. Not only are casual users smiling from ear to ear, but there is a glimmer of motivation in one’s eye as ideas begin to form effortlessly.  Piquing interest is an ongoing creative buzz that keeps the brain preoccupied for hours without losing focus. 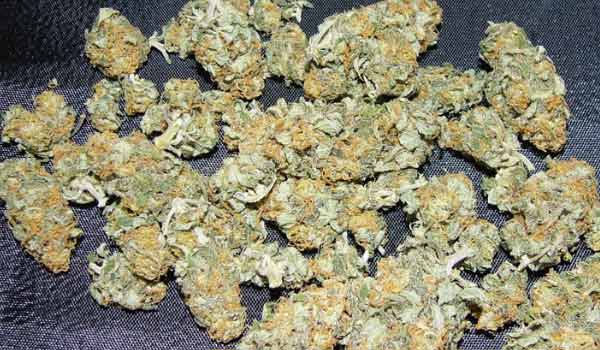 It may be best to prepare some snacks ahead of time. After all, exercising the mind does require stamina. Having some food nearby will help replenish any of the energy lost while completing tasks. Not to mention, it saves users time from having to go to the kitchen.

After about an hour or two has passed, the same uplifting sensation responsible for the cerebral onset surges through the muscles. It soothes and calms tension, undoing knots in the limbs as it oozes down to the rest of the body. Rather than leaving users buzzed down in a couch lock, it merely supplements the burst of creativity with a limberness.

Overall, Cluster Bomb is an excellent wake-and-bake strain. It aptly delivers a mind and body high that sharpens the senses and brings out a keen awareness. However, one will have to use the strain moderately as it can be quite overwhelming.

Regardless of the dose, cannabinoids like THC will always interfere with the body’s natural ability to produce and retain moisture. Thus, it should come as no surprise that users experience a cottonmouth and dry eyes while using Cluster Bomb. At times, it may also be accompanied by temporary dizziness that can sometimes lock users to the couch as sensitivities heighten. 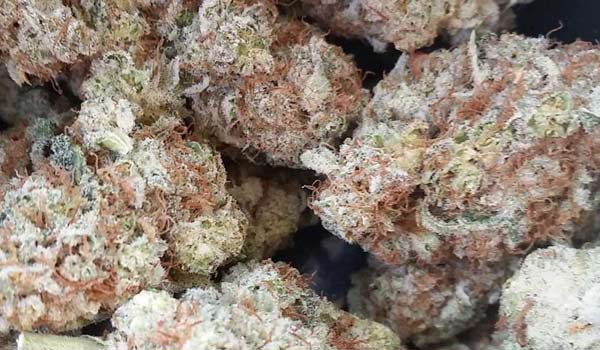 Cluster Bomb, through its cannabinoids, provides patients with significant therapeutic effects. Among its best uses is calming turbulent emotions through its uplifting head high, it temporarily appeases symptoms of mental health issues like depression, anxiety, and PTSD. Not only that, it reduces stress by replacing dread with an uplifting rush of pleasant thoughts.

One of the best times to use Cluster Bomb is right before a meal. Its stimulating head high also invigorates the appetite, especially for patients dealing with cachexia or eating disorders like anorexia. Before anything else, however, it must first relieve contractions in the gastrointestinal tract as it can hinder users. In this way, users can enjoy a hearty meal without shocking an empty stomach. 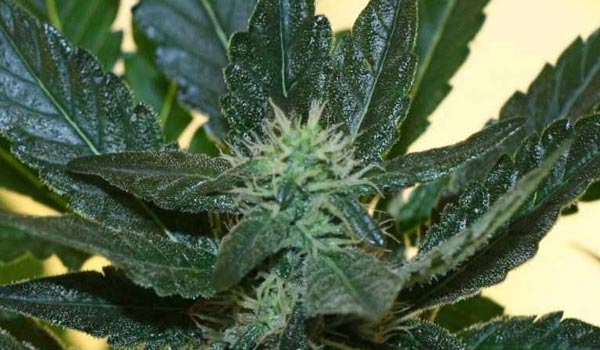 Its relaxing buzz later extends to the rest of the body, soothing and calming aches away beginning from the temples. Meanwhile, its anti-inflammatory properties reduce redness and swelling to prevent the muscles from experiencing painful contractions.

Although its psychedelic effects are Sativa-like, Cluster Bomb’s growing profile undoubtedly leans toward Indica. Its stalks and branches are thick, providing it with a sturdy frame that does not break easily against a light breeze. Not to mention, it rarely requires additional support in order to carry the weight of its heavy buds. 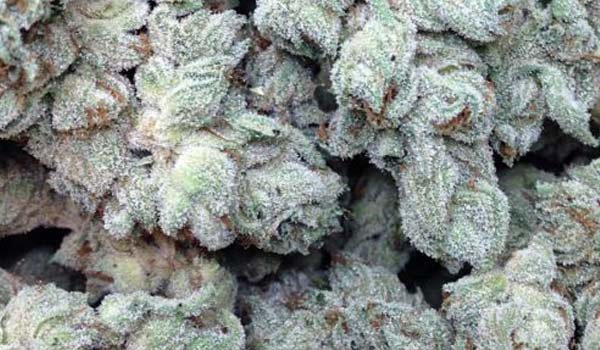 Growers may opt to cultivate the strain outdoors, where it thrives under the warm, semi-humid environment of the Mediterranean. The long days provide ample sunlight while the open space carries over a light breeze that aerates the lower nodes. Still, it thrives just as well in the northern hemisphere. Between the last days of September to the middle of October, each plant will produce at least 800 grams of buds.

Indoors, growers should install a powerful ventilation system and prune the plant often to keep its bushy structure from retaining too much moisture. Otherwise, it can develop into mold or mildew. Removing broad leaves or dying branches will also circulate light to the lower nodes while improving nutrient distribution.

Cluster Bomb grows best with the Sea of Green set-up. The plant training method utilizes its short stature to hasten the flowering process while encouraging higher yields. Typically, a minimum of at least four plants is placed together in a single square meter. However, growers may add more if there is ample growing space. To further increase yields, pairing the technique with a soilless medium like hydroponics is highly recommended.

The Indica-leaning plant fully matures in 7 to 9 weeks. Each square meter produces between 700 to 800 grams of densely packed nugs that catch the eye with its coat of trichomes and fiery pistils.

Have you grown or used the Cluster Bomb strain? If not, would you like to get your hands on this strain? Please leave a comment to let us know what you think. We want to hear from you.