Kong is not a strain to be trifled with. Its flowers are not only densely packed and humongous but it is blanketed by a thick coat of trichomes, alluding to its powerful potency of 18% to 20%. Taking a swig of its sour smoke can quickly knock beginners out. In moderation, however, it gives users a pleasant experience that eases away anxiety along with aches and pains.

Creating Kong was not at all difficult. Holy Smoke Seeds only needed to choose parents that would create a base for its appearance and strength. And, what better choices are there than Motavation and White Russian? The latter is an award-winning strain that once considered the strongest strain all over the world. Meanwhile, the former influenced its offspring’s ability to induce a mild euphoria that crushes stress.

The pure Indica is not only a delight to recreational users but also to aspiring growers. It is easy to grow and quite versatile.

Kong has an earthy terpene profile that is evident in its strong aroma of wet soil. Accentuating it are hints of spicy pepper lined with sour diesel. Breaking the buds apart, as well as combusting it, reveals its woody but refreshing undertone of pine. Inhaling its smoke reveals its hint of fruits while, on the exhale, it leaves an aftertaste of tangy skunk.

Kong is a pure Indica with heavy-hitting effects. It complements the heaviness it plants in the limbs with an uplifting cerebral high. However, it is a strain that is best reserved for use at night. Its subtle stimulation at the onset is countered by a drowsiness at the comedown. 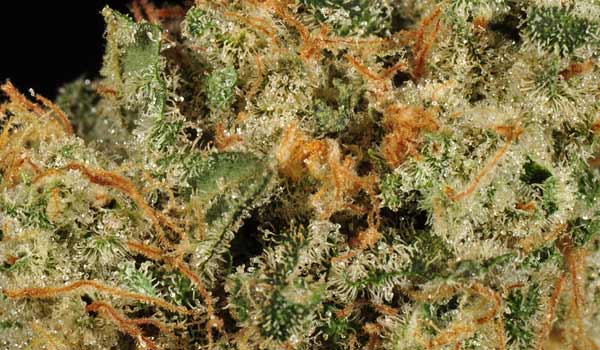 It improves moods by delivering a rush of euphoria straight to the head. However, instead of an overwhelming intensity, it is a gentle cerebral buzz. It leaves users feeling happy throughout the onset while ensuring that it continues throughout the high. Not to mention, the upbeat disposition facilitates an open mind that welcomes a stress-free night ahead.

Having snacks prepared will minimize the need to stand up and head to the kitchen. After all, in about two to three hours after the first puff, a creeping Indica buzz will render one too relaxed to move around. It starts around the temples as a light pressure that eventually ebbs down to the rest of the body. The sense of tranquility it brings to sores and aches is immense as it reduces tightness around the muscles or joints.

Eventually, as it persists, users become drowsy. The intense body high plants a heaviness in the limbs that tucks users to bed with a blanket of relaxation. In all likelihood, one will travel to the land of dreams hand-in-hand with Mr. Sandman.

It is possible to feel a little dizzy while smoking Kong. Along with it is a surge in anxiety levels along with a temporary headache. Although, users should actively avoid greening out by consuming the bud in moderation.

Downing a few glasses of water throughout the day will also help manage the dryness, which is a common side effect of marijuana smoking. It is noticeable in areas like the eyes and the mouth especially as cannabinoids begin interfering with moisture production. It is unavoidable but mild. Not only that, it goes away on its own after a few hours.

Stress relief is one of the most popularly cited reasons for using cannabis. For good reason too, since it contains cannabinoids that effectively reduces stress levels. Its euphoric rush enhances the mood as well as stabilize emotions. Hence, it can also be used as an anti-depressant that manages symptoms of depression, anxiety, and PTSD along with other mental health issues. 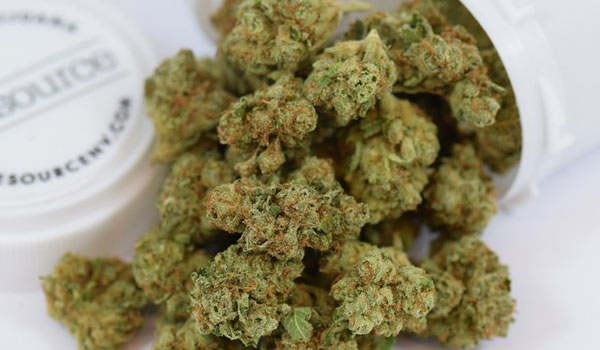 One of the best times to use the strain is a few hours before a meal. Its subtle invigorating effects bring back the appetite and encourages users to eat heartily. At the same time, it also soothes turbulence in the stomach. Because of this, it is not only a source of reprieve to people with eating disorders such as anorexia but also for cancer patients experiencing the nauseating effects of chemotherapy.

To the rest of the body, it delivers a tranquilizing buzz that removes tension and tightness all around the muscles. It also, as a result, relieve various aches and pains beginning from the temples. Its wave of relaxation eventually lulls users to sleep, promising a deep, unencumbered slumber. Thankfully, its sedating properties enhance both the quality and quantity of sleep.

Kong is an easy strain to grow. It has a sturdy frame that is marked by thick branches and stalks. This also gives it the ability to withstand a variety of growing factors outdoors such as cold weather and strong winds. Hence, it can be a great introductory strain for users aspiring to grow marijuana. 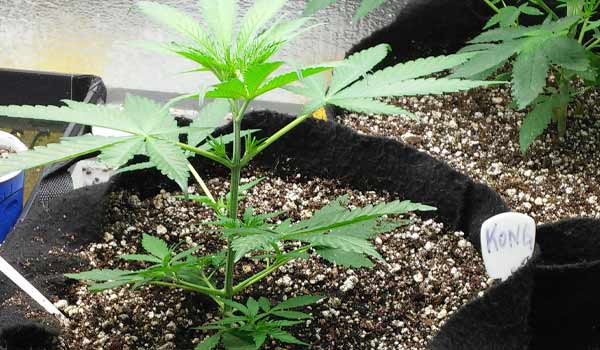 Because of its propensity for cool weather, growers can cultivate the plant with ease in gardens or farms in the northern hemisphere. It will need to be protected against the frost that an early winter brings. Otherwise, the snow will kill it overnight. Meanwhile, heavy rains will lead to beat the strain down until it bends. Providing support through a temporary enclosing or hooking the plant to a piece of wood to keep it upright will do wonders. Flowers begin to bloom around the last week of September to the middle of October. It yields at least 700 grams of buds per plant.

Indoors, harvest usually comes around 7 to 9 weeks after initiating the flowering period. Growers can expect at least 700 to 750 grams of buds per square meter. However, growers can manipulate the plant using the Sea of Green method to increase bud production. The technique also allows growers to maximize small spaces. With that said, it is necessary to thin out Kong by either pruning or trimming. Its dense foliage can get in the way of even light and air distribution, especially among the lower nodes. If left unattended, it can lead to humidity-related problem such mold or mildew and nutrient deficiencies.

To bring out its beautiful strikes of blue and purple, growers only need to expose it to colder temperatures at night during the flowering period. The result is a dense bud with a deep forest green and strokes of royal colors that catch the eye.

Have you grown or used the Kong strain? If not, would you like to get your hands on this strain? Please leave a comment to let us know what you think. We want to hear from you.