Purple Cheese is not the most potent strain in the market. However, it does contain one of the highest CBD levels. It provides an impressively tranquilizing high that helps patients manage symptoms of various health issues. Recreationally, it is well suited for beginners and seasoned users looking for a mellow buzz.

To create the strain, the breeders used Purple # 1 and Blue Cheese as genetic bases. Both are classics that have earned a reputation for its vivid hues and stimulating but heavy-hitting high. The two also cemented Purple Cheese’s colors and flavors. Lowryder was later added to influence its auto-flowering nature. It is inherently sturdy especially since it is the first strain to not rely on photoperiod.

As its name suggests, Purple Cheese has a strong overtone of cheese. Its high levels of CBD give it an earthy undertone that intensifies once the buds are broken apart or combusted. Its smoke entices the palate with a subtle sweetness reminiscent of tea candy. However, swirling it reveals its fruity notes of crushed berries and grapes. Its exhale is similar to that of the first whiff. It leaves a distinguishable note of cheese.

Purple Cheese is a strain with moderate THC levels that can be as mild as 12%. It starts off slow too, usually its onset does not begin until at least 15 minutes have passed since the first two or three puffs. Hence, it is essential that one paces consumption so its initial effects remain pleasant and euphoric. Moreover, it is likely to leave users feeling happy. 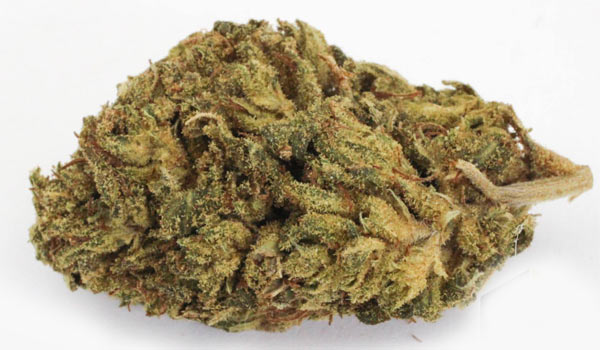 One of the best times to use Purple Cheese is right before a meal. Because, although subtle, the stimulating head high also invigorates the appetite. Having snacks at least arm’s length away is convenient. It keeps enthusiasts sticking to one area instead of moving otherwise, it may be difficult to get back to the comfort of a couch once its Indica effects begin.

With that said, its powerful physical high begins a few hours after the onset settles. It introduces itself as the same tingling sensation albeit a little more intense. When it moves from the temples to the toes, it relaxes each muscle it passes until users are immersed in deep relaxation. In all likelihood, a heaviness will plant itself in the limbs and makes it difficult for users to move around.

Eventually, it turns into a sedating rush that make the eyes grow heavier until users can no longer keep awake. Because of this, and in spite of its mild potency, Purple Cheese is still best reserved for use at night. Otherwise, it can be quite unproductive in the morning.

Dryness is a typical reaction to marijuana use. It exhibits itself most in areas like the eyes and the mouth but is quite mild. Moreover, it can easily be managed by downing a few glasses of water. A more cause for concern is greening out, a condition characterized by a keen awareness toward one’s surroundings that eventually leads to dizziness sand paranoia. The disorientation can also be a source of headaches. Although it is mostly associated with overconsumption, it can also be triggered by one’s disposition before the high too. Hence, one should ensure to smoke Purple Cheese when calm and collected.

Purple Cheese is an impressive medicinal strain. It contains up to 4% CBD, higher than most recreational buds in the market. Along with its other cannabinoids such as THC, it induces a head to toe high that can very well be a reprieve since it eases a wide variety of health issues. 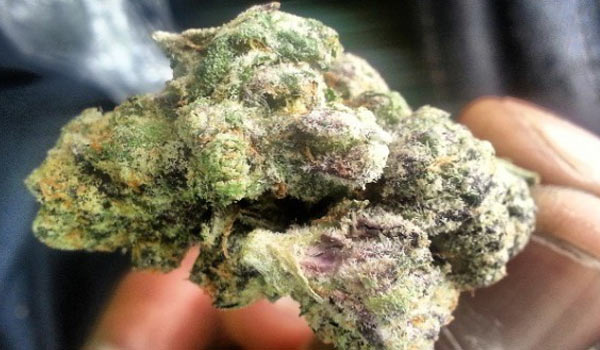 Its onset, for instance, uplifts the spirit while enhancing the mood. It eases mental burdens through its calming euphoria which slows down the fast-paced worry that stress or anxiety brings. At the same time, it inspires a happiness from within that counters the negativity. Because of this, it not only works as a stress reliever but also an anti-depressant that manages symptom of mental health issues such as depression or PTSD as well.

It delivers a soothing body effects that effectively appeases a variety of aches and pains including intraocular pressure. Its relaxing properties reduce the buzzing sensation from behind the temples that seem to push into the eyes. Often, the glaucoma symptom is uncomfortable and burdensome to patients.

Sleep is one of the most important aspects of the healing process. It stabilizes hormones and brings back one’s strength. Not to mention, it gives patients a temporary break from the suffering. With its sedating properties, Purple Cheese provides the same relief. It cradles users with its tranquilizing euphoria that drifts one off to a restorative slumber.

Purple Cheese has the typical structure of an Indica. It is short and compact with a thick frame that can withstand the cold. As such, it is best suited for cultivation outdoors and as an introductory strain for first-time growers. Moreover, it is an auto-flowering strain. It wastes no time and, regardless of where it is grown, it is set to fully mature within 9 to 11 weeks. Each plant is expected to produce 400 grams of buds once ready for harvest. 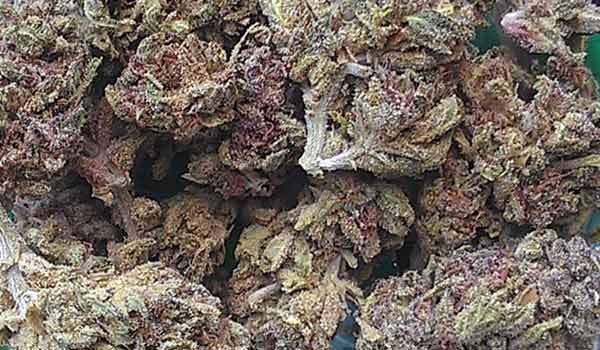 As alluded to earlier, it takes the same amount of time for Purple Cheese to flower indoors. If anything, the major difference is the difference in light source and the confinement to an enclosed space. Growers are encouraged to install high intensity lights for the plant to flourish once it begins to flower. Meanwhile, installing an efficient ventilation system will assist in circulating air evenly especially around the lower nodes. It also helps to thin out the plant periodically through either pruning or trimming. In this way, humidity-related problems such as mold or mildew can be prevented.

It works best in the Sea of Green setup which takes advantage of its short structure and maximizes small spaces. One can also employ a hydroponics setup which delivers nutrients straight to its roots, doubling both bud and trichome production. However, its flavors are best enhanced by using soil as a medium. Either way, Purple Cheese is expected to produce around 300 to 400 grams of buds per square meter.

Have you grown or used the Purple Cheese strain? If not, would you like to get your hands on this strain? Please leave a comment to let us know what you think. We want to hear from you.