Gigabud is among the most prolific growing strains in the market. Its buds are large, dense, and covered thickly by sparkling frosted trichomes. Not to mention, it is a high-yielder and a fast-flowerer that fills a grow room with an amazing sea of deep green.

Its smoke is heavenly and, when drawn in, can take users to new heights. Of course, nothing short is expected from the strain. After all, Gigabud does boast THC levels of up to 19%. It is versatile too, its slow-starting but euphoric heavy-body buzz caters to recreational and medicinal users.

Creating the strain was easy, especially as there are more than enough strains to choose. For bountiful yields, the best choice is undoubtedly Big Bud. Its name alone signals the size of its buds and vigorous production. Improving it is the heavily resilient Northern Lights which also significantly influenced Gigabud’s tranquilizing body effects.

Gigabud features an exciting array of aroma and flavors. Its scent is earthy and woody but is subdued by a citric sweetness reminiscent of apricot. Breaking it apart reveals its faint hash undertones. Meanwhile, taking a swig of its smoke introduces the palate to a blend of herbal mint tea with a teaspoon of honey. Its barely noticeable saccharine sweep is marked by the taste of ripe berries. On the exhale, however, is a rather sharp spiciness.

Gigabud’s humongous buds are nothing without its explosive impact. Not only are these powerful and potent, but the buzz also lingers for hours with heavy body sedation. On its onset, Gigabud delivers a euphoric high that induces happiness and positivity. Prepare for some bouts of satisfied laughter when consuming this bud. 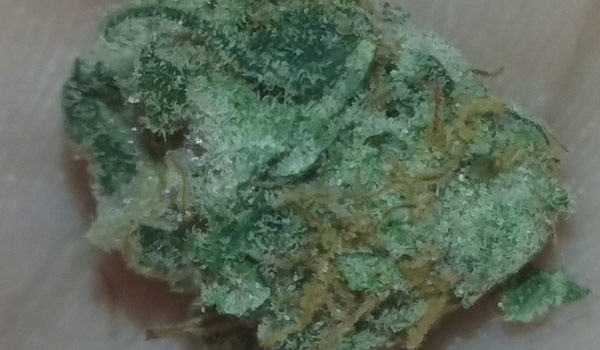 Although subtle, the mental stimulation is quite hunger-inducing. Having snacks nearby will save one from a trip to the kitchen before the intense Indica body buzz. Another thing to ensure is staying in an area where supreme comfort is achievable such as a couch or one’s bed.

Slowly, a soothing buzz creeps in the temples and down to the rest of the body. In between the giggle fits, users slip away into a world of alter-reality where one feels like floating on cloud nine. Accentuating the utter bliss is an intense relaxation that kneads away stress and tension.

Overall, Gigabud is a great strain to use in the evening. Its deeply soothing effects remove the tiredness accumulated from the day or the week. In all likelihood, the heaviness in the limbs will make the eyes droop until one falls into a deep slumber.

No matter the dosage, dry mouth and eyes are a part of the cannabis experience. While there is no way to avoid it altogether, having lots of drink at hand can mitigate the effects. Consuming large amounts, however, can often lead to a temporary headache or dizziness that can trigger paranoia. Apart from individual tolerance, having a history of the said disorders is also be a significant factor. In such cases, it is better to avoid consuming the bud or pacing consumption. 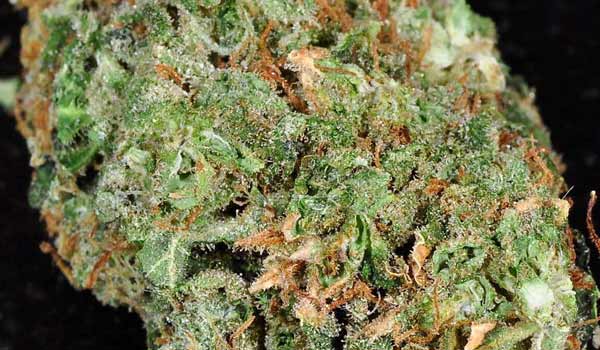 Without a doubt, Gigabud is a great recreational strain. Its head-to-toe high leaves one feeling blissful as a soothing wave of contentment washes over users. However, it is the same effect that relieves a myriad of symptoms that patients deal with for particular afflictions.

A natural pain reliever, Gigabud alleviates a variety of aches throughout the body. It calms the muscles to prevent it from uncontrollably contracting or spasming. Feeling thoroughly relaxed, users fall into a deep slumber. Its sedating properties enhance the quality and quantity of sleep, so one wakes up the next day feeling invigorated.

Gigabud has dark green flowers and a thick blanket of resin, a forewarning of its potency. Apart from its buds, growers prize the herb for its hardy stalks and strong branches which do not break off at the weight of its heavy buds. Moreover, it has a natural resistance to various unpredictable growing factors like gusts of wind and changes in temperature or weather. 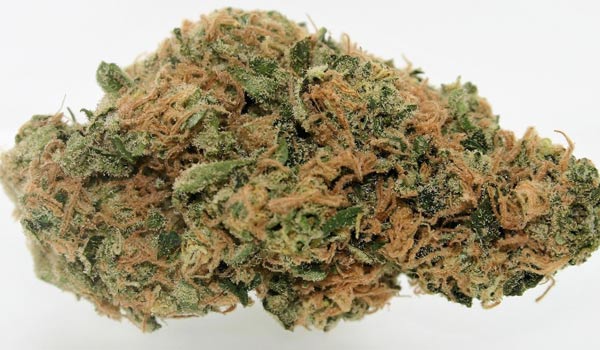 The strain is suited for indoor growing. It is short, barely going beyond 150 centimeters, and impressively sturdy. Thus, it is a low-maintenance plant which can grow out on its own. Still, growers should train the plant with techniques like the sea of green (SOG) to further improve yields. Pairing it with soil enhances its flavors while a hydroponics set-up will hasten the flowering period and increase bud production. With that said, it can yield up to 900 grams of buds per square meter after 7 to 9 weeks of flowering.

One thing to remember when cultivating Gigabud in a controlled environment is to proper aeration and constant pruning. It is a dense strain with a compact structure that can harbor moisture. If left unattended, it can develop into mold or mildew and potentially stunt its growth. Removing branches and broad fan leaves will improve not only air circulation but also light and nutrient distribution.

Ideally, the climate should resemble the Mediterranean when growing Gigabud outdoors. The warmth from the sun helps the plant produce higher and grow bigger. Still, it thrives in the northern hemisphere. During the early frost, growers may want to install a temporary enclosing to protect it. It fully matures between the last week of September to the middle of October with each plant yielding 550 grams of buds.

Have you grown or used the Gigabud strain? If not, would you like to get your hands on this strain? Please leave a comment to let us know what you think. We want to hear from you.