It is difficult to find fault in a strain like The Hog, one of the strongest strains in the world for its high potency. Not only that, the award-winning bud is quite versatile. It thrives in different growing areas using different mediums. However, some people find its long flowering period to be a down side especially for growers who are impatient.

To this end, T.H. Seeds decided to cross it with Critical Mass. The latter is not only potent but also a great addition to the growing room especially with its short flowering time. But, apart from that, it is also a high yielder with an impressive sturdiness that allows it to withstand a variety of growing conditions.

Critical Hog embodies its parents’ qualities. It is not only recreationally viable but its high THC levels of 18% to 19%, along with up to 2% CBD, provide comfort to patients from the medical marijuana community. Not to mention, it is an extraordinary performer in the grow room. Because of this, it is the subject of fascination among different types of enthusiasts.

Critical Hog is a very pungent strain that produces a strong scent reminiscent of freshly picked flowers. It is earthy but sweet especially when the buds are broken apart or combusted. Meanwhile, inhaling its smooth smoke brings out its woody overtone. It leaves a sharp hash aftertaste on the exhale.

In spite of its predominantly Indica genes, Critical Hog has a similar onset to that of a Sativa-leaning strain. It delivers a cerebral euphoria that uplifts the mood. If anything, the quality that differentiates it is its slow-starting nature. Rather than a sudden boost immediately after the first two or three puffs, it takes quite a while before its onset settles. 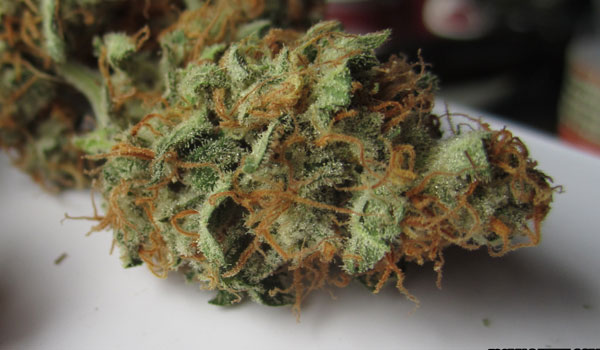 As alluded to earlier, it starts with a rush of euphoria that clears away the mind of negativity. Replacing it is a deep sense of happiness and inner peace that immediately uplift one’s spirits while enhancing the mood. A behavioral change is instantly visible as the effects continue. Smiles not only broaden but users are gigglier as well. This is precisely why Critical Hog is an impressive recreational strain that is best used when shared with friends.

Eventually, a wave of relaxation buzzes begins buzzing from the temples. It makes its way down, ebbing slowly all the way to the toes. It soothes each muscle it passes while simultaneously relieving tension. Although its creeping physical sensation is intense, it does not plant a heaviness in the limbs that urges users to fall asleep then and there. Instead, it accompanies one on the journey to release stress.

Although it has noticeable wake and bake qualities, Critical Hog is best reserved for use late in the afternoon or early evening. Its comedown is a heaviness in the limbs that is quite difficult to shake off. In all likelihood, users are left feeling drowsy once the effects wane off.

Apart from the usual cottonmouth and dry eyes, another side effect of using Critical Hog is greening out. It is characterized by a keen awareness that disorients users as well as trigger anxiety. Although mostly confined to a headache, users should still pace consumption of the bud. Avoiding it on days that go sour is also recommended as one’s disposition can have a major effect on the overall experience.

It is not wrong to assume Critical Hog is a recreational strain. After all, that has been the presumption regarding cannabis for the longest time – regardless of how it is actually used. Still, it does not take away its value to the medical marijuana community as a bud that delivers a therapeutic head to toe high. 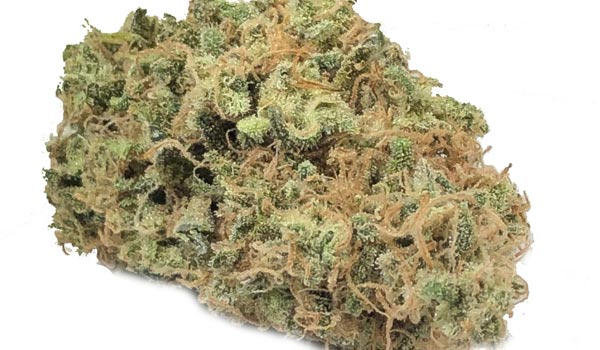 Its onset is highly uplifting. It enhances the mood and, at the same time, calms the overwhelming dread one experiences when stressed. For this reason, it makes for a great stress reliever and anxiolytic that provides relief during periods of anxiety. Meanwhile, the same soothing and effects also manage symptoms of depression

One of the best times to use Critical Hog is right before a meal. It stimulates the appetite and calms down turbulence in the stomach that may prevent one from eating heartily. Because of this, it helps aid patients with eating disorders such as cachexia or anorexia.

Through a similar manner, Critical Hog appeases various types of aches and pains all over the body. It starts at the temples as a tingling sensation that frees tension or removes tightness before making its way down up to the toes. The total relaxation eventually turns into drowsiness as the heavy-hitting physical high persists. However, sleep is a welcome relief to a day filled with stress. Its tranquilizing sedation also improves the quantity and quality of slumber.

Critical Hog is a great strain for beginners to grow. It flowers quickly and has a sturdy frame that make it easy to manage. Not to mention, it rarely has problems with nutrient burn due to it being a heavy feeder. With that said, aspiring growers will need to top the plant early especially when growing it indoors. 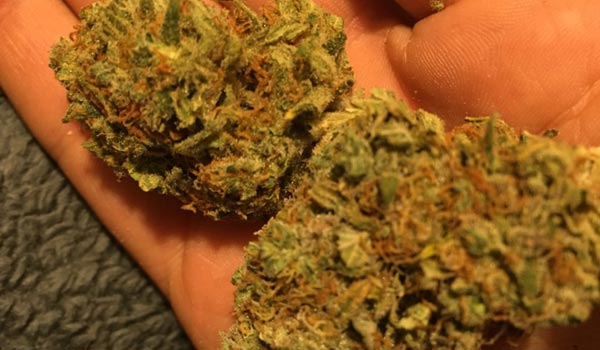 Although leaning largely toward Indica, Critical Hog is surprisingly tall. It has a height of 120 cm to 160 cm and can quickly fill a small growing area. Not to mention, it is also quite dense. Left unattended, it may inhibit light and air circulation in the lower nodes and result in the formation of humidity-related problems like mold, mildew, bud or root rot which can stunt its growth. Because of this, it will need to be pruned as well and thinned out.

Due to its height, it is the perfect candidate of the Screen of Green method. It requires placing a screen on top of the current canopy and weaving the branches or budding sites into the net. In this way, it can distribute light evenly while providing support to its branches. This will also help create more budding sites and increase flower creation. Enhancing trichome production, on the other hand, requires bending or almost snapping the nodes through a method called Supercropping.

Harvest typically falls within 7 to 9 weeks after initiating the flowering period. Growers can expect at least 350 to 550 grams of buds per square meter. Outdoors, the turnout is much more commendable. Each plant produces at least 600 grams of buds when Critical Hog finally matures. Although it does not need to be topped or pruned often, it will need to be protected against harsh weather conditions like snow and heavy rains which can kill the plant.

Have you grown or used the Critical Hog? If not, would you like to get your hands on this strain? Please leave a comment to let us know what you think. We want to hear from you.