Yumboldt is one of the strains with great mystery. No direct information can be said about its history except that its parent strains might have originated from the Himalayans in Afghanistan. Supposedly, these indigenous varieties were Afghani and Himalayan which found its way to Humboldt County, California by the late 70s.

Almost two decades later, it found its way to Sagarmatha Seeds who decided to cultivate it in Dutch lands. In Holland, the breeders perfected its effects and propagated its genes before submitting it to the High Times Cannabis Cup in 2001 where it bagged the title of “Best Indica.” Samples from the strain exhibited similar characteristics to the original landrace cross from the farms of California that users smoked heavily in the early 80s. It was aptly called ‘Yumboldt’ afterward.

Yumboldt’s popularity soared after its win and drew the attention of many as it may be a generational offspring of the original cross brought in the late 70s. Sadly, due to its elusiveness, acquiring a bud is like a needle in a haystack. However, those who have tried it say the effects leave one in a happy, contented mood while tranquilizing the body at the same time. Its heavy sedation wraps up its psychoactive high like a one-way ticket to dreamland.

Yumboldt’s aroma often comes as a pleasant surprise. It welcoming aroma is a pungent earth similar to how it would smell right after drizzle hits soil. Combusting it releases its distinct fragrance of sweet lemon juice which translates into the palate as a refreshing zing on the tongue. The tanginess lingers long, from the first up to the last drag. On the exhale, it produces a nutty aftertaste with a hint of skunk.

Yumboldt is a rock star in the cannabis world. Its classic Indica effects take away the spotlight especially once its slow dawdling high starts to creep into the head. It takes about a full 20 minutes before its effects fully begin. Because of this, users should start with a few puffs first. 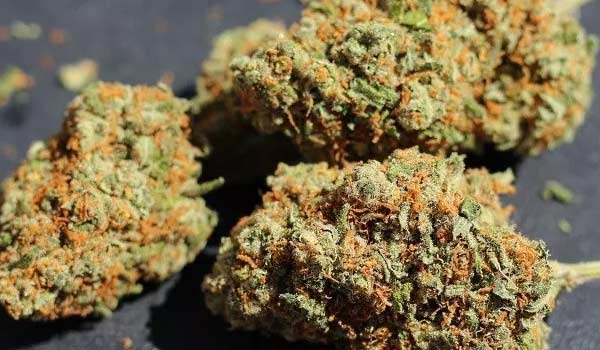 Upon onset, a euphoric bliss fills the mind with nothing but pleasant thoughts, inspiring an upbeat disposition. One’s behavior almost instantly alters. Users are not only happy from the inside but also cheerful on the outside.

After an hour or two, a comforting sensation builds up around the temples before extending to the body. It releases tension and coats users in deep relaxation that makes it hard to move about. It develops into a heavy sedation that weighs the eyes down. Eventually, users fall into a deep and peaceful slumber.

With that said, it might be best to reserve Yumboldt at night. The deep relaxation tranquilizes the body and glues users to the couch.

A large dosage of Yumboldt can cause a headache that not only stays for hours but may result in dizziness as well. At times, when the disorienting effects persist, it can even trigger paranoia especially for users with a history of mental health issues. Thus, staying cautious and smoking in moderation is highly recommended.

A more unavoidable reaction to smoking Yumboldt is red eyes. Along with it is a cottonmouth, especially as cannabinoids interfere with moisture production. Nothing appeases the discomfort in an instant but staying hydrated makes it bearable.

Yumboldt carries cannabinoids that keep the mind occupied as it stays afloat in a cloud of euphoria. It induces a sense of contentment and momentary happiness that stabilizes emotions. Because of this, it is an impressive source of comfort for long-sufferers of depression, anxiety, PTSD, and other similar mental health issues. With fewer things to think of, it also lessens mental stress. 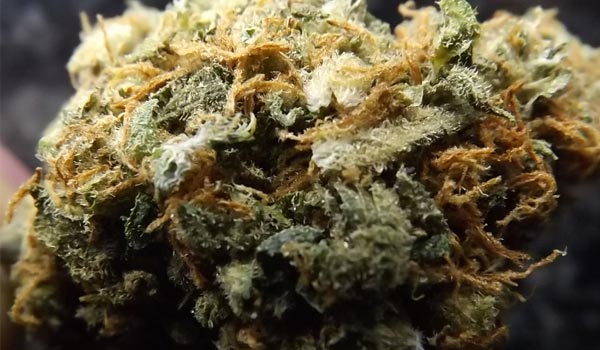 In high levels, THC turns into a natural painkiller that manages symptoms of pains and aches. It releases tension in the muscles which can cause painful contractions especially when it is inflamed. To this end, Yumboldt also offers a helping hand. It has impressive anti-inflammatory qualities that reduce swelling and redness.

Eventually, the deep relaxation turns into a creeping buzz that sedates users. The eyes begin to droop, and one flops to the bed instantly asleep. Thus, it is a great remedy for users having difficulty sleeping due to insomnia.

The Indica-leaning Yumboldt are small yet terrible. It is a generous yielder with a short flowering period. And, at harvest, growers are assured of humungous buds with a gleaming sheen that alludes to its thick coat of trichomes. 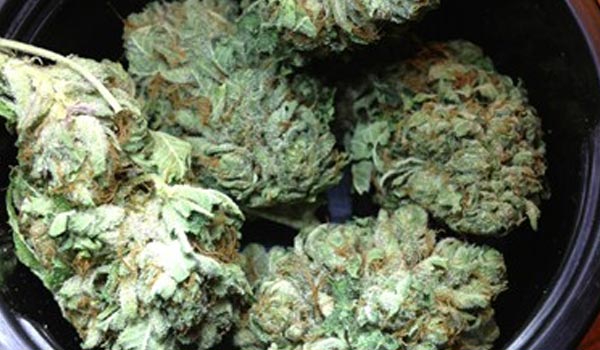 Yumboldt has great resilience that makes it adaptable to various growing conditions despite its preference for sunny California. It can withstand high levels of humidity which can cause problems like mold, mildew, and root rot. It also stands strong against heavy winds that may topple other plants or break branches lined with buds. Harvest comes around the second or third week of October up to the last few days of the month. Each plant bears up to 400 grams of buds each.

Because it has a manageable height, growers may bring it indoors where adjusting growing factors like lighting, temperature, and humidity is easy. Thinning it out is essential though. It is a bushy plant and the limited air circulation induced by the four walls can stunt its growth. With that said, it responds well to training techniques like the Sea of Green which significantly improve its yield.

During the flowering period, breeders can switch to lights with at least 400 watts. Pairing it with a hydroponics setup is also an option although soil is a more economical medium. Once full mature, it yields up to 350 grams of buds for every square meter.

Have you grown or used the Yumboldt strain? If not, would you like to get your hands on this strain? Please leave a comment to let us know what you think. We want to hear from you.