White Lightning is a hybrid strain with potent THC levels averaging at 17% to 24%. It exhibits a Sativa onset that keeps the mind alert while enhancing the mood. Meanwhile, its comedown is similar to its Indica-leaning parent in that it envelops the body in lazy contentment.

Beyond its recreational purpose, it also serves as a medical refuge to patients suffering from ailments that may affect the quality of life.

White Lighting has a dank earth aroma that is recognizable even from a distance. Prying the buds open unveils undertones of pine and skunk. For rookies, it takes a while to like the fragrance of the buds as it can get overwhelming. However, its flavors are sweet and coat the tongue with its fruity vapor. Underlying flavors of wet soil spiced with pepper leave a well-rounded aftertaste on the exhale. 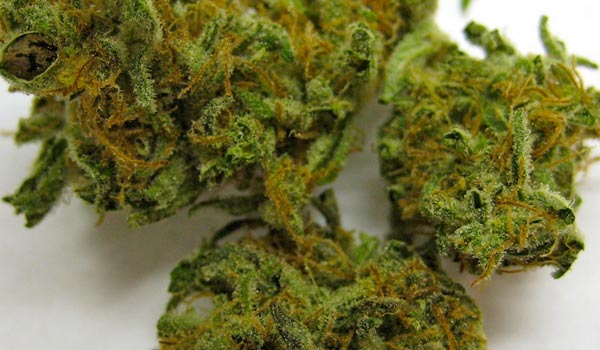 White Lighting gifts users with a carefree night in a single bowl of golden nuggets. It hits quite fast too, almost as fast as lightning as its effects start within minutes after the first few tokes.

Upon onset, a parade of positivity uplifts the spirit. It clears the mind of negativity to free up space for thoughts to flow. Forming into ideas, it becomes easier to find inspiration and slip into a creative mood.

It is also wise to share the bud with a group of like-minded friends. It increases confidence and sociability especially as users share anecdotes, memories, and concepts. It can result in random bursts of laughter from the group, assuring a good time.

A looming fuzziness eventually turns the chatty disposition into a dreamlike sequence. Starting from the temples, its soft buzz makes its way down to the toes, bringing comfort that kneads the tension out of the muscles like a wave of relaxation. In all likelihood, users will want to revel in its soothing sensation.

With that said, White Lightning is an impressive hybrid that users can toke at any time of the day. For morning or early afternoon use, one should limit use to a few puffs. On the other hand, a night of stress-crushing relaxation requires higher dosages so long as it is within one’s limitations. It lulls both the mind and body to bed before sending enthusiasts off to dreamland.

An uncomfortable aftermath may come with White Lightning. For instance, a temporary headache or dizziness which two red flags to look out for as it may cause alarm and panic. Left unattended, it can lead to paranoia especially after consuming a high dosage. Hence, it is essential that users do not go beyond personal tolerance. Meanwhile, a cottonmouth and dry eyes take effect regardless of the amount of the buds consumed. It comes with almost all cannabis strains and staying hydrated can mitigate the impact.

White Lightning is also a celebrated medical cannabis strain. The initial effects it delivers to the brain drives stress away. By letting the mind wander, it provides the mind with a reprieve against heavy thoughts that weigh users down. Thus, it is also a source of relief for long-sufferers of anxiety, depression, and other mental health issues like PTSD. 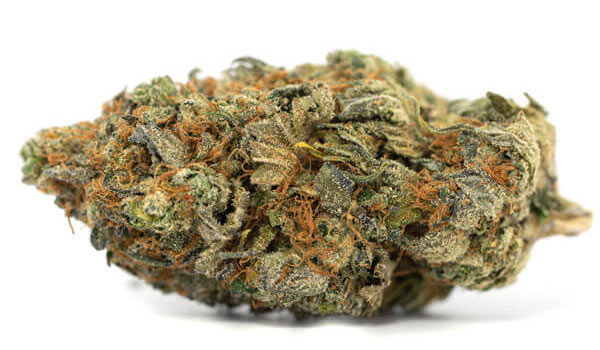 Pains numb out with the analgesic properties that come with White Lightning’s soft body buzz. It pacifies the ache beginning from the temples while easing the muscles to prevent further muscle pains, trembles, and spasms resulting from various health issues including multiple sclerosis. In a similar manner, it also reduces tenderness, swelling, and inflammation which cause painful contractions. It lightens heaviness in the limbs and, as a result, releases users from fatigue.

Last but not least, the hybrid strain has narcotic effects that bring the mind and the body to a complete calm, releasing tension and silencing chaotic thoughts. The freedom from mental and physical inhibition leads to a good night’s sleep that readies user for the next day.

White Lightning highlights its hybrid features. Its stalks stretch quite a bit and give it a relatively tall height. Its frame is thick, allowing growers to cultivate it in various growing condition with a degree of ease.

Outdoors, it will still need protection against heavy rains and frost. Although it is sturdy, harsh weather can topple it down, break its branches, or kill it overnight. A temporary enclosing is usually enough to keep it safe while providing a warm environment. Harvest usually comes around the middle of October to its last few days. Each plant produces a bounty of up to 500 grams of buds per plant. 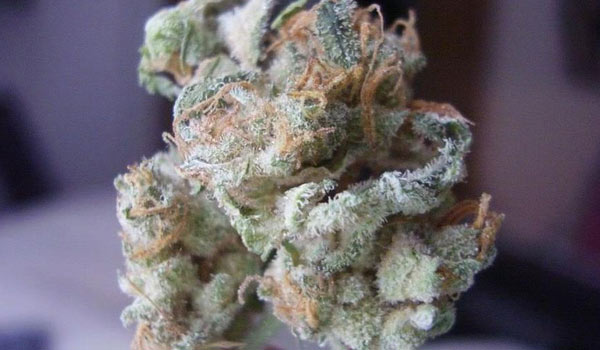 Growers can also opt to move White Lightning indoors where it is easier to adjust factors like lighting, temperature, and humidity. One can also train the plant especially with the Sea of Green growing method which speeds up the bud production process, therefore, shortening the flowering period. After 8 to 10 weeks of flowering, it yields up to 500 grams of buds per square meter. Some growers prefer 9 weeks of blossoming but others extend to up to 10 weeks to enhance yields.

Once mature, the buds bedazzle the eyes with its silver-white trichomes that decorate each emerald green bud. Golden yellow pistils enhance its look but one can also lower the temperature to bring out its purple hue.

Have you grown or used the White Lightning strain? If not, would you like to get your hands on this strain? Please leave a comment to let us know what you think. We want to hear from you.