Ultra Banana smells as delicious as it sounds. It has a fruity-flavored smoke with a tinge of sweetness. Enhancing it is the sour taste of chemical or ammonia that eventually tapers into a woody pine that refreshes the palate.

Although slow-starting, users are assured of head to toe relaxation with Ultra Banana once its effects settle. It first releases tension from between the temples before relieving the rest of the body. Simultaneously, a euphoric buzz uplifts the mood and prepares one for soothing tranquility. Overall, it is best classified as a nighttime strain. It induces a heavy-lidded high that makes the eyes droop with drowsiness.

The breeders used the Indica-leaning MK Ultra to create a base for its profound physical effects. Banana Kush, on the other hand, amplified the latter’s body high while developing its offspring’s banana-flavored terpene profile. From it, Banana Ultra also gained its mood-uplifting abilities, sociability, stress-crushing therapeutic benefits, as well as its upbeat disposition.

Ultra Banana is a tasty strain with overtones of refreshing pine. There is a sweet but subtle fruity aroma with floral undertones. The taste of banana and sour ammonia tantalizes the palate at the first draw. On the exhale, it leaves a spicy and herbal aftertaste.

Ultra Banana is a potent strain with a slow-starting onset. Used beyond personal tolerance to THC, it is possible for users to green out wherein the mind races, but the body is at a full stop, locked to the couch.  For this reason, it is essential t use the strain in moderation. 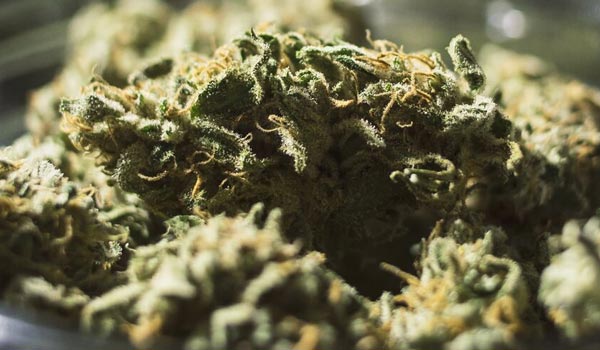 In moderation, it induces a sense of clarity with its pine-flavored smoke. Replacing negativity is an upbeat disposition that instantly enhances the mood. Some users may even begin giggling out of nowhere and for the most minute reasons. The calm happiness prepares users for the upcoming Indica effects.

It takes about an hour or two for its tingling sensation to creep into the temples. It releases tension from between the eyes first before ebbing down to the toes. Comforting the body is a coat of tranquility that turns the body into a well-oiled machine.

Overall, Ultra Banana can be used in the morning or afternoon on a day off. But it can also be used as a sedative. Its thorough relaxing buzz plants a heaviness in the limbs that make the eyes droop with drowsiness. Eventually, one falls into a deep sleep.

Dry eyes and a cottonmouth are unavoidable reactions to Ultra Banana’s moisture-inhibiting cannabinoids. It is barely noticeable, but the discomfort is long-lasting. In which case, it is best to stay hydrated before, during, and after the session. Although rare, it is possible for users to experience dizziness and a subtle feeling of paranoia, especially after over consuming too much of the buds. Moderation will prevent users from greening out.

Relieving stress is one of the top reasons why users turn to cannabis. Its cannabinoids induce a calm euphoria that eases the feeling of being overworked. At the same time, it relieves the terrible anxiety that comes with multiple deadlines.

The uplifting head high also improves the mood for many long-sufferers of depression, PTSD, and anxiety. It temporarily dissipates the overwhelming hopelessness while encouraging an upbeat disposition. However, for long-term relief, users should seek out the help of a health professional.

On the physical, its painkilling effects ease aches and pains beginning from the temples. It releases tension from the muscles by relaxing the body. The heavy-hitting buzz entices users to fall into an unencumbered sleep that invigorates users for the next day. Meanwhile, its sedating properties enhance the quality and quantity of sleep.

Ultra Banana is a short but sturdy plant. It has thick branches and a stalk that can withstand strong winds. Because of this, it makes for an impressive introductory strain for first-time growers.

Cultivated outdoors in the northern hemisphere, it will need protection against extreme weather conditions like snow, which can kill the plant overnight. Placing it inside an enclosing or greenhouse will add warmth so it continues to grow. Flowers usually bloom around the last few days of September to the middle of October. 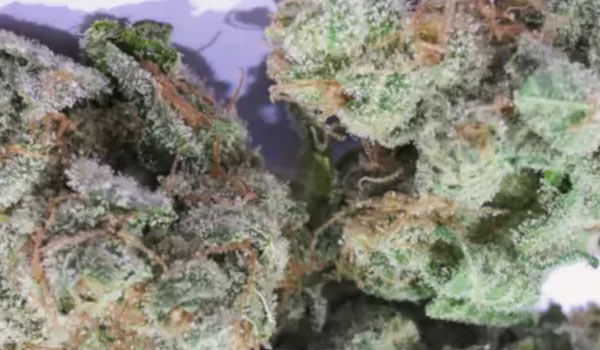 Pruning is necessary when cultivating the plant indoors. It has dense foliage that can inhibit light and air circulation among the lower nodes. This can lead to a multitude of problems like uneven growing, mold, mildew, and bud or root rot. To this end, aspiring breeders may opt to install a proficient ventilation system as well as a fan that blows on the batch. This will not only reduce moisture but also encourage plant health by strengthening its branches and stalks.

The Sea of Green best maximizes its structure. It maximizes yields by placing at least four of the stout plants in a single square meter. Growers can also use a soilless medium like hydroponics which delivers nutrients straight to its roots. It encourages bud and trichome production while simultaneously reducing the flowering period.

For beginners, however, it may be better to stick with soil. Apart from being cheaper, it is easier to manage as it provides a buffer after each feeding, so the plants do not instantly experience the side effects of a nutrient burn. It also enhances flavors for tastier buds.

Harvest usually falls between 7 to 9 weeks after initiating the flowering period. During this time, switching to HPS lights with at least 400 watts and implementing a 12/12 light schedule is essential. Once fully mature, each square meter produces between 300 to 350 grams of buds.

Have you grown or used the Ultra Banana strain? If not, would you like to get your hands on this strain? Please leave a comment to let us know what you think. We want to hear from you.