Rocklock is a beloved strain among recreational and medicinal users alike. It has a soothing euphoria that not only uplifts the mind but tranquilizes the body as well, effectively managing the manifestations of certain health issues. The Indica-leaning bud is a staple among growers too. It is a quick bloomer that produces large buds that are covered thickly in trichomes, alluding to its potency.

Choosing its lineage was easy. DNA Genetics’ only needed to choose two stable parents and what better choices are there than Rockstar and Warlock? Both are popular growing strains due to their short flowering period and ability to grow in various environments. Of course, each retain specific traits. On one hand, the former is a fruity bud with effects as stimulating as a Sativa’s in spite of its Indica genes. The latter, on the other hand, greatly contributed to its muscle-relaxing medicinal properties.

Its name warns users of a potential couch lock when using consuming too much of its 18% to 20% THC. Interested beginners may want to use it under the guidance of a seasoned friend who can pace the dosage.

Rocklock has a strong earthy scent reminiscent of the soil attached to overturned rocks. It has a subtle but refreshing overtone of pine. Breaking its buds apart reveals its thick hash-like smoke. Each toke burns the bud evenly and a swig will coat the mouth with the same initial scent but with a sweet undertone that intensifies on the exhale.

Rocklock is not one to overwhelm the mind with a quick-acting head high. Rather, it is a slow starter that prefers to take its time during the onset. Usually, users do not notice the start of its effects until after 15 minutes have passed. However, once it starts, it is difficult to ignore. 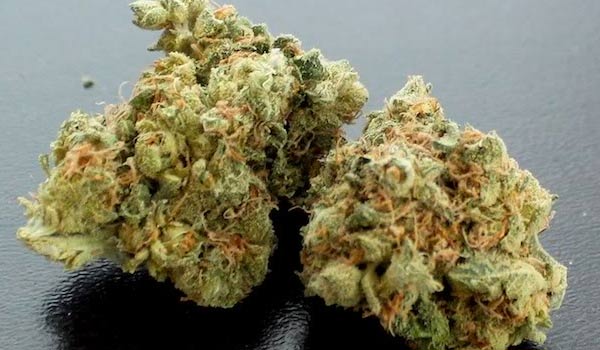 It comes as a rush of euphoria that immediately instills a change in behavior. Users seem visibly happier with smiles widening as cheerful memories enhance the mood. With negative thoughts gone, the mind creates free space for fresh perspectives to flow and new ideas to form. Thus, it should come as no surprise that one feels more creative than before.

Although, it might be best to jot down the concepts into a notebook for a later review. It takes about an hour for its bodily effects to take over. It soothes the muscles thoroughly as it ebbs down from the temples to the toes. It plants a heaviness in the limbs like a blanket of relaxation. In all likelihood, users will want to lounge around the couch or lay in bed basking in tranquility.

Although it exhibits cerebrally stimulating qualities, Rocklock is still best reserved for use late afternoons, evenings, and days off. Its comedown is a heavy-hitting high that kneads the body into mush. Using beyond personal limitations will truly lock one to the couch.

Dryness in the eyes and mouth are common reactions to cannabis’ moisture-inhibiting cannabinoids. Mild and temporary, most seasoned users often ignore the symptoms of dehydration. However, beginners should stay hydrated before, during, and after the high to manage the discomfort of the dry spell.

Although commonly associated with Sativas, it is possible to feel a little paranoid or anxious while smoking the Indica-leaning Rocklock. Its head high can be disorienting especially when using beyond tolerance levels. Caution will prevent the negative side effects from ever occurring and should always be practiced.

Chronic stress is a common issue among the people of today. It is usually the result of being too anxious, but overwork can also provoke it. This is precisely why it is important for users to unwind after a hard day’s work. Otherwise, accumulated stress can negatively affect the mind and body – resulting in the early onset of certain health issues. 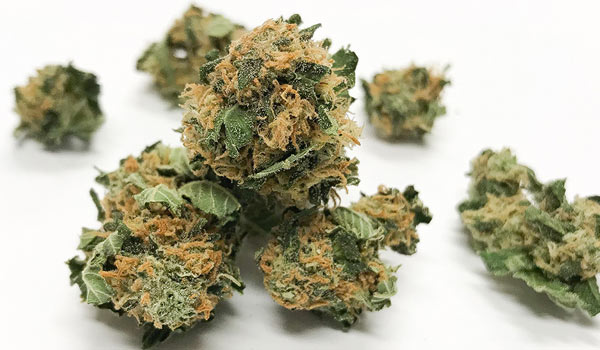 To this end, Rocklock is a wonderful source of reprieve. It has a soothing euphoria that not only uplifts the mood but also calms turbulent emotions. In doing so, it effectively manages stress and symptoms of mental health problems like depression, anxiety, and PTSD albeit temporarily.

Its relaxing properties are effective against inflammation. It appeases redness and reduces swelling which can sometimes trigger the muscles to contract thus causing immense pain. In a similar manner, it can also be used as an anti-spasmodic to lessen or temporarily stop uncontrollable spasms that result from twitching, fatigue, or more serious issues such as epilepsy and multiple sclerosis.

The same soothing buzz also works wonders for the gastrointestinal tract. It eases hunger pangs in the stomach that usually lead to vomiting. Hence, cancer patients dealing with the nauseating effects of chemotherapy can find a comfort in the bud.

First-time growers will find a great companion in Rocklock. The product of two breeding strains, it has an equally impressive growth profile made of thick stalks and branches that do not break from a gust of strong wind or from the weight of its heavy buds. Not to mention, it produces a tremendous amount of trichomes or resin. 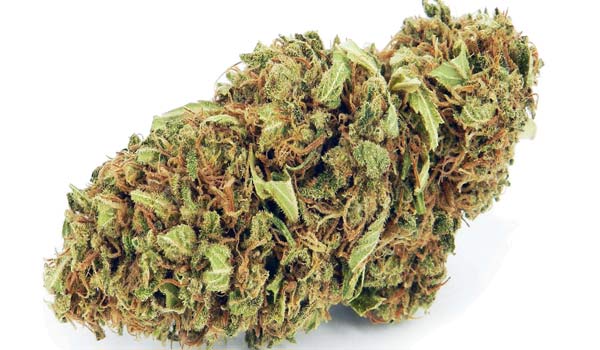 Its sturdy frame has a high resistance to weather changes. Therefore, it is a great strain to grow in either farms or gardens where it can soak up sunlight. Outdoors, it yields at least 500 grams of buds between the last week of September to the middle of October.

For indoor growers, harvest usually comes around 7 to 9 weeks after initiating the flowering period. Growers can expect between 400 to 500 grams of buds per square meter once it is fully mature. Manipulating the plant through the Sea of Green method, which maximizes its compact structure, will increase turnout. Using hydroponics also significantly increases bud production as it delivers nutrients straight to the roots. However, beginners may want to stick to using soil as a medium. Not only is it cheaper, it is less complicated too.

Have you grown or used the Rocklock strain? If not, would you like to get your hands on this strain? Please leave a comment to let us know what you think. We want to hear from you.