Purple hues are a trademark of Indica-leaning buds. This is what makes Purple Power a unique strain. It is predominantly Sativa but its frame is not at all lanky. Instead, it has a sturdy stalk with thick branches that can withstand the cold. Because of this, it is a great addition to one’s growing room.

Purple Power is a great wake-and-bake strain that accompanies users on a workday. It enhances the mood while stimulating the mind. As a result, it not only brings back motivation but also reignites a keen interest that aids in task completion.

Creating the strain was a breeze. Its sturdy frame comes from two cannabis giants, Skunk No. 1 and Dutch Dope. From the former, it gained its skunky undertones as well as high yields. Meanwhile, the latter influenced its ability to withstand the cold.

Purple Power has a pungent scent that is reminiscent of sweet fruit. Its overtones are that of berry with a hint of wood that intensify once the buds are either broken apart or combusted. Inhaling its smoke results in the bud coating the palate with a saccharine candy along with notes of tangy lemon. On the exhale, it leaves a skunky aftertaste with a refreshing tinge of pine.

Purple Power has a quick-acting onset that starts within a few minutes after one to two puffs. It introduces itself as a euphoric sensation that swarms the mind. A behavioral change is immediately visible. Smiles broaden as one’s disposition turns upbeat. 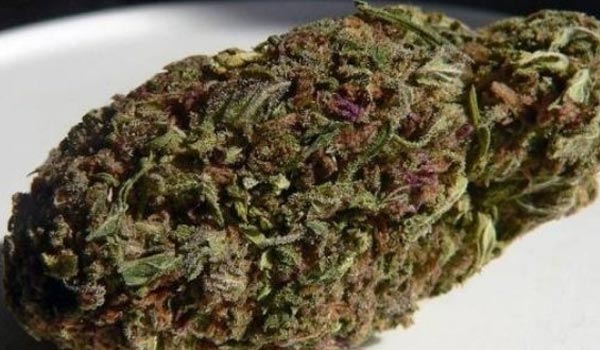 Complementing the newfound happiness is a mental clarity that sharpens the senses. It creates free space for thoughts to flow and form into possibly groundbreaking ideas. Because of this, it is an impressive wake and bake strain that enhances motivation users to work on tasks for long periods of time.

A tingling sensation eventually trickles down from the temples. It surges through the muscles, removing the tension and tightness that weigh the body down. Its subtle stimulating effects bring back one’s limberness. Like a well-oiled machine, users can perform tasks without feeling the initial tiredness.

Overall, Purple Power is a great strain to use in the morning as an alternative to coffee. It powers users throughout the day with its long-lasting buzz. Used at night, however, and it can keep one awake beyond bedtime.

Cannabinoids always inhibit moisture production in the body. Hence, it is normal for users to feel dryness in the eyes and the mouth. A more uncommon experience is dizziness and a temporary headache. However, one can easily avoid the discomfort by pacing consumption. On the other hand, the dry spell can be managed by down a few glasses of water throughout or after the session.

Stress relief is one of the many reasons why users smoke cannabis. It is true with Purple Power as well. Its up to 1% CBD, as well as cannabinoids like THC and terpenes, provide reprieve against the harmful effects of chronic stress which include the early onset of mental and physical afflictions. Its energizing effects are among its greatest attributes. It invigorates the mind and uplifts the mood. 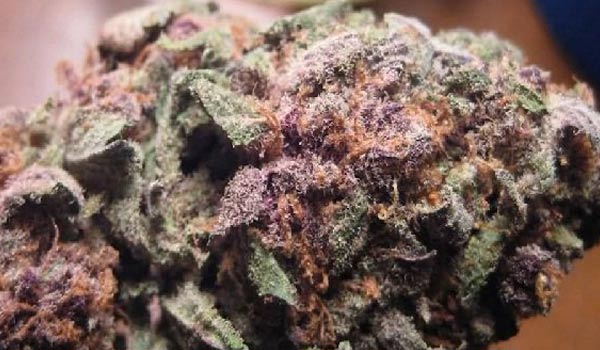 Meanwhile, its soothing euphoria calms the overwhelming dread and anxiety. Hence, it is not only a great stress reliever as well as a natural anti-depressant that helps long-sufferers of the mental health issues like depression and PTSD. At the same time, it enlivens fatigue or exhaustion either due to disease, disorder, or overwork.

High levels of THC contribute to a strain’s efficacy as an analgesic. Because of this, Purple Power is an impressive painkiller that delivers a soothing buzz all over the body. It soothes various types of aches and pains beginning from the temples. Its anti-inflammatory properties appease redness while reducing swelling that can sometimes trigger muscles to contract. Hence, it can also be used as an anti-spasmodic substitute that temporarily manages sudden muscular spasms which deliver a range of pain signals to the brain.

Purple Power is a tropical strain with a preference for long hours under the sun. Because of this, it flourishes best in the Mediterranean where the climate is warm and semi-humid. This is not to say that the plant will not flourish in the northern hemisphere. Rather, it may take time to soak up more sunlight due to its short day hours. 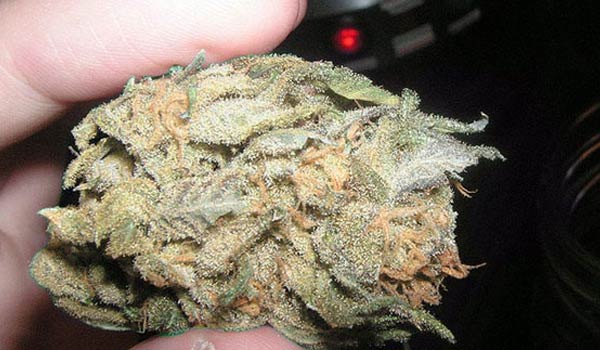 The plant is quite resilient to the cold, as often is the case of purple strains. It flowers early from the second to the last week of September. Each plant flowers 510 to 1,020 grams of buds once ready for harvest. Of course, it will still need to be protected against frost in case of an early winter. A temporary enclosing usually suffices.

Many growers prefer cultivating the plant indoors. Controlling factors such as lighting, temperature, and humidity are done by making a few adjustments to the intensity of light or the amount of air let out by the ventilation system. Moreover, growers can expose the plant to more light. It will need to be topped early though. Its height can be a problem as it not only cramps the space but interferes with light and air distribution in the lower nodes.

With that said, Purple Power has a short indoor flowering period of 7 to 9 weeks. It produces between 510 to 680 grams of buds per square meter. Growers can further improve yields by employing plant training techniques like the Screen of Green method. The screen not only evenly distributes light but also provides support for its thin branches so it does not break during massive bud production.

Not only that, it is available in feminized form too. Because of this, growers need not apply pre-germination techniques such as overnight soaking as the whole batch is guaranteed to be females.

Have you grown or used the Purple Power strain? If not, would you like to get your hands on this strain? Please leave a comment to let us know what you think. We want to hear from you.