Purple Cream is a stunning strain. It catches the eye with its deep purple buds which exude the air of royalty. Hairs of gold and a backdrop of olive complement its striking hues. In one’s hand, it leaves a sticky residue – likely from its thick coat of resin which signals its high levels of psychoactive compounds.

Indeed, the Indica-leaning strain is quite potent. Its boasts up to 24% THC with an average of 18%. However, it is quite versatile as well. Beginners may enjoy the strain in either low levels or by checking the packet of buds for its potency levels. Some batches are friendlier at 10% THC. Regardless, it delivers the same pleasant high to all enthusiasts that seek it.

Although its gained quite the reputation, Purple Cream’s history remains a mystery.

Purple Cream is a pungent strain. Breaking it apart can easily fill a room easily with its sweet floral notes and tropical undertones. This blend further intensifies when the buds are combusted and smoked. It entices the palate with the taste of freshly picked fruits and flowers. On the exhale, it leaves an earthy aftertaste.

Purple Cream is a slow-starter like many Indica-leaning strains. Usually, its effects do not start until 15 minutes after the first two or three puffs with a gentle rush of euphoria that spreads all over the mind. It leaves users feeling happy from within as it replaces feelings of contempt to cheerful memories instead. All throughout the onset, it remains quite subtle but it is enough to prepare enthusiasts for the upcoming body high. 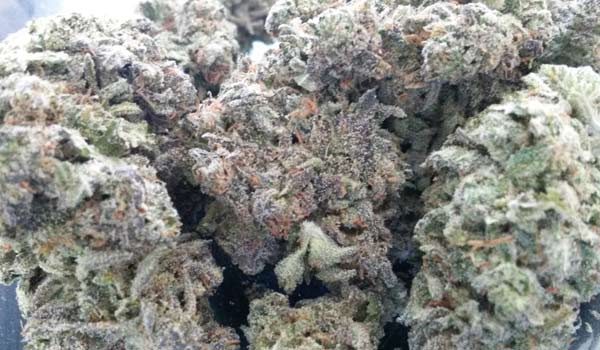 The tingling sensation intensifies after about an hour or two. It starts at the temples before trickling down to the rest of the toes. Each muscle it surges through is thoroughly relaxed. After it envelops the body, it brings back one’s initial limberness. However, one will not be able to move around to complete tasks or finish projects. Its Indica-leaning effects plant a heaviness in the limbs that prepares users for sleep. In all likelihood, enthusiasts who are lounging on the couch will eventually be lulled in a deep, unencumbered slumber.

Indeed, Purple Cream is best reserved for use at night. It thoroughly soothes users from head to toe, soothing away anxieties and releasing tension or tightness. Sleeping is a foreseeable effect at the comedown hence making it counterproductive in the morning.

Greening out is possible when it comes to smoking Purple Cream. It is characterized by a keen awareness toward one’s surroundings that can result in raised levels of anxiety or a subtle feeling of paranoia. At times, it is accompanied by a disorienting dizziness but is overall temporary as well as rare and avoidable through moderation. A more common reaction to using cannabis is dry eyes and a cottonmouth due to moisture-inhibiting cannabinoids. It is inevitable but manageable through hydration throughout the day.

At up to 1%, Purple Cream already has higher levels of CBD compared to most recreational use. Not to mention, it has high levels of THC and distinct terpene profile. Because of this, it provides a reprieve to health afflictions both mental and physical. 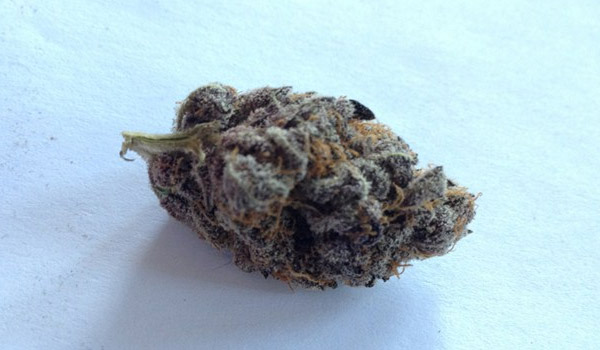 During the onset, its uplifting onset enhances the mood while removing negativity. It calms the fast-paced anxiety and the overwhelming dread that comes with chronic stress. Often, high levels of stress can also exacerbate or result in the early onset of mental health issues such as depression and PTSD.

It delivers a soothing buzz that appeases aches and pains throughout the body. Its ability to appease nausea makes it an effective source of relief for patients dealing with the disorienting side effects of chemotherapy. Eventually, the deep relaxation blankets users in a heavy sedation. It lulls users to sleep as it persists while enhancing the quality and quantity of slumber so one wakes up feeling reinvigorated the next day.

Purple Cream exhibits many Indica-leaning traits. Its stalks, for instance, are thick along with its branches. This indicates that it is a sturdier strain with higher resistance to multiple growing factors like the cold weather. Because of this, it is a great strain to grow in the northern hemisphere. 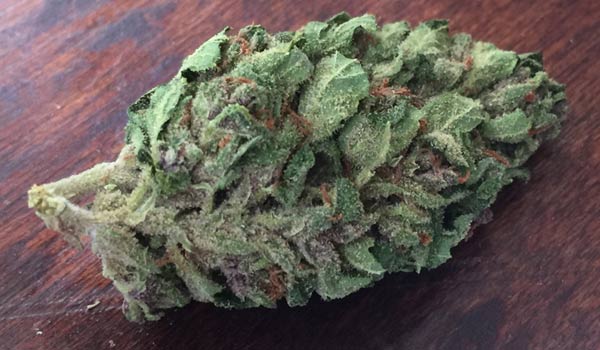 Out in a garden or farm, Purple Cream grows vigorously. It soaks up more sunlight that provides it with more energy for bud production. In the northern hemisphere, it finishes flowering around the last few days of September to the middle of October. Presumably, it can produce at least 350 grams of buds per plant at harvest. It will still need to be protected against harsh weather such as heavy rains that may ravage the plant or break its branches.

Indoors, Purple Cream remains to be a fast-flowerer. In fact, it only takes the plant between 7 to 9 weeks to fully mature with yields at least 300 to 350 grams of buds per square meter. Because grow lights cannot supplant the sun, it is not uncommon for many strains to produce lower turnouts. Growers can remedy this by applying various growing techniques and providing the batch with an adequate environment.

Installing high-intensity lights will encourage better bud production. Meanwhile, thinning out the plant as well as installing a powerful ventilation system will prevent its dense foliage from developing humidity-related problems such as mold or mildew. It adapts best to the Sea of Green method which maximizes its compact structure in small spaces for higher turnout.

To bring out its rich purple hues, growers only need to lower the temperature during the flowering period. However, growers should remember to only do it during the ‘night’ phase.

Have you grown or used the Purple Cream strain? If not, would you like to get your hands on this strain? Please leave a comment to let us know what you think. We want to hear from you.