Barney’s Farm created a super strain when it crossed three popular cannabis staples. Hawaiian has pleasant citrus and spice flavors. Combine it with the durability of Afghani and the high-yielding Skunk No.1 and the result is Morning Glory, a Sativa-leaning hybrid with a penchant for performing well recreationally, medicinally, and in the grow room.

Morning Glory is an award-winner, bagging the grand prize in High Times’ Cannabis Cup in 2002. A small dose delivers a quick-acting high centered around the mind at the onset before settling into the limbs at the comedown. Because of this, it can also be a great evening sleeping companion that gently cradles users to sleep hours before bedtime.

Used therapeutically, it relieves strain in the muscles while crushing stress overall. For users feeling a little blue, it turns the day around with its calming euphoria. Indeed, it provides a restorative, pleasurabl, and wholesome experience.

Morning Glory has a harmonious blend of citrus lime and spices, similar to the Polynesian aura of Hawaiian and Thai. It combines notes of wood from Afghani as well its notable earthy overtones. Combusting its flowers translates the same profile but its vapor is smooth and soft. In the palate, it entices one with sweet and spicy blend of lemon and pepper. An undertone of sandal wood is also present upon exhale.

Morning Glory is a potent strain that brings immediate hard-hitting effects. It has high levels of THC which range between 18% to 20%. Using beyond individual tolerance will lead to a potential couch lock as it plants a heaviness in the limbs. Beginners who want to try it out may want a seasoned enthusiast monitor the dosage to ensure a pleasant buzz. 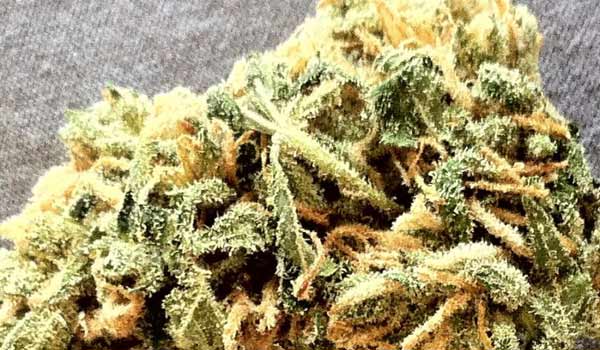 With that said, its first order of business is delivering a tingling sensation to the temples. It enhances the mood before enveloping users in an uplifting buzz. A behavioral change is instantly visible as happy thoughts replace the negativity that was once abound.

Ideas come to life too as the mental clarity creates free space for creativity to flourish. Although, it might be best to have either a pen and paper or a recorder in hand. The stimulating head high is immediately followed by the tingles buzzing intensely throughout the body, signaling the onset of its Indica effects.

The buzz carries some numbing effect that allows for utmost relaxation among enthusiasts. It relaxes the muscles, introducing itself as a gradual wave of relaxation. In all likelihood, users may want to lounge around the couch or lay in bed to release any built up stress until one is fully relieved.

The Sativa-leaning bud has such potent effects that it is enough to lull one off to dreamland. Thus, baking and waking with the strain may not be a good choice for long days where one has to stay alert. Otherwise, one may end up falling asleep at work.

Red eyes and a cottonmouth are two common reactions to smoking Morning Glory. It is unavoidable but can be mitigated by downing a few glasses of water throughout the session to ease the discomfort. Consuming beyond one’s tolerance lead to lightheadedness. Although mild, it can extend up until the morning after depending on the dosage and, as such, must be consumed in low to moderate levels.

Morning Glory has a knack for temporarily appeasing symptoms of various health issues. Its healing process involves delivering a restorative high that starts with delivering an uplifting onset. It reduces stress while soothing the overwhelming dread or anxiety that it triggers. In enhancing the mood, it also manages symptoms of depression, PTSD, along with other mental health issues. 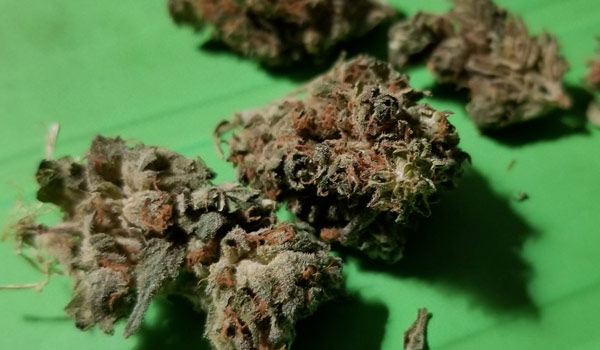 The strain is an effective pain reliever as well. It induces a tranquilizing buzz that will numb or lessen physical pain as it traverses through the body. It releases the muscles from any of the tensin or tightness that prevent it from relaxing.  Meanwhile, its anti-inflammatory properties reduce redness and swelling that can lead to constant painful contractions or constrictions.

Its powerfully tranquil body effects eventually sedate users. It battles the wakefulness away as it gently reassures patients with insomnia with a night of deep slumber especially once the effects have fully wane off. Its sedating properties also improve the quality and quantity of sleep.

Morning Glory’s Sativa roots allow it to grow taller than other strains. It thrives in warm, sunny weather which mimics a Mediterranean climate. In spite of this, it remains a versatile strain that can grow in the northern hemisphere with relative ease. It remains manageable even if it grows with almost no restriction. It matures quite quickly too with its colas ready for harvest within the middle of October to the last few days of the month. Each plant is expected to produce at least 2,000 grams of buds. 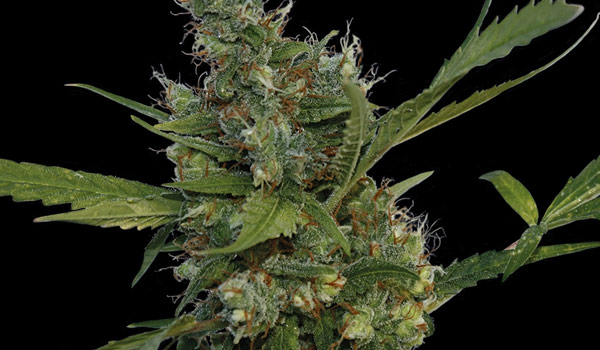 Still, Sativa phenotypes are more sensitive than Indica ones. When caring for Morning Glory, it is essential to watch out for the fertilizer used. This type of cannabis is unable to tolerate excessive amounts of nutrients and may burn.

For indoor growing, it is crucial to prepare a spacious growing area for Sativa-dominant plants. The phenotype tends to grow in a rapid phase during its vegetative period with its usual height reaching up to 2.3 meters. Growers can also choose to top the plant instead. Not only will it keep the plant short, it will also usher in the flowering period. During this phase, one can subject the plant to the Screen of Green which evenly distributes light to its budding sites.

As it matures, the buds grow large and oversized. It comes out in bright green, cone-shaped nuggets covered in golden, light orange hairs. The flowers are usually sticky to touch because of the resins engulfing each one. Those are visible in the dust of translucent crystal trichomes. The sticky resin even covers the long, curly olive leaves. Harvest should come around 8 to 10 weeks with each plant producing at between 550 to 650 grams of buds per square meter.

Have you grown or used the Morning Glory strain? If not, would you like to get your hands on this strain? Please leave a comment to let us know what you think. We want to hear from you.