How to Legally Grow Marijuana in California – Bonza Blog

How to Legally Grow Marijuana in California:

California recognizes that it’s high time to give people the right to grow marijuana. For decades, the Golden State has been blazing the trail for weed legalization. In fact, it is the first state to hold a vote to decriminalize it in 1972. While that was unsuccessful, it finally gained victory in 1996 when the medical use of marijuana was legalized.

In a groundbreaking move, the state finally won the vote for the recreational growing of marijuana in November 2016. Currently, the Cannabis Law in California allows adults 21 years of age and above to grow weed.

More importantly, a lot of the weed-related violations considered to be criminal offenses are now lowered to misdemeanors. While this is good news, interested growers should still be mindful of the rules especially since not all areas in the state agree with the idea.

So, in this article, we will discuss the details of the latest regulations in growing marijuana. This includes policies for both recreational and medical growers. In addition, we will review the steps on how to start growing legally and look at the most recent updates.

How to Legally Grow Cannabis in California

Now that regulations for the herb are finally loosening, California growers can rejoice. However, there are still some rules to follow. Here are some of the essential things to learn about the most recent law on cannabis.

California has come a long way since the movement for marijuana began. Lately, the campaign focuses on the expanding freedom and softening of penalties. Below are details of the latest law.

The minimum age is 21 – Image powered by Rwmanila.com

In the past, possessing marijuana is an absolute crime and we can land in jail for it. Now, it is treated like cigarettes and alcohol. As such, only adults in the legal age of 21 can use and grow it. So, teenagers better not touch it.

Under the Proposition 64, a specific amount of recreational weed is legal to possess, transport, process, buy or give away. Most importantly, it’s okay to smoke or ingest it. However, users are warned not to use it when driving or riding in the passenger seat. 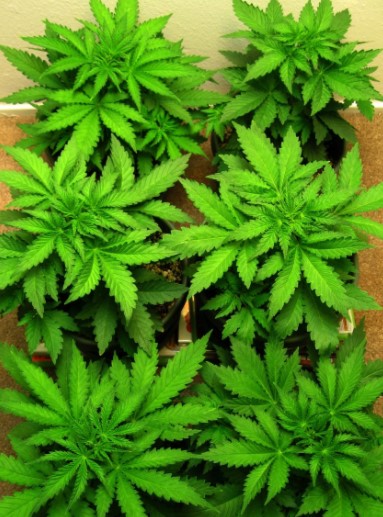 Growers can own only 6 plants – Image powered by Growweedeasy.com

While other states provide some wiggle room when it comes to the number of plants, California sticks to only six. This means that adults can legally own six plants regardless of the stage in the plant’s cycle. Interestingly, California has a very good reason for this: to save water.

This rule reminds everyone to conserve water supply in growing weed. Luckily, we can still harvest a lot of buds with six plants especially if we apply pruning and topping. The important thing is to plan well in training the plants and storing the weed.

Just because it’s legal to grow weed doesn’t mean that we can do this anywhere we want. Specifically, we should only grow in our own homes and not anywhere close to a public property. This way, we avoid offending some people who might still disagree with the current cannabis law.

To be safe, we must still be careful in keeping our marijuana growing activity secret. As such, we must cover our tracks and make sure to put a lock in the grow room. This means making sure to hide the strong smell as well.

Own only 28.5 grams of weed – Image powered by Southerncaliforniadefenseblog.com

The magic number is 28.5 grams or an ounce of marijuana at any given time. This is the amount of weed we can carry, transport, or take out of the house. Possessing more than this amount can get in us in trouble if caught.
To avoid, this problem, start investing in a scale. And make sure to get out of the house with only 28.5 grams of weed. Fortunately, this does not include the buds that grow in the plants. This means that we can keep as much weed if we don’t carry it outside our homes.

We have the right to grow indoors – Image powered by Organic-products-lifestyle.com

According to the regulations, cities can prohibit growing weed in public places, but not indoor growing. So, interested growers should only plant in their own territories. While it’s their right to grow weed, it’s essential to avoid breaking any of the city laws.

So, like the third rule, home growers need to cover their tracks when growing marijuana. While it is now legal, some people can still complain about it when they find out.

As mentioned, California was the first state to legalize medical use of marijuana. Hence, the state has a well-known medical cannabis program that many people benefit from. This includes approved treatment for HIV/AIDS, epilepsy, arthritis, and cancer. Also, it provides relief for chronic and unmanageable pain, and migraine.

Due to the high demand for medical weed, the state doesn’t require an ID card to grow it. However, growing marijuana without any of the health problems mentioned above is illegal.
Recently, the state approved the 2018 policy for medical marijuana. In the new law, medical card holders will be exempted from paying the sales tax when buying retail weed.

However, in neighboring recreational states, medical marijuana strains are getting harder to obtain. Presumably, this situation is due to the higher demand for recreational strains. Many people worry that the same might happen in California.

To avoid this problem, it’s probably best for Californian growers to grow medical strains now. By doing so, they will ensure that the supply of therapeutic weed will not diminish.

The Importance of a Medical Card – Image powered by Northwestgeorgianews.com

Marijuana growers in California don’t need a medical card to grow weed. But they need it to protect themselves in the event of an arrest. Usually, patients and caregivers register for it, so they can legally grow the herb.

There’s also the option to remain anonymous by obtaining the card from a few doctors. Even some nonprofit organization offer the same confidentiality. However, these medical cards are not registered with the state. So, it only proves that the holder needs medical weed. But it may not be enough to stop a police officer from confiscating the cannabis.

Where to Buy Cannabis Seeds – Image powered by Btl.co.za

Despite the loosening policies on marijuana, it is still better to be safe than sorry. As we know, the propaganda against the plant is ingrained deeply in our culture and history. Thus, it is best if we keep our weed growing private.

So, when we buy seeds, always look for a reputable seller. Better yet, order online for optimum discretion and high-quality seeds.

Growing cannabis in California stems from medical needs. Therefore, most areas in the state assume that people will grow as much as they need. As such, there is no actual limit on how much buds one can own as long as we stick to the 6-plant rule.

Unfortunately, some cities in California don’t like this idea. In fact, they still consider it illegal to grow weed. But for the most part, anyone can plant the herb if a doctor gives the approval.

Ever since the emergence of the medical marijuana law, growing weed has become so popular. So, it’s mostly in California that we can hire a professional worker to prune or train the crop.

If we want to grow cannabis in California, we must follow these steps. They are centered on the present regulations which make sure that we get the best weed in the safest way.

How to Grow Cannabis in California – Image powered by Amazon.com

Step 1: Talk to a Doctor

As mentioned, a medical card will protect us from an arrest. To obtain one, we need to see a doctor and who will write a recommendation. Once this step this done, we can breathe easy and proceed to the next step.

Step 2: Study How to Grow Marijuana

Learning the basics of how to grow weed is vital to a successful grow. In the long run, this will prove to be beneficial as it will help us fix problems or avoid them.

Like many prized plants, growing marijuana requires a good understanding of its life cycle. While it often survives without much help, it needs proper care to thrive. Once we are confident to start the process, then we move to the next step.

The quality of the seed plays a huge role in the success of the growth. Often, good seeds produce healthy plants and give high yields. Also, they are less prone to problems which is ideal for inexperienced growers.

One of the most vital parts of growing weed is staying safe from arrest. So, don’t forget to check out the growing rules in the local area. As the saying goes, it’s better to be safe than sorry. 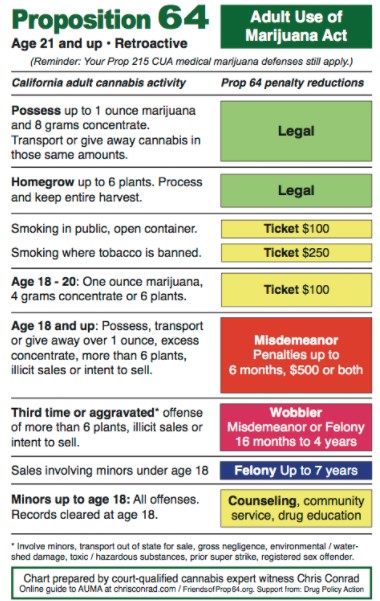 The decriminalization of marijuana for medical use makes most charges less serious. So, getting caught with less than 28.5 grams will only lead to a fine.

On the other hand, growing weed for recreational use is still a serious offense. However, it’s okay for patients and caregivers that are at least 18 to do so.

Often, the most serious penalty in California is handed to people who chemically manufacture hash. This is because making hash usually leads to explosions that destroy properties and kill people. Also, some hash contains dangerous levels of chemicals that harm the users.

California is taking another step in the marijuana movement by granting licenses to recreational weed sellers. Effective January 2, 2018, the new law allows people to use weed for both medical and recreational purposes.

Aside from full decriminalization, comprehensive quality screening is also expected to take over. This means that retail weed will have to undergo strict testing requirements as well as dosage control. Of course, people will benefit from these processes which ensure consumption of only the safest weed.

To prepare for the big changes in weed policies, the California legalization campaign aims to prepare the citizens. So, in October 2016, they launched a TV ad that highlighted responsible use.

It’s important for people to respect the law while taking full advantage of it. In the case of growing marijuana in California, some guidelines are necessary to keep everyone happy. Since not everyone agrees with the new rules, getting arrested or questioned is still a possibility.

So, for those who want to grow weed in the Golden State, doing it safely and legally ensures success. In the end, we owe it to ourselves to avoid any unpleasant impressions on the marijuana movement. Especially now that there so many things to look forward to in the Cannabis Law.