Las Vegas Purple Kush is an impressive strain with equally splendid traits. It has a dominant herbal profile enhanced by the taste of skunk. It delivers a largely euphoric head high and a sedating comedown that helps medicate a range of symptoms from varying health issues.

To further improve it, breeders at Alphakronik Genes decided to back cross it with Sin City Kush to recreate the experience that a Pre-98 Bubba Kush delivers. Its has a fruity smoke that stimulates users from head to toe before eventually settling into the bones as a heavy hitting buzz. Not to mention, it has a deep emerald hue with royal purple streaks which entice the eyes.

Las Vegas Purple Kush BX pays homage to its parent as a backcross. It has a blended terpene profile with distinct flavors of berries, coffee, and sharp chemicals. Its effects are heavy on the limbs but light on the temples, creating a sense of tranquility that lasts for hour until one fall asleep.

Las Vegas Purple Kush BX has a distinct coffee scent with sweet undertones reminiscent of sugar or honey. Crushing or combusting the buds releases a subtle hint of fruit similar to taking a bite of a berry muffin which complements the aroma of caffeine. There may be a bit of coughing on the exhale as it washes the mouth with an aftertaste of chemicals.

In spite of its high levels of THC, ranging between 18% to 20%, Las Vegas Purple Kush BX is a strain that stays true to its Indica lineage. It starts slow, gradually building up in intensity as users take a few more swigs. However, it is also for this reason that users must consume it with caution. Otherwise, it can turn a pleasant high into a dreadful couch lock. 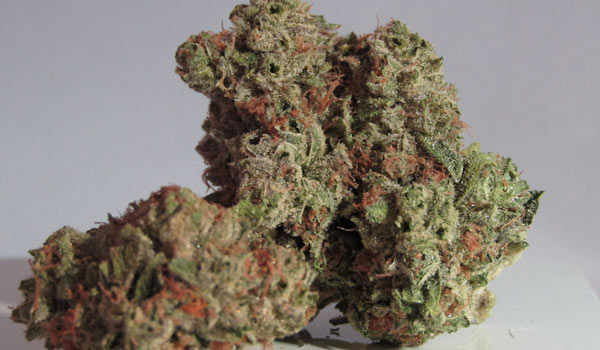 It introduces itself as a euphoric rush that instantly uplifts the mind. It leaves users feeling of happy as it persists. For many, this is a moment of temporary freedom from the daily stressors of life. The mildness is a great way to ease oneself into a night of relaxation.

A tingling sensation intensifies two to three hours after the initial effects. It surges from the toes to the temples, passing through the muscles while relieving it of its tightness. Soothing the body soon is a blanket of relaxation. In all likelihood, users will want to lounge around on the couch or the bed.

Waiting at the comedown, however, is a sedating buzz that cradles users to sleep. Hand-in-hand with Mr. Sandman, users travel to the land of dreams without worries. This is also precisely why it should only be used late in the afternoon or early evening.

Dryness is a common side effect of marijuana use. It presents itself in areas like the eyes and mouth the most. At times, it may be accompanied by an itchy throat due to its chemical aftertaste but it can easily be mitigated by downing a few glasses of water. Avoiding caffeine and alcohol will also prevent the discomfort from exacerbating.

Chronic stress is a problem that must be addressed early. Otherwise, it can lead to the early development of problems such as depression or exacerbate physical health issues like arrhythmia and heart attacks. To this end, Las Vegas Purple Kush BX is a great source of relief. 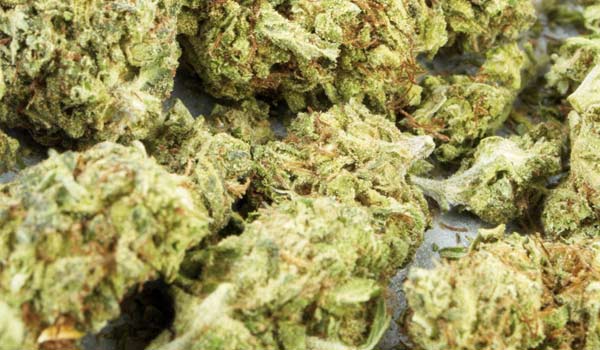 It crushes stress through its head to toe psychoactive high. Enhancing the mood during its onset is an uplifting buzz that removes dreadful worries and self-depreciating thoughts. Because of this, it is also a source of reprieve to long-sufferers of depression and other mental health issues like PTSD or anxiety.

Its ability kill pains and aches starts at the temples. It releases pressure from behind the eyes, a symptom of glaucoma that can cause severe headaches and migraines. A positive side effect of its relaxing properties is that it appeases inflammation, reducing redness and swelling which can cause unwanted contractions that send pain signals to the brain. As it spreads toward the toes, it relieves tension or tightness resulting from fatigue and over work.

Las Vegas Purple Kush BX has an Indica structure. It is short, stout, and sturdy. Its frame is thick while its foliage is dense. It is also quite compact. Because of this, it is great for growing in both gardens, farms, as well as controllable environments like greenhouses. 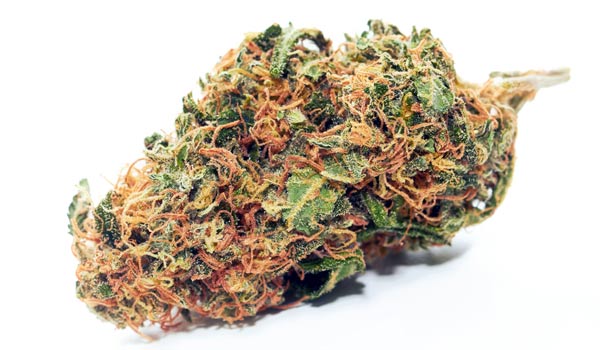 Indoors, it will need to be thinned out. Its foliage can sometimes get in the way with proper aeration in the lower nodes which eventually leads to the development of humidity-related problems like mold or mildew. Installing a proficient ventilation system, as well as fans, will ensure there is enough air circulating in the growing space.

It flowers from 7 to 9 weeks. Growers can expect at least 300 to 350 grams of buds per square meter. During this period, it is best to install high-intensity lights which encourage higher yields. Another way to increase turnout is by manipulating the plant through the Sea of Green method. It requires planting at least four seeds in a single square meter.

In the northern hemisphere, Las Vegas Purple Kush BX has a fair chance of performing well. Harvest lasts from the last week of September to the middle of October. It yields at least 350 grams of buds per plant. It will need to be strategically placed where there is a lot of sun and protection against harsh weather which might snap it into half or kill it overnight such as what the frost does.

Have you grown or used the Las Vegas Purple Kush BX strain? If not, would you like to get your hands on this strain? Please leave a comment to let us know what you think. We want to hear from you.