Quentin Tarantino’s Kill Bill is undoubtedly one of the most well known movies of all time. The trilogy follows the story of a woman, who was once a hit man, that was killed by her former colleagues on her wedding day after choosing to pursue a normal life. Suffice to say, the film strategically showcases the interplay of goals, determination, and fighting abilities of all its characters in a bloody array of scenes.

While not as gruesome as its namesake inspiration, the cannabis strain Kill Bill does have the ability to incapacitate its users. Used beyond personal THC tolerance levels, it can deliver a heavy-hitting high that locks the body to the couch while the mind combats the disorienting sharpness of one’s senses. In moderation, however, it is quite pleasant. Just like the Bride’s brief experience of normal days, it is blissful, indulgent, and happy. It takes the mind away from worries while tranquilizing the body.

Its name comes from its lineage, Killer Queen. From it, the well-balanced hybrid gained its fruity undertones as well as stimulating head high. Meanwhile, Willy’s Wonder contributed to its offspring’s wonderful Indica genetics and easy growth profile.

Kill Bill has a floral scent that develops into crushed roses once the buds are combusted and consumed. It is notably pungent, due to its relatively high terpene production. Although its overtones are sweet, its smoke is lined with a subtle sourness that only intensifies with each puff. On the exhale, it washes the mouth over with a diesel aftertaste.

Kill Bill’s effects manifest immediately after the first few puffs. However, rather than a head-slamming high that leaves users feeling overwhelmed, it is a gentle rush of euphoria that starts at the temples before moving through the rest of the body.

As it begins to intensify, it swarms the mind until it is clear. Replacing the former thoughts is an innate sense of happiness that leaves users smiling throughout the high. The behavioral change is instantly visible too. Moods are on a different plane as one floats into new heights. Steps are lighter and bouncier too. 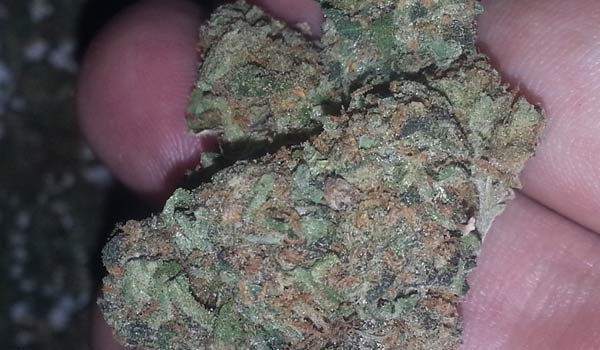 The cerebral onset’s effects also stimulate the appetite. Hence, it is highly recommended to have snacks nearby around an arm’s length away. In this way, users need not get up and go to the kitchen to prepare some food. Although, if the bud is used in moderation, one should not have a problem with moving around to perform light physical activities.

The initial body rush gradually escalates after about an hour or two. It complements the initial head high by easing the muscles of tension and releasing tightness. It allows one to truly bask in relaxation after a long day or during one’s day off. Using a little beyond one’s limit can lead to a heaviness planting itself in the limbs. In all likelihood, users will most likely drift off to dreamland hand-in-hand with Mr. Sandman.

Because of its heavy-hitting comedown, Kill Bill is best used during days off or to cap the night off after a long day at work. However, users may still take advantage of the strain during the morning or afternoon by limiting it to low dosages. Otherwise, it can be counterproductive.

Cannabinoids interfere with the production and retention of moisture. As such, it is not uncommon for users to experience dryness in the eyes and the mouth. It is mild but barely noticeable at all for experienced users. However, beginners who experience discomfort may manage it by drinking water throughout the day. Headaches are also possible but temporary.

Stress relief is one of the top cited reasons as to why users consume marijuana. After all, accumulated and chronic exposure to stress can exacerbate or lead to the early onset of health issues such as heart attacks, hypertension, and depression. Because of this, it is necessary that people find reprieve in recreational activities. For some, this is a relaxing time basking in the psychoactive yet medically beneficial effects of cannabis. 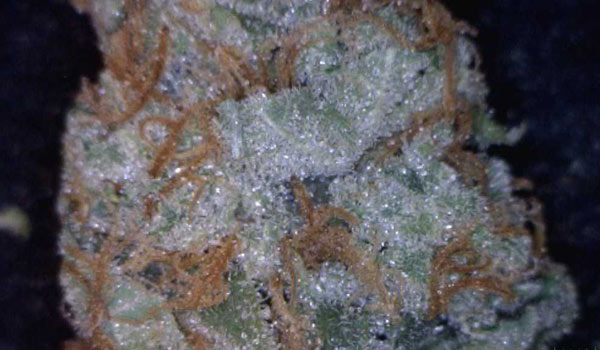 To this end, Kill Bill works well. It delivers an uplifting onset that not only improves moods but also reduces the building negativity in one’s thoughts. Not to mention, it has a soothing euphoria that calms any overwhelming dread resulting from stress or anxiety. It is also because of this, and its natural ability to manage symptoms, that long-sufferers of depression and other mental health issues like PTSD find reprieve in the strain.

Indeed, the best time to use Kill Bill is before a meal. Its stimulating effects extend to the gastrointestinal tract and revive the appetite. Before anything else, however, it first eases any pain in the stomach as well as the rest of the body. Its relaxing properties start at the temples, where it eases intraocular pressure or pressure from behind the eyes. If left unattended, it can induce headaches and worsen migraines.

Feeling thoroughly relaxed, users eventually feel drowsy. The eyes droop until it is eventually closed as one drifts off to a deep sleep. Its sedating properties enhance the quality and quantity of sleep so patients with insomnia can rely on the strain.

Kill Bill exhibits both Indica and Sativa qualities as a plant. It is relatively tall, growing between 100 cm to 200 cm, and quite compact. Not to mention, it has strong resistance to mold and cold. Because of this, beginners can grow the strain with ease. 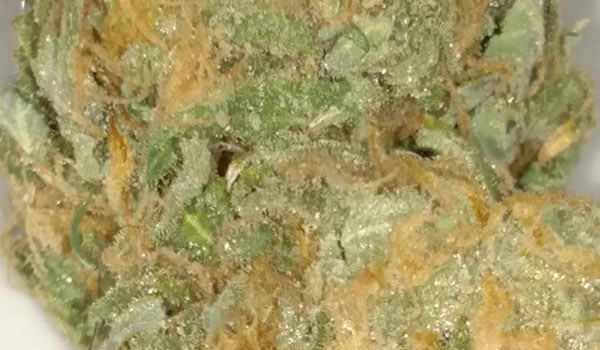 Highly adaptable, Kill Bill easily adjusts to any environment. Outdoors, it will require strategic placement so it can soak up as much sun especially in cooler regions like the northern hemisphere. Harvest is usually around the last week of September to the early days of October. However, growers can extend the flowering period by a week more to further improve bud production. One can usually expect at least 450 grams per plant once it is fully mature.

Indoors, the plant will need to be pruned and topped early. It will keep the plant short as well as improve light and air circulation around the lower nodes. Growers can also choose to train it using either the Sea or Screen of Green method. A hydroponics setup further hastens the flowering period. Directing the nutrients directly to the roots will also possibly double yields. However, growers that want to enhance flavor may want to use soil instead. After maturing for 7 to 9 weeks, it produces at least 350 to 400 grams of buds per square meter.

Have you grown or used the Kill Bill strain? If not, would you like to get your hands on this strain? Please leave a comment to let us know what you think. We want to hear from you.