Greenhouse Seed Co. is one of the, if not the most, successful cannabis companies in the world. It has won 35 High Times Cannabis Cups along with countless other international awards due to its high-quality genetics.

One of its most illustrious strains is K-Train, an Indica-leaning strain that packs quite a punch. It has potent THC levels of 22% to 23% that, when used beyond limits, can lock users to the couch without hesitation. Its effects are quite pleasant when used in moderation though. It leaves users feeling happy throughout the day as it gently cradles one to bed.

To create the strain, Greenhouse Seed Co. used the legendary OG Kush as a genetic base. It has a tangy terpene profile with great head-to-toe effects that earned it a place among industry mainstays. To further enhance its growth profile and potency, the breeders added Trainwreck. The Sativa-dominant strain brings a cerebral euphoria that tapers into a gradual relaxation. Not to mention, it has high THC content that alleviates symptoms of a variety of health issues.

K-Train, although widely recognized for its recreational effects, has high therapeutic potential. It delivers a stress-crushing euphoria brings back the mind’s initial vigor. Meanwhile, its tranquilizing body buzz removes pains and aches.

K-Train has a strong earthy profile with hints of wood. It has a fruity undertone reminiscent of freshly picked fruit. Inhaling its smooth smoke reveals its floral undertones of lavender. On the exhale, it leaves an aftertaste of licorice.

K-Train, like many Indica-leaning strains, is a slow-starter. Its onset does not begin until 15 minutes after the first two or three puffs. Because of this, users should pace consumption of the strain. Otherwise, it can be devastatingly overwhelming.

With that said, its effects usually start in the mind as a rush of euphoria that uplifts the mood. Users immediately experience a change in behavior. Smiles are broader, extending from ear to ear. A sense of happiness radiates from within as the mental clarity persists.

Preparing snacks before taking a hit of K-Train is highly recommended. Its head high, although mild, stimulates the stomach. Having food nearby will soothe the ravenous appetite. In this way, users can enjoy the onset of its Indica effects. 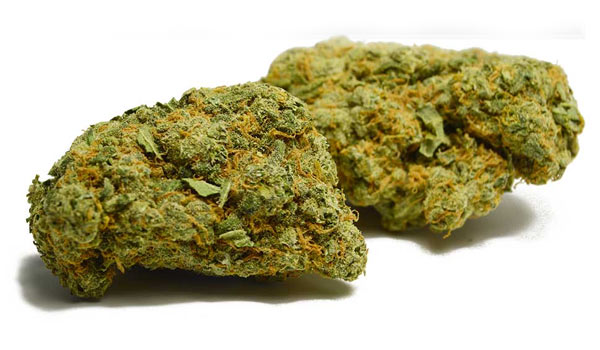 Gradually, a tingling sensation intensifies around the eyes that oozes down from the temples. It surges through the muscles, releasing tension and planting a heaviness in the limbs. Subtle at first, it eventually intensifies until it blankets the body in deep relaxation.

Although it leaves the body limber, K-Train is best used in the evening. Its soothing and calming high tapers at the comedown into a sedating buzz that lulls users to sleep. In all likelihood, enthusiasts who are lounging around the couch or the bed will fall into a long but invigorating slumber. Using it in the morning will only prove to be counterproductive.

Dryness in the eyes and the mouth are two common reactions to smoking K-Train. Neither are a cause for concern due to its mildness and typicality. However, users may down a few glasses of water throughout the day to manage the symptoms. It is also possible for one to green out while using the bud especially at high levels. Its keen awareness induces a subtle feeling of paranoia, dizziness, and a headache that lasts for a few hours. For this reason, pacing and moderation must always be practiced.

K-Train is a product of one of the world’s best cannabis company. Thus, it should come as no surprise that it can also be of great therapeutic value. It delivers a tranquilizing head-to-toe high that temporarily alleviates indicators of multiple mental and physical conditions. 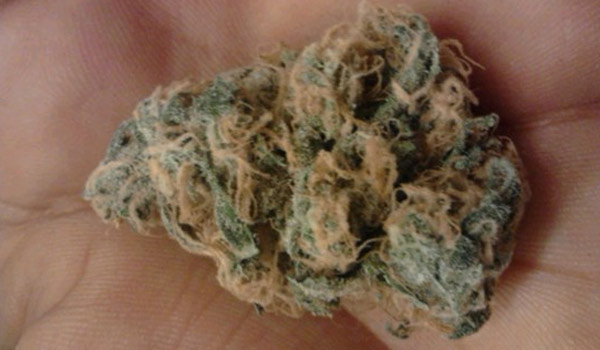 Its uplifting head high replaces feelings of hopelessness with an enhanced mood that stabilizes turbulent emotions. Its soothing euphoria calms anxious-ridden thoughts that bring about an overwhelming dread. Often, it can lead to self-depreciating thoughts when left unattended. Because of this, K-Train is not only an effective stress reliever but also an anti-depressant that manages symptoms of mental health issues like depression and PTSD.

A soothing sensation removes pains and aches all over the body, beginning from the temples. It significantly reduces intraocular pressure, or pressure from behind the eyes, which causes headaches and migraines. It is also a symptom of glaucoma. Thus, patients may find a source of comfort in the strain for managing symptoms of the cancerous condition. The deep relaxation brings about a limberness which combats fatigue and exhaustion.

Although Indica-leaning, K-Train has the frame of a Sativa. It is quite tall with impressive intermodal spacing. However, it is not at all thin. Rather than breaking into two, it only sways when fazed by a strong gust of wind. Its lanky branches may require some support against the weight of its heavy buds. However, this also allows growers to manipulate the plant easily. 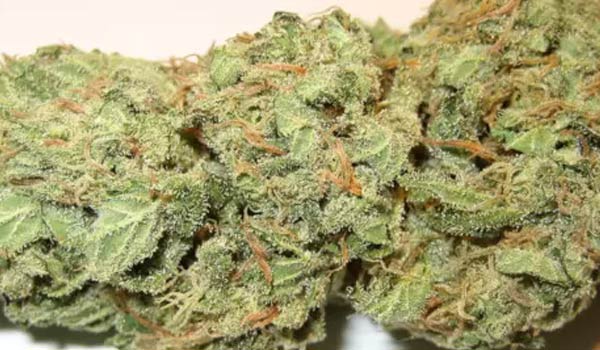 Because of this, K-Train is a great candidate for the Screen of Green method. It requires placing a screen above the current canopy and weaving the branches into the net. It not only provides support but also creates more budding sites. Moreover, the even light distribution encourages higher yields.

K-Train will need to be topped early when cultivated indoors. As alluded to earlier, it is a tall plant that will continue to stretch throughout the flowering period. It can cramp up the space as well as interfere with light and air distribution among the lower nodes. Thinning it out will also improve the latter. Regardless, after 7 to 9 weeks, it will flower at least 700 to 800 grams of buds per square meter.

Another way to improve output is employing a hydroponics setup. It delivers nutrients directly to the roots, rushing growth and development. Soil, however, brings out its full flavors. Because of this, many growers prefer to cultivate K-Train in gardens or farms it can also absorb the sun. Outdoors, it blossoms from the last week of September to the middle of October yielding up to 1,000 grams of buds per plant.

Have you grown or used the K-Train strain? If not, would you like to get your hands on this strain? Please leave a comment to let us know what you think. We want to hear from you.