Jock Horror is a Sativa-dominant hybrid created by crossing the three legendary strains – Northern Lights, Skunk #1, and Haze 19. The first laid the groundwork for heavy trichome production. The resinous buds are paired with a pungent aroma and distinct skunk flavor. However, its cerebral buzz as well as Sativa-leaning genes.

Nirvana Seeds created a strain with a brilliant energizing buzz. It improves the mood and is a great pick-me-up for the whole day with its potent THC levels of 15% to 24%. It also has therapeutic benefits such as relieving fatigue or chronic pains. Others have theorized that its invigorating effects is what inspired the “jock” in its name.

Often times, there is a confusion between Jock Horror and another strain, Jack Herrer. Not only are its lineages similar but its effects too. As such, enthusiasts should be careful when ordering at a dispensary.

Like entering a growing area, Jock Horror’s scent is a blend of lightly burnt chestnuts and freshly watered earth. Combusting the buds reveals its pungent notes of skunk – a testament to its lineage. Its flavors mirror its aroma at the first toke but gradually diffuses into a subtle sweet undertone. Crushed berries and freshly squeezed lemon tantalize the palate when swirling its smoke inside the palate. On the exhale, it leaves a cool but honeyed mint aftertaste.

A few drags of Jock Horror hits as quickly as a shot of espresso. It sends energy up to the brain then spreads it all over the body to keep one moving all day long. It gradually speeds up one’s thought process as happy hormones flood the mind with cheerful memories. Users find themselves in a more upbeat disposition than before. 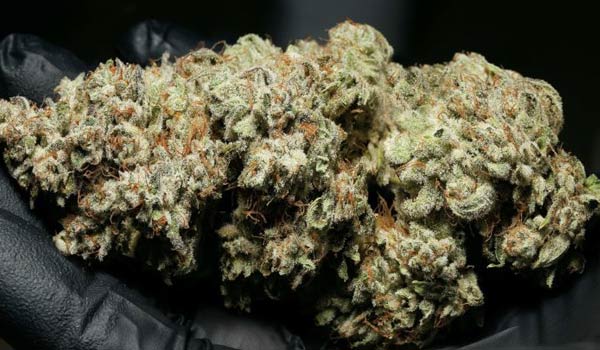 It is best used in the presence of like-minded friends. It not only has recreational effects but also a great companion over brunch. It stimulates the appetite while encouraging users to be social. An afternoon over food will bring life to stories and an upbeat atmosphere. Although, used alone, one can also dedicate the time to prepare food in the kitchen or just have snacks nearby.

In spite of the hours that pass, the buzzing sensation continues to intensify. It leaves the body feeling invigorated but relaxed like a well-oiled machine that could complete various tasks. Jock Horror supplies lots of energy and is definitely wiser to consume during daytime. Of course, enjoying the flowers anytime of the day is also possible but with caution.

Getting irritated eyes and a dry mouth is not something new for users who have tried cannabis. It is a normal, barely noticeable, and easy to manage. At times, it may be accompanied by dizziness. Staying hydrated before, during, after smoking Jock Horror can lessen the discomfort before the dry spell completely disappears on its own.

Drinking lots of water also helps mitigate the effects of greening out, which is a keen awareness toward one’s surroundings that disorients the mind or makes one feel paranoid. As a result, consuming excessive amounts of the strain triggers lingering mental health issues such as anxiety. Another way to avoid the unpleasant reaction is staying cautious of the dosage.

Jock Horror is quite a helpful strain. Rather than horror, it brings out an innate sense of happiness that temporarily manages symptoms of depression and other mental health issues like PTSD. It encourages laughter even on blue day, so users feel lighter and brighter. Its ability to enhance the mood also releases stress. Hence, the herb does not only give a fun time, it also instills a positive disposition to enthusiasts. 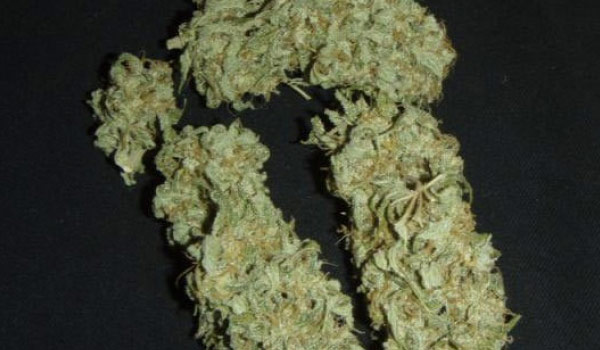 Through the same stress-crushing buzz, it invigorates the body to mute out the fatigue or exhaustion that settles in the limbs. The same psychoactive compound turns into a natural painkiller in high levels. It delivers a soothing buzz that relaxes the muscles to prevent it from contracting in pain.

As a result, it is an effective antiemetic that eases nausea and vomiting especially in cancer patients coming home from a chemotherapy session. Its ability to relieve the gastrointestinal tract also stimulates the stomach. Hence, users can eat heartily without being interrupted by hunger pangs. The appetite stimulant perfect for users with eating disorders like cachexia or anorexia.

Jock Horror has the features of a Sativa. It is tall with huge internodal spaces that continues to stretch toward the sky. It grows up to 3 meters tall and, because of this, it looks like a miniature Christmas tree. Meanwhile, its fluffy buds taper on each end but are quite dense and heavy especially when holding it up in one’s hand. 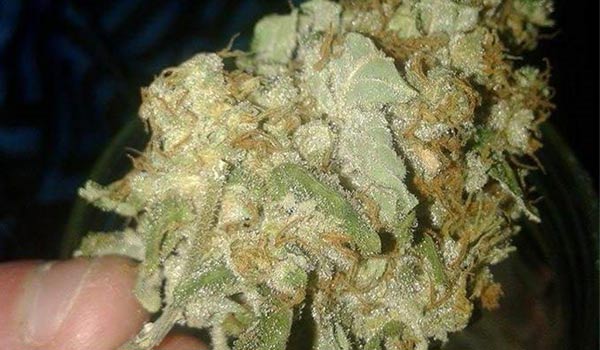 In spite of its lankiness, the bud is quiet sturdy and can grow in various growing conditions. Before marijuana was legalized, however, many growers opted to cultivate it indoors. It grew well but its height was difficult to manage and would sometimes cramp up the space. Pruning is essential for better aeration and light distribution. Techniques like the Screen of Green will train the plant to stay short by weaving the branches into and encouraging lateral growth. After 9 to 11 weeks of flowering, it yields between 350 to 450 grams of buds per square meter.

After legalization, however, many growers have opted to grow it outdoors where it has enough space to grow up to its full potential. The sunlight also gives it tremendous amounts energy that will improve bud production. Meanwhile, the organic soil will create better flavors. Harvest usually comes around middle of October to the early days of November. It yields at least 450 grams of buds per plant with each bud sporting bright orange pistols against a backdrop of lime green.

Lowering temperatures indoors or harvesting it later outdoors enough for the cool temperatures to set in will bring out Jock Horror’s purple hues.

Have you grown or used the Jock Horror strain? If not, would you like to get your hands on this strain? Please leave a comment to let us know what you think. We want to hear from you.