Himalayan Gold is a delicious strain that hits users in all the right spots. It starts from the head as a subtle energizing buzz that eases its way through the body, leaving no limb or muscle amiss. Moreover, it has a distinctive terpene profile that entices users even as a bag of its buds are opened.

This goldmine of a bud is the result of crossing two indigenous varieties. Greenhouse Seeds used both a pure Nepalese Sativa and a North Indian Indica. The former lent its happy head high to its offspring while the latter influenced its relaxing gradual comedown.

Apart from its effects, the two landrace strains also influenced Himalayan Gold’s growth profile. It is a fast-flowerer, finishing as early as eight weeks that enthusiasts can extend to produce more. Regardless, when harvested at precisely the right time, growers can expect it to yield high with the most basic care.

Himalayan Gold has sweet overtones ridden with undertones of chocolate. Accentuating it are spicy notes of pepper which intensify once the buds are broken apart or combusted. It tantalizes the palate with its herbal flavors before leaving an earthy aftertaste on the exhale.

Himalayan Gold’s effects lean more toward an even split between Sativa and Indica. Although its onset is mainly cerebral, it takes quite a bit of time to settle. Hence, users should stay cautious while using the strain as a little over one’s tolerance can result in a devastating high 15 minutes later.

With that said, Himalayan Gold almost always starts with a euphoric rush that uplifts spirits. It enhances the mood, so one’s disposition throughout the day improves. At the same time, it induces a mental clarity that allows thoughts to flow and form freely. Because of this, it can be a source of inspiration for creativity.

After about an hour or two, a light pressure from the temples trickles down to the rest of the body. It soothes each muscle that it passes through until one no longer feels tired. Users are enveloped in deep relaxation. Like a well-oiled machine, users work through tasks feeling energized.

In spite of its Indica-leaning structure, Himalayan Gold can be used at any time of the day. Its wake-and-bake qualities lead to a productive day. Meanwhile, its relaxing comedown is a wonderful companion as an after-work special.

Like other strains, Himalayan Gold inhibits moisture production. As such, users experience the inevitable dry eyes and a cottonmouth. It is mild and barely noticeable but lasts for more than a few hours. In case it gets irritating, one may down a few glasses of water throughout the day. 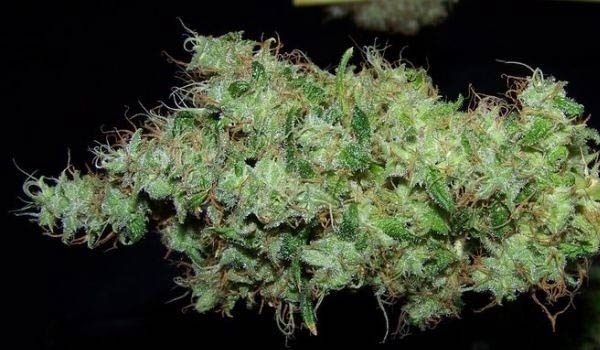 Although rare, it is also possible for users to experience dizziness and paranoia while using Himalayan Gold especially when one uses beyond individual tolerance. It is mostly confined to a headache though. Still, users should use the bud with caution or start with low dosages.

Resting at 1.4%, Himalayan Gold has higher levels of CBD compared to other recreational strains. Together with its other cannabinoids, it delivers a head-to-toe high that provides relief to patients suffering from various mental and physical health issues.

Among its best attributes is its happy head high which calms the fast-paced thoughts of worrywarts or stressed out users. At the same time, it tranquilizes any turbulent mood swings by uplifting emotions. For this reason, it is a source of comfort to patients dealing with mental afflictions like anxiety, PTSD, and depression. 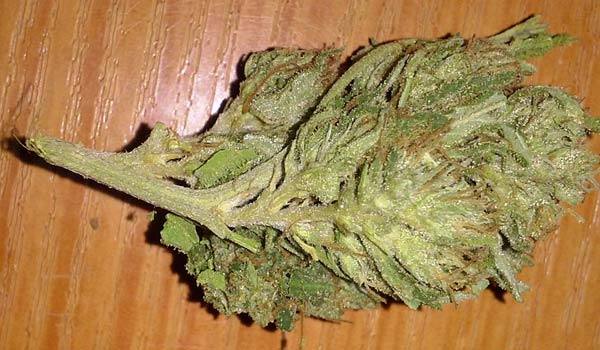 The same psychoactive compound also sends a subtle rush of refreshing energy to the rest of the body. Its soothing buzz relieves aches and pains all over the body including any headaches that may interfere with one’s ability to enjoy the day. In doing so, it brings back one’s initial limberness while appeasing fatigue.

As the offspring of two landrace strains, Himalayan Gold is an extremely sturdy strain. It has thick stems and stalks, courtesy of its Indica lineage, that can withstand a variety of growing issues such as strong winds and dipping temperatures. For this reason, beginners can grow the plant with ease.

At the same time, it is also tall like a Sativa. Growers who are planning to cultivate the plant indoors should learn how to prune the plant properly as it can grow as tall as 240cm. Topping the plant early will also keep it short.

A problem that growers experience with a tall plant is that, apart from having a single cola, it does not distribute light evenly. Because of this, it works best with the Screen of Green method. Having a screen situated a few inches above the strain then weaving the lower branches through the net will create an even canopy that distributes light evenly. As a result, it produces more budding sites that yield higher. The screen also provides support to its heavy buds, especially during the flowering period. Harvest usually comes after 7 to 9 weeks with each square meter producing between 750 to 850 grams of buds.

Although it is impressively sturdy, it is best to prepare a temporary enclosing that can protect it from extreme or harsh weather. Snow during an early winter, for example, can kill the plant overnight. With that said, Himalayan Gold is fairly hardy enough for growers to cultivate in the northern hemisphere. Once ready for harvest, it yields up to 1,350 grams of buds per plant by the last week of September to the middle of October.

Have you grown or used the Himalayan Gold strain? If not, would you like to get your hands on this strain? Please leave a comment to let us know what you think. We want to hear from you.