Heavy Duty Fruity is a delicious strain. It tantalizes the senses with its fruity profile and tropical overtones. Drawing it in, on the other hand, activates its multi-layered high which starts with a stimulating cerebral buzz that takes one beyond the clouds. It later takes users back to earth tapers down to a soothing body relaxation.

Creating the strain was not at all difficult. With so many choices in the industry, it is easy to choose stabilized parents with multiple desired traits. From Killing Garberville, it gained its impressive trichome production. Mendocino Hash Plant, on the other hand, contributed to its heavy-hitting sleepy comedown. Finally, the addition of Seattle Big Bud fortified its performance in the grow room and big buds.

Apart from its recreational effects, Heavy Duty Fruity also enthusiasts with its impressive growing profile and commercial potential. It yields high after flowering for a short time. Each of its buds are layered in a thick coat of trichomes that shimmer under the glow lights.

Heavy Duty Fruity has a tropical terpene profile. It has a sweet scent with an equally saccharine flavor of ripened fruits. Dominating its overtones is a tangy citrus with sour undertones that tantalize the senses. Its smoke bursts in the palate at the first draw and, on the exhale, leaves a sugary aftertaste.

Heavy Duty Fruity is a potent strain with a quick-acting onset. With minutes after the first few puffs, a buzz of euphoria rushes to the mind. It clears away any lingering doubts or negative thoughts that worry users. At the same time, it enhances the mood while uplifting spirits. 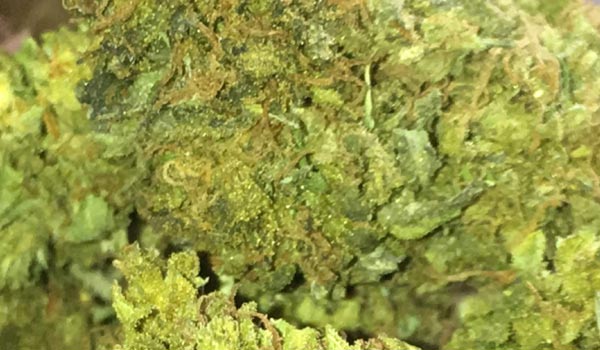 Complementing the happy high is a soothing body buzz that creeps in the background. As it intensifies, it trickles down from the temples as a tingling sensation that surges through the muscles. It releases tension and unties knots, bringing back one’s initial limberness. In all likelihood, users feel a deep relaxation as the Indica high persists.

After about an hour or two, the blanket of relaxation becomes a comfortable weight on the limbs. It leaves the users feeling droopy as a heaviness settles in the lids. In all likelihood, users will flop on the bed or fall fast asleep on the couch.

Overall, the Sativa-dominant strain is best used in the afternoon or early evening when one is settled at home. Although it has a stimulating head high, its bodily effects are heavy-hitting. Users will likely end up falling asleep if it is used during the day which is counterproductive.

Red eyes are a common sight while smoking marijuana. At times, it is accompanied by a cottonmouth as cannabinoids begin to interfere with saliva production and the body’s natural ability to retain moisture. Both are mild, barely noticeable, and last only for a few hours. However, if symptoms persist, users should stay hydrated throughout the day to lessen the irritation. 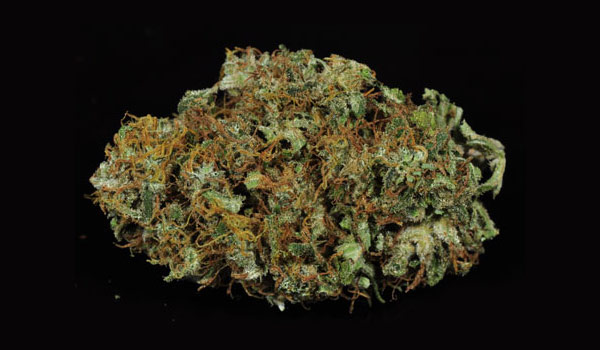 Although rare, it is possible to feel a little disoriented or dizzy while using Heavy Duty Fruity. A subtle feeling of paranoia is in the cards as well, depending on the dosage. Most of the time, however, the reaction is limited to a headache. Still, users should exercise caution while smoking.

Stress relief is a commonly cited reason for using marijuana. To this end, Heavy Duty Fruity is effective. It delivers a happy high that calms turbulent emotions and slows down fast-paced worries that incite anxiety. As such, apart from being an impressive stress reliever, it is also a great anti-depressant that manages symptoms of depression, PTSD, and anxiety.

Apart from calming the mind, Heavy Duty Fruity also delivers a tranquilizing body high. It relaxes the muscles from contracting uncontrollably. As a result, it takes away a variety of aches and pains beginning from the temples. It soothes the gastrointestinal tract and, in doing so, prevents users from vomiting. For this reason, cancer patients dealing with the nauseating effects of chemotherapy can also take advantage of the strain. 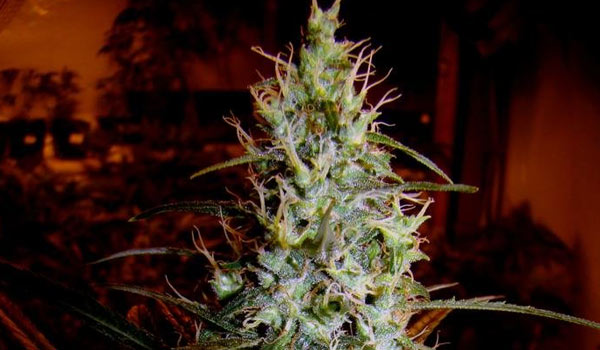 Drowsiness gradually sets in as the deep relaxation persists. Users doze off on the couch or the bed eventually and wake up feeling refreshed the next day as Heavy Duty Fruity’s sedating properties enhance the quality and quantity of sleep.

Heavy Duty Fruity has a sturdy structure that is complemented by thick branches and stalks. Because of this, it is a great beginner’s strain that any Sativa enthusiast can grow with ease. Not to mention, it is high-yielding which adds to its overall appeal.

Because of the high levels of terpenes it produces, growers should ensure that there is proper ventilation when it is cultivated indoors. This will not only aerate out the pungent scent in the grow room but also encourage proper air circulation. Pruning also helps airflow and improve light distribution in the lower nodes. At the same time, removing broad fan leaves and branches will direct nutrients to healthier budding sites for better bud production.

Flowers are usually ready by 8th or 9th week of flowering. However, growers can choose to extend the blooming phase by a week more to further improved yields. Regardless, it should produce an average of 400 to 600 grams of buds per square meter.

In the northern hemisphere, growers can expect Heavy Duty Fruity to flower from the middle of October up until the last week. Once ready for harvest, it produces at least 600 grams of buds per plant. While it rarely needs support, having a temporary enclosing readily available will keep it safe against harsh weather like snow during an early winter.

Have you grown or used the Heavy Duty Fruity strain? If not, would you like to get your hands on this strain? Please leave a comment to let us know what you think. We want to hear from you.