Hashberry is one of the most popular strains of all time. In fact, it earned a spot in the ‘2006 High Times Top 10’ due to popular vote. For good reason, too. It delivers a euphoric head high and soothing body buzz that relaxes users thoroughly beginning from the temples with its THC levels of 15% to 18%. Although relatively mellow compared to the highly potent strains of the market, it was a great range for everyday use.

According to urban legend, the breeder ran into a middle-aged hippie during the flower power movement who gave the group a bag of seeds and weed. After taking a hit and soaring high, the group decided to use the mystery parent as a genetic mother and crossed it with North Indian Indica which added to its impressive growth profile. The cross resulted in a strain that was covered in shimmering resin that yielded high and flowered early.

Though its recreational high is buzzed about dearly, Hashberry also has other impressive qualities such as its delicious terpene profile and the medicinal comfort it offered to patients. It tantalizes the senses with its berry overtones and subtle notes of wet soil. Meanwhile, its therapeutic benefits aid users suffering from a myriad of afflictions by managing a wide array of symptoms.

Hashberry has strong berry overtones that tantalize the senses. Enhancing it are cool notes of mint and spicy pepper. Broken apart or combusted, it releases a blend of freshly picked fruit with undertones of wet soil. On the exhale, however, it can be quite harsh with its sharp hints of hash.

Hashberry is a versatile strain that caters to beginners and experienced users. Its slow onset does not overwhelm the mind with a head-slamming buzz. However, one can slowly increase dosage to intensify its head-to-toe high further. 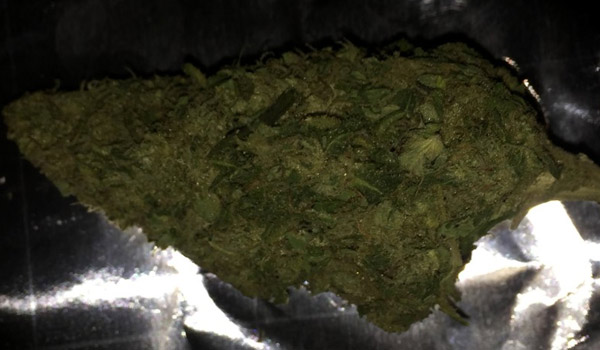 During the onset, it delivers a rush of euphoria that clears the mind of its cobwebs. It brings back happy memories and uplifts the spirits. At the same time, it quiets down unwanted thoughts and sharpens the senses. It enhances focus, and the improved concentration contributes to added productivity throughout the day.

After about an hour or two, a soothing sensation ebbs down from the temples. It surges through the muscles, untying knots and releasing tension. Although heavy-hitting, it complements the intense head high at the initial onset. Users, with a renewed motivation, work on projects or complete tasks while deeply relaxing the body.

Overall, Hashberry is a great strain to use mid-morning, late afternoon or early evening. It has a subtle wake-and-bake quality that tapers down to deep relaxation and, eventually, drowsiness. Depending on the dosage, however, it can lock users to the couch.

Cannabinoids always interfere with the body’s natural ability to retain and produce moisture. As such, users often end up feeling dry especially in the eyes and the mouth. The effects are mild and temporary most of the time. But, if symptoms persist, downing a few glasses of water can help get rid of the parchedness. 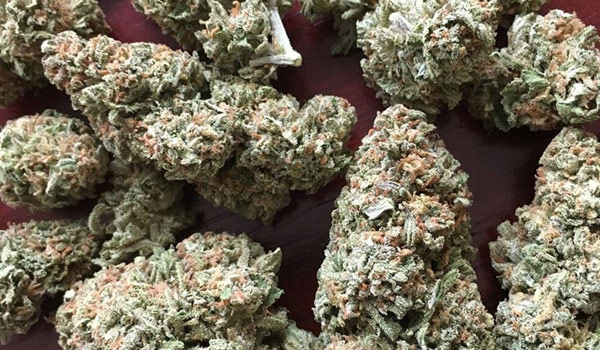 Greening out is another possible reaction to smoking Hashberry. It is characterized by a keen awareness that triggers anxiety while disorienting users with dizziness. At its worst, it can lead to a subtle feeling of paranoia. Apart from one’s disposition before the high, another contributing factor is the amount of buds consumed. As such, users should use the strain with caution.

Hashberry’s average THC content deliver more than just a recreational high. However, it has significant therapeutic benefits. Its head-to-toe effects are a source of comfort to patients dealing with a variety of mental and physical afflictions.

Its happy high, for example, has an uplifting effect on the mood. It reduces stress with its soothing euphoria while calming the mind of its fast-paced thoughts. At the same time, it manages symptoms of mental health issues like depression, anxiety, and PTSD. 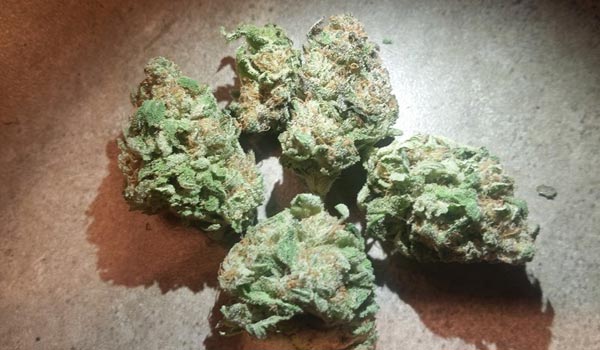 The same psychoactive compound also has analgesic effects. It soothes the body thoroughly and relieves pain beginning from the temples. Its tranquilizing properties undo tension in the muscles, resulting in a quick dissipation of aches.

In all likelihood, the deep relaxation eventually makes the eyes droop. It leaves users feeling heavy with drowsiness as its sedating properties begin to take effect. Hashberry enhances not only the quality of sleep but also the quantity.

Hashberry is a sturdy strain with a natural resistance to a variety of unpredictable growing factors such as heat. Moreover, it is a high-yielding cash crop that is easy to grow. Its buds are stunning too, dense and delicious.

Pruning is necessary when growing Hashberry indoors. Its compact structure, along with the lack of open space, can create problems regarding airflow and humidity. By removing broad fan leaves and branches, it improves light and air circulation. Not only that, it distributes nutrients to healthier budding sites.

It is an excellent candidate for the Screen of Green method. It has a relatively short and compact structure that growers can take advantage of to maximize small space. At the end of an 8 to 10-week flowering period, growers can expect between 450 to 550 grams of buds per square meter.

Outdoors, the yields double. It yields 850 to 1,000 grams of buds per plant. Because of its sturdy stalks and branches, as well as its natural propensity for a cool, semi-humid climate, it flowers early in the northern hemisphere. As such, flowers usually bloom around the second to fourth week of October.

Have you grown or used the Hashberry strain? If not, would you like to get your hands on this strain? Please leave a comment to let us know what you think. We want to hear from you.