NYC Diesel is a great standalone strain. It is a Sativa-leaning strain with landrace roots that blend into an impressive head-to-toe high that has won multiple awards since its introduction. Its cerebrally stimulating effects boost social confidence too. If anything, the one problem that enthusiasts have with it is its long flowering period and stretch.

To this end, Kiwiseeds and Dampkring Classics decided to improve it by crossing it with Milky Way. The fantastic Indica-dominant hybrid is a fast-flowerer that embodies a heavy-hitting, full-bodied high. Not to mention, it has a thick coat of trichomes that fill the room with its delicious terpene profile.

Resulting from the cross is Cloud 9, a strain that leans toward Indica but with the qualities of a Sativa. It has a buildable high, from its THC of 12% to 19%, that can be used as a brainstorming companion in the morning or as a recreational treat for an end-of-the-day with friends. It also bears medical purposes as well — of course, considering that the strain is consumed in the right amount.

Growing the strain is also quite easy. The influence of its Milky Way parent strengthened its frame while retaining the high yields of its NYC Diesel parent. Its great blend took home the 3rd Place in Bio Seed Strain at the High Life Cannabis Cup in 2008.

Cloud 9 has a pleasant terpene profile that welcomes the senses with its flowery scent similar to that of an air freshener. When consumed, it entices the palate with the refreshing taste of pines and freshly unearthed wood. Its smooth smoke leaves a floral undertone of roses.

It only takes a few hits of Cloud 9 before a euphoric bliss washes over one’s previous disposition, inducing a happy cerebral high. It leaves a pleasant impression, especially when the dosage is paced. Going beyond THC tolerance levels can lead to an overwhelming experience that plays a few tricks in the mind. Hence, it is essential that users stay within limits.

The mental clarity sharpens the senses and creates free space for thoughts to flow. A surge in creativity arises, peaking productivity as ideas enhance users’ motivation to complete tasks. For others, it can be an influx of happy memories that leave one smiling from ear to ear. It is best consumed in the company of others because it also boosts sociability. If anything, it is likely that similar-minded friends will end up talking for hours. 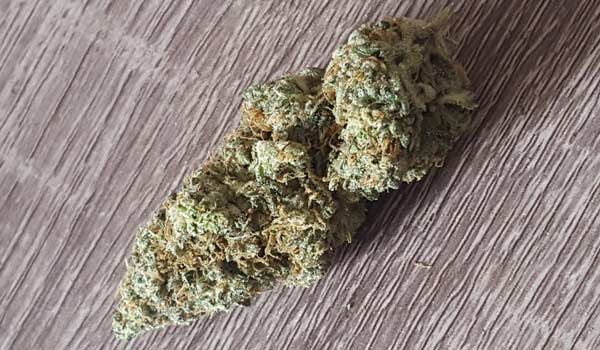 That is, of course, until another effect of Cloud 9 takes over. A wave of relaxation weighs the body down with a subtle tingling buzz that begins from the eyes then trickles down from the temples. It soothes the muscles and releases tension, bringing back one’s initial limberness.

At the comedown, Cloud 9 plants a heaviness in the limbs that tranquilizes both the mind and body. Because of this, the Indica-leaning strain is best used late in the afternoon when one is at home after a long day at work.

The first signs of cannabis use are red eyes and a hoarse voice caused by fluid inhibition. Both side effects are typical and should not be a cause of panic as it usually goes away on its own. If symptoms persist, users may down a few glasses of water to manage the dryness.

Headaches, dizziness, and a subtle feeling of paranoia are possible while smoking Cloud 9. It can last for a few hours but may extend to the next day when going beyond one’s tolerance to THC. In such cases, users should take it easy and start with low dosages.

Cloud 9 enhances the mood, makes tasks seem easier, and lessens stress as its uplifting high continues to persist. In effect, it also keeps depression at bay along with other mental health issues. Its psychoactive compounds, for instance, not only reduce the overwhelming dread that anxiety brings but also drives away feelings of hopelessness. 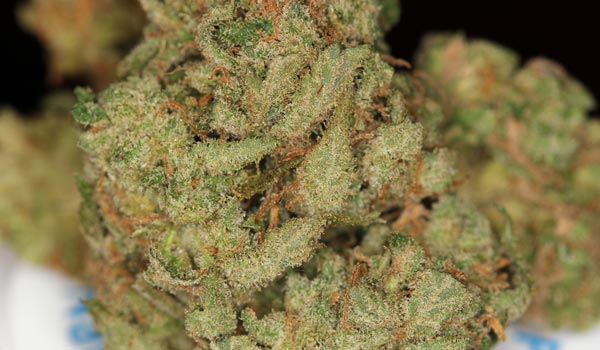 Its THC content also has significant therapeutic effects on the body as well. It delivers a soothing physical high that oozes from the temples, relaxing the muscles while reducing cramps or spasms that cause either cause pain. In the gastrointestinal tract, it relieves contractions that cause turbulence in the stomach that leads to vomiting. Because of this, it is a source of great comfort to cancer patients experiencing the nauseating effects of chemotherapy.

For some, insomnia is the hardest thing to battle at the end of the day. Cloud 9 lives up to its name by delivering a head-to-toe tranquilizing high. Users gradually feel drowsy and flop on the bed in deep relaxation.

Cloud 9’s claim to fame is its generosity with regard to buds. It delivers high yields that are thickly coated in trichomes that sparkle when shined upon. It produces fluffy-looking buds that taper on each end but with a dense middle in spite of its Indica-leaning genes. 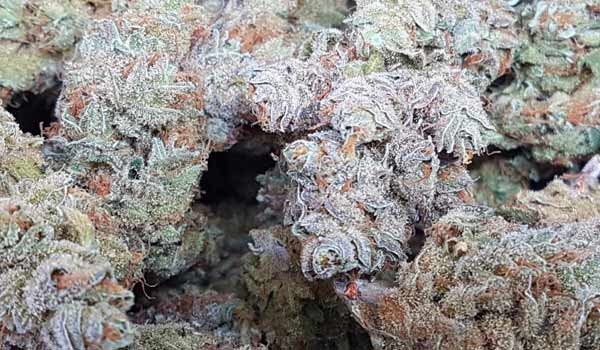 Although its buds look like that of Sativas, its structure showcases the typical growing profile of an Indica. It is short with a sturdy stalk as well as branches that do not break at the weight of its heavy buds or winds. Instead, it sways or dances to the light breeze further strengthening it. Moreover, it has a natural propensity for a cool climate which makes it a great candidate for outdoor growing in the northern hemisphere. After flowering from the middle to the last week of October, it produces at least 500 grams of buds per plant.

As alluded to earlier, it does not need much vertical space. It can be grown in small spaces and maximized through the Sea of Green method. Another way to improve yields is by choosing a hydroponics medium. It delivers nutrients directly to the roots, encouraging roots to grow out and developing more budding sites. Soil, however, improves flavors. After 8 to 10 weeks of growing, Cloud 9 produces between 400 to 500 grams of buds per square meter of growing area.

Have you grown or used the Cloud 9 strain? If not, would you like to get your hands on this strain? Please leave a comment to let us know what you think. We want to hear from you.