Chupacabras are legendary creatures that is said to inhibit the Americas. It has a chilling background, one that involves a trail of bodies that are left lifeless and without blood. Of course, the goat-like animal exists only in folklore. However, it left an impact in the imaginations of many people in various industries – including that of cannabis.

Its name stems from its parent Golden Goat, a Sativa-leaning strain that sharpened the senses and cleared the mind. It has a tropical scent with a spicy aftertaste. Colorado Seeds enhanced it by crossing its own Indica-leaning Gupta Kush, a strain named after the medical marijuana advocate Sanjay Gupta. The doctor had worked to advance the use of cannabis in treatment and recovery. Not to mention, it is highly potent and sturdy.

Chupacabra exhibits both qualities of its parents. It has an uplifting yet cerebrally stimulating head high but the heavy-hitting qualities of an Indica. The result is a keen awareness and burst in creativity that motivates one to complete tasks before ending in sweet slumber. Of course, it is also of therapeutic value to the cannabis community.

Chupacabra has a pungent scent that is immediately detectable once a bag of its buds are opened. It has a tropical aroma, enticing the senses with a blend of berries and lemon. Broken apart and combusted, it releases a dark kush undertone. Its smooth smoke has a tinge of skunk that intensifies when it coats the palate. On the exhale, its different flavors mix into an sweet, spicy, and sour aftertaste.

Chupacabra is easily one of the most versatile strains in the market today. Its THC levels range from 15% to 26% and, when used beyond limit, can deliver a devastating blow that leaves users locked to the couch. In moderation, however, it induces a pleasant high that lasts for hours and turns the day around.

Its onset is largely cerebral, denoted by a rush of euphoria that cleanses the mind of negativity and worry. Replacing it is an uplifting head buzz that not only enhances the mood but also create free space for thoughts to flourish. In all likelihood, it will inspire a burst in creativity and a heightened sense of focus that motivates users to work on tasks without distractions. 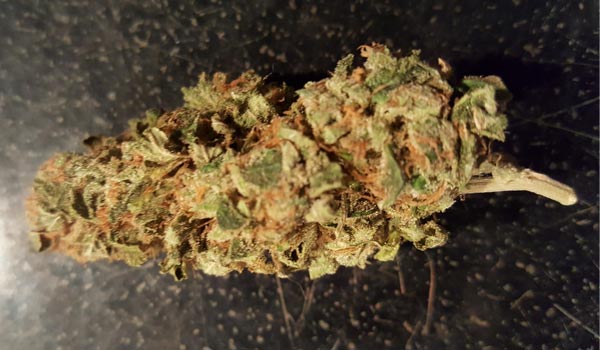 After about an hour or two, a light pressure oozes down from the temples. It is a soothing sensation that first invigorates the body so users can move around freely like a well-oiled machine. As it intensifies, it blankets users with a deep relaxation that calms the muscles.

Without a doubt, Chupacubra is best used in the morning or early afternoon. It has a great wake-and-bake high that accompanies users throughout the work day. And, as it nears the comedown, users are thoroughly eased into tranquility.

Dryness in the eyes and the mouth are two common side effects resulting from marijuana use. After all, cannabinoids do interfere with the body’s natural ability to produce moisture. Neither are a cause for concern as each go away after a few hours. If symptoms persist, users can manage the dry spell by staying hydrated throughout the day. 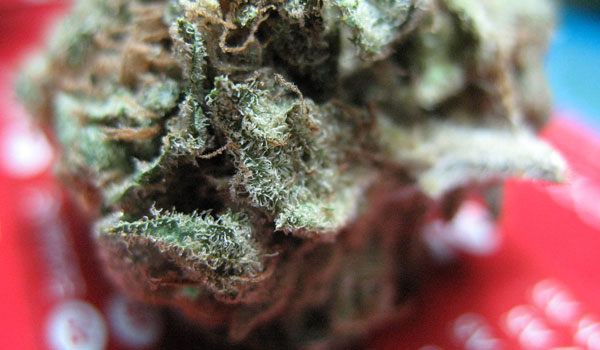 The keen awareness Chupacabra induces can also lead raise levels of anxiety or a temporary headache. Because of this, users should be wary about consuming beyond limits.

In inducing its happy high, Chupacabra significantly improves moods and stabilizes turbulent emotions. It temporarily slows down fast-paced thoughts while instilling a sense of happiness from within. In doing so, it not only reduces stress but also manages symptoms of depression, anxiety, and other mental health issues like PTSD.

The same psychoactive compound also turns into a natural painkiller when in high levels. Thus, Chupacabra has a soothing effect on the body that releases tension and tightness so the body is more limber. At the same time, it prevents it from causing painful contractions, spasms, and cramps. Its ability to relax the muscles in the stomach is of great help to cancer patients dealing with the nauseating side effects of chemotherapy. 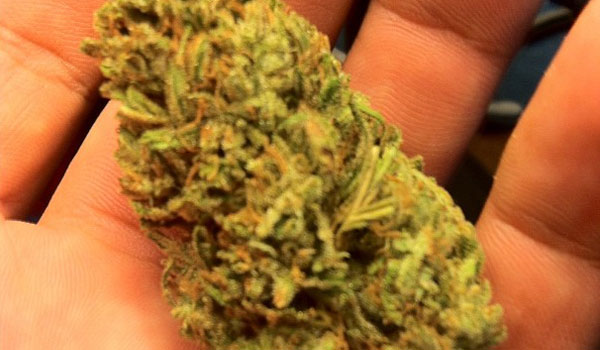 The deeply relaxing effects, coupled with its ability to calm the mind, make Chupacabra a great sleeping aid. It lulls users into a deep, unencumbered slumber. And, with its sedating properties, enhance the quality and quality of sleep so one wakes up feeling energized.

Chupacabra exhibits the qualities of a real hybrid. It is relatively tall with a frame that is quite sturdy. In fact, it can withstand a variety of unpredictable growing conditions like sudden gusts of wind and changes in weather. Hence, it is a great plant to grow outdoors.

Indoors, it may need to be topped early and pruned often. Its height can cramp the space while its dense foliage can sometimes harbor moisture that eventually lead to the development of mold or mildew. If left unattended, it can stunt the plant’s growth. Installing a sufficient ventilation system will lower high humidity levels and ensuring that the plants are well-aerated. Meanwhile, training it using the Screen of Green method will distribute light evenly and encourage high growth. It blossoms after 8 to 10 weeks and, once mature, it produces between 400 to 450 grams of buds per square meter.

A hydroponics setup significantly improves yields since it delivers nutrients directly to the roots. However, soil will bring out its delicious flavors and improve its terpene profile. Because of this, many growers choose to cultivate it in the growing medium as well as in gardens or farms. Around the second to the last week of October when it is cultivated in the northern hemisphere, it yields at least 450 grams of buds per plant.

Have you grown or used the Chupacabra strain? If not, would you like to get your hands on this strain? Please leave a comment to let us know what you think. We want to hear from you.