Blue Zombie is a strain with a mysterious background. Some say it is an offspring Blue Dream, but that is yet to be proven. However, its hype is not around its parentage but rather its effects.

It has a legendary Indica buzz that frees the mind from worries and releases the body from tension. Planting itself in the limbs is a soothing euphoria with a subtle heaviness that intensifies as the effects persist. Sometimes, users become tranced by its captivating effects, gaining the title inspired by undead mythical creatures with the same behavior. But, at the comedown, it cradles one to sleep.

Apart from its enchanting recreational effects, the medical relief it brings is also beyond measure. It numbs out pain by taming sudden muscle movements. At the same time, it sets the mood for a relaxing evening or a deep slumber.

Blue Zombie presents a variety of aromas. It ranges from ripe citrus sweet to freshly ground coffee, especially after combusting the buds. In the palate, a blend of other fruits such as grapefruit and blueberry coat the tongue. Its smoke has a sour tinge of skunk and diesel. On the exhale, it leaves a tangy but fruity aftertaste reminiscent of grapes and berries.

Blue Zombie is a potent strain with steady THC levels that average up to 21%. However, it is a creeper whose effects start 15 minutes after the first few puffs. Usually, users begin to notice its onset when an uplifting rush blocks out negativity. 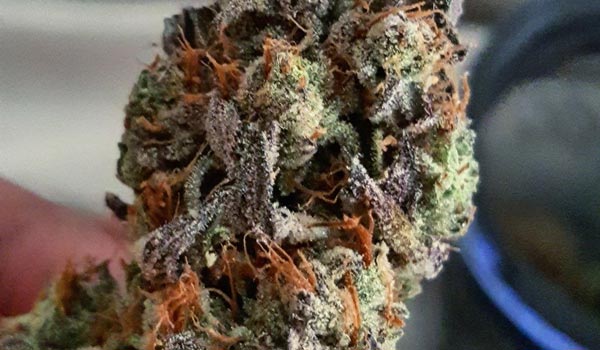 As thoughts dispel, Blue Zombie casts a euphoric high. It induces an inexplicable happiness that plasters a smile on the user’s face. The newfound upbeat disposition is a mixture of contentment and delight. It inspires cheerful conversations and giggles and prepares users for the upcoming Indica high.

Munching on snacks is recommended. Although subtle, the mental stimulation invigorates the appetite. Having food prepared and placing it nearby reduces the challenges of moving around while under the influence of Blue Zombie. After all, it does induce a light pressure that kneads the muscles free of tension.

The substantial relaxation leaves one feeling like a zombie, thus the name of the strain. It weighs the eyelids down as users slip into a peaceful slumber. Using beyond personal tolerance levels will lock the body to the couch while anxious thoughts surge through the mind.

Consuming Blue Zombie excessively triggers anxiety and induces a subtle feeling of paranoia. It leaves users feeling slightly disoriented, especially when the dizziness does not disappear. Moderating use is essential for maximum enjoyment. Dry eyes and a cottonmouth will still be present, however, as both are not directly affected by dosage but by the bud’s moisture-inhibiting cannabinoids. Rehydrating continuously will lessen the discomfort.

Blue Zombie is not only a recreational outlet but also a tremendous source of medical reprieve to patients. Its therapeutic value lies in its cannabinoids. When activated, it delivers a head to toe high that is mainly characterized by stress-crushing tranquility. 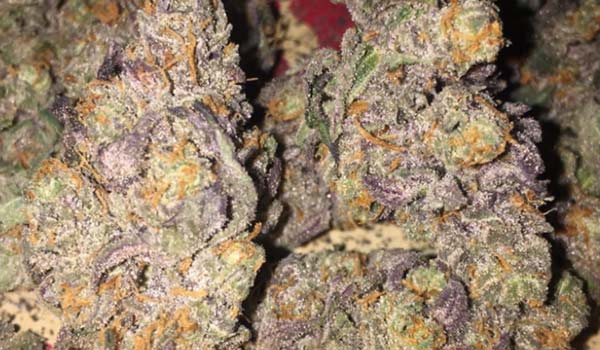 During the onset, for instance, it boosts moods and preoccupies a hopeless mind with cheerful memories that encourage an upbeat disposition. At the same time, it clears away rambles and worries caused by an overwhelming level of stress. As such, it is a source of release for users with chronic stress and anti-depressant relief for long-suffers of mental health issues like depression, anxiety, and PTSD.

The same soothing euphoria also numbs the body for pain relief. It tames the uncomfortable sting of chronic pains, headaches, and muscle cramps, to name a few. It relaxes the muscles and prevents it from contracting. Patients who suffer from muscle spasms, either due to epilepsy or Parkinson’s disease, will find comfort in Blue Zombie.

For many, the liberation from mental and physical burdens turns into a mellow drowsiness. It urges users to give in into the heaviness it planted in the limbs. Like a sleep aid, Blue Zombie lulls enthusiasts to bed for a restful night.

Blue Zombie’s buds have a beautiful swirl of purples tinting its olive green buds. Its fiery orange pistils add personality to its lavender hue while protecting its trichomes.

Outdoors, the plant matures between the last few days of September to the second or third week of October. However, growers can extend the flowering period b 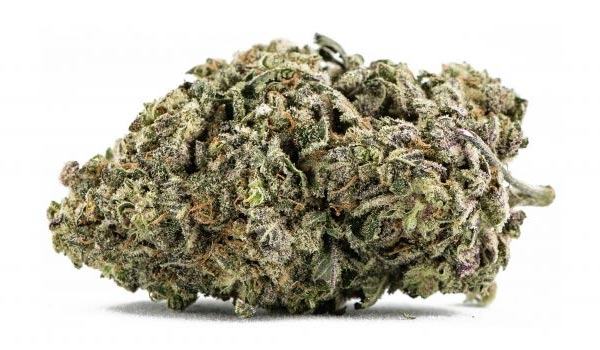 y a week more to increase yields. It is also the season which brings out its best colors. It will need to be protected against an early winter, which brings extreme weather conditions like snow or hale which ultimately destroy the plants. Regardless, growers can harvest at least 350 grams of buds per plant.

Indoors, growers should ensure the environment is cold, especially when it starts to flower. Control the smell is also necessary. Adequate ventilation guarantees the scent escapes while also improving air circulation to the lower nodes. In as short as 7 to 9 weeks of flowering, a single square meter produces up to 350 grams of buds. Lowering temperatures will bring out its vivid colors. The colder it is, the more vibrant the pigments appear.

Overall, Blue Zombie is amicable to all types of growers. It is a forgiving strain which tolerates higher doses of fertilizers than Sativas. Each plant also stays at a controllable height and does not exceed more than a meter tall most of the times. It helps hide the plants from prying eyes, indoors or outdoors. For higher yields, aspiring breeders may train the plant using the Sea of Green which requires at least four seeds cultivated in a single square meter. It not only encourages bud production, but it also hastens the flowering period.

Have you grown or used the Blue Zombie strain? If not, would you like to get your hands on this strain? Please leave a comment to let us know what you think. We want to hear from you.