Blue Thai proves that nothing but good things happen when breeders’ cross heavyweight strains. It has a blueberry-flavored smoke that adds a subtle sweetness in edibles. Not only that, the deliciously laid-back hybrid delivers a balanced high pairing a mental invigoration with subdued relaxation.

The top-shelf strain traces its roots back to the Indica-leaning Blueberry, whose sweet, fruity aroma and relaxing effects turned it into a cannabis iconoclast for more than a decade. It was later paired with the energizing Thai Skunk to add a cerebral euphoria to an otherwise heavy-hitting high.

This flawless cross expresses a strong, fresh aroma, with ample notes of skunk and blueberry with a rich creaminess. While it may be tempting to use continuously, it is crucial to stay within limits as its THC of up to 20% can be quite overwhelming. Beginners may still enjoy the potent buzz with the help of a seasoned friend with a penchant for powerfully tasty treats.

Even before the fragrant buds are combusted, it delights the senses with the smell of blueberries. A subtle sweetness is soon followed by a soft, roasted undertone that captures the essence of upturned earth. Danker notes of skunk, which linger underneath, take center stage when Blue Thai’s smoke is inhaled. On the exhale, it leaves a woody aftertaste reminiscent of pine.

Upon ingesting or smoking this herb, daytime users notice a quickly apparent cerebral uplift that dawns as a sense of happiness. Along with it is a gush of energy that surges through the muscles, inspiring users to power through errands. At the same, a euphoric buzz creates free space in the mind where ideas can flutter freely. Despite creating unconventional thought patterns, it leaves users feeling upbeat as it piques interest. 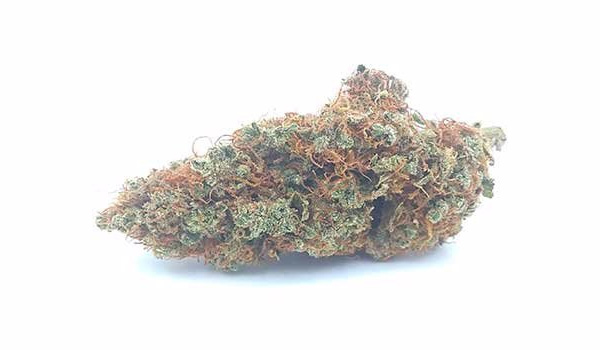 After about an hour or two,  a tingling sensation trickles down from the temples. It replaces the initial burst of energy while gradually progressing throughout the body. Rather than a sudden heaviness, however, it is a mellow buzz that adds stamina for users to complete chores and personal projects.

Its ability to facilitate deep breathing dissolves tension in the limbs, simultaneously evaporating short-term stressors. Moreover, its pleasant descent does not knead the muscles into a sludge. It merely maintains a functional head to body high.

A mild case of cottonmouth, as well as dry eyes, is typical when smoking this strain. It can be irritating as both last for hours. Staying hydrated by downing refreshments like water will help soothe the amassing drought. 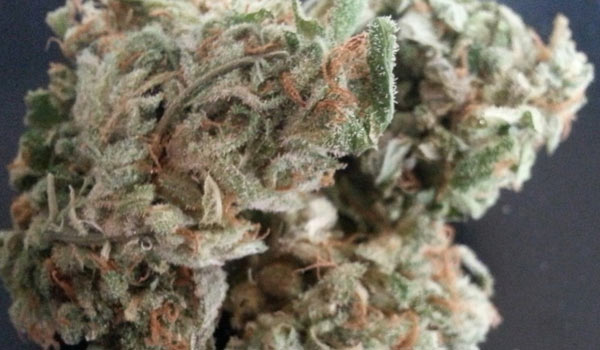 Although rare, users can still experience dizziness, paranoia, and anxiety while smoking Blue Thai. It usually the result of going beyond limitations or having a low tolerance to the bud’s potent effects. However, it can also be affected by one’s disposition before the session. As such, users will need to take it slow to maximize the strain’s full potential as well as avoid any untoward occurrences.

Blue Thai’s mind and body delight contain significant therapeutic benefits for medical users. Hence, it is a well-loved strain queued by patients for its ability to induce a brief escape against the symptoms of multiple ailments. Its mood-boosting qualities effectively clear the mind and encourage a happier state of mine. As such, it is an excellent source of comfort to long-sufferers of depression, anxiety, and PTSD.

The brighter outlook is a healing experience in itself. Not only does the soothing euphoria calm the mind, but it also busts out stress. Consumers who suffer from social anxiety could benefit from this cheerful strain as it helps conversations flow a little more freely. Because of its laidback quality, the risk of clouding the mind is mostly reduced. 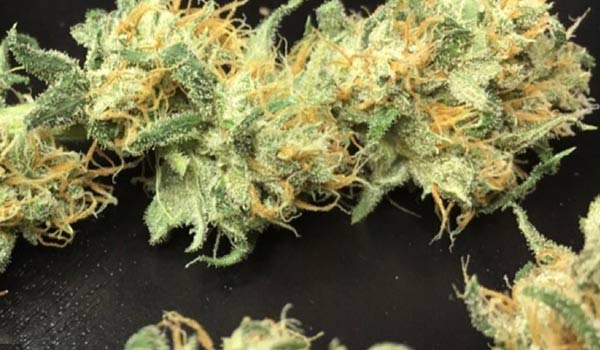 With that said, the cerebrally invigorating effects also translate to the body. It is a boost in energy that removes tension its muscle-relaxing properties. For this reason, it dramatically eases the aches and pains that come from chronic fatigue.

The physical and mental tranquility is a crucial element in gently cradling users into a state of drowsiness. Eventually, the eyes droop then close as the soothing sensation continue to intensify. For this reason, Blue Thai is an excellent sedative.

Blue Thai is a moderately sized plant is relatively easy to grow. It is not too tall which means it can fit typical growing tents. However, it will need support as its structure tends to be lanky. To this end, growers may add stakes for its stem to keep it from sagging especially during the flowering period when its buds begin to weigh down its branches. 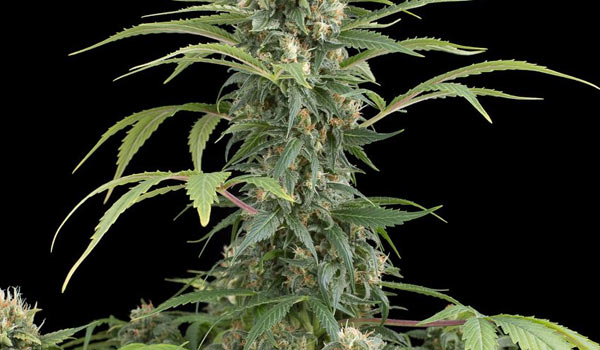 During the vegetative stage, it develops many branches with thick foliage as it expands outward. The spacing between the nodes are generous, and that is conducive to air circulation and light penetration. Still, it requires trimming and pruning regularly.

It takes 7 to 9 weeks for the flowers to develop fully, which is relatively quick for a strain that leans more on its Sativa properties. If cultivated under the Sea of Green and room temp was maintained between 21 to 27°C, it could yield up to 600 grams of buds per square meter.

As it begins to mature, it develops large colas that house medium to large lime green buds – dense and glimmering with thick coats of crystal trichomes. It fills the air with a pungent herbal aroma and thus might necessitate the use of an odor filter.

It performs best when grown in outdoors in an area with plenty of sunshine and where it is allowed to stretch towards the sky. Harvest occurs towards the third week of October in the northern hemisphere with a yield of up to 700 to 800 grams of buds per plant.

Have you grown or used the Blue Thai strain? If not, would you like to get your hands on this strain? Please leave a comment to let us know what you think. We want to hear from you.