Blue Moon Rocks delivers a crushing blow of euphoria straight to the head, before gradually sinking down to relax the entire body. Sweet, fruity flavors fuse with earthy notes in the palate as enticing as the bud’s thick coat of frosty resin. Although novice consumers may find themselves glued to the couch, but the strain’s potency hits just the right spot for veterans.

Established staple hybrids Blue Moon and BOG Bubble unite to create this tasty flower with a clearheaded yet relaxed high. The former leaves a mark of colors to the flowers, letting the spring green sit against flecks of blue and purple. Cloudy trichomes from the latter parent cover the colorful leaves, adding bold flavors to match the visual appeal.

The merging of head and body high is stimulating, keeping users extremely relaxed yet able to bend the experience fit for their surroundings.

Blue Moon Rocks is a sweet bud edged by a little bit of spunk. Although its terpene profile remains complex, it remains to be a fruity delight that leaves a delicate first impression as its tarty smoke freshness greets the senses, like the aroma of a jam of berries. However, before it gets too sickly saccharine, a skunky odor rounds out the taste. Balancing a tantalizing aroma with its pungency, expect its flavor profile to be a toothsome experience.

Users who want to enjoy a hellish good time should turn to taking a puff out of Blue Moon Rocks. The dreamy bud offers more than just good looks and flavor to the table but also its impressive potency. 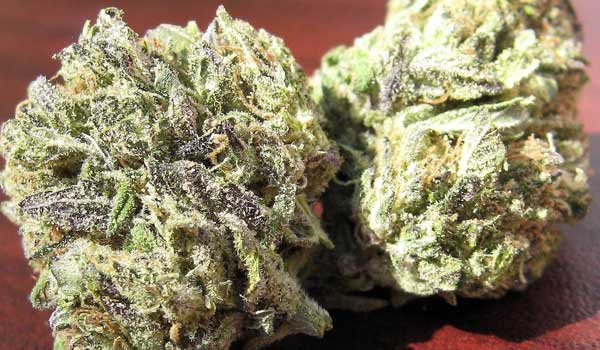 The high begins with a cerebral rush that is largely marked by a calming euphoria. It leaves users feeling happy as it improves moods by boosting moods. Often, too, the enriching sense of mental uplift leaves users feeling giggly and smiling from ear to ear. This makes it possible to use during laidback afternoons.

As it builds up, the body falls into an ultra-relaxed state wherein users feel hazy and eminently calm. Such numbing sensations make the body seem limber, and its lack of overpowering lethargy make it possible to enjoy some pre-slumber activities.

Despite its Sativa-like high, Blue Moon Rocks is still best used at night. Eyelids get heavier with each passing moment until the calm state slips users into the gates of dreamlands with relative ease.

Consumers who want to keep it mellow and enjoyable should avoid overconsumption because it Blue Moon Rocks can prompt distressing offshoots like dizziness, paranoia, and mild anxiety. Other irritating factors are the typical cottonmouth and dry eyes which are easier to overlook due to its mildness. Still, for users experiencing discomfort, downing a few glasses of water can immensely satiate the dehydration.

Blue Moon Rocks is a great strain to take the edge off the day. Medical cannabis users are particularly fond of its holistic effects which relax both the mind and body in preparation for a restful night of sleep as the high declines. 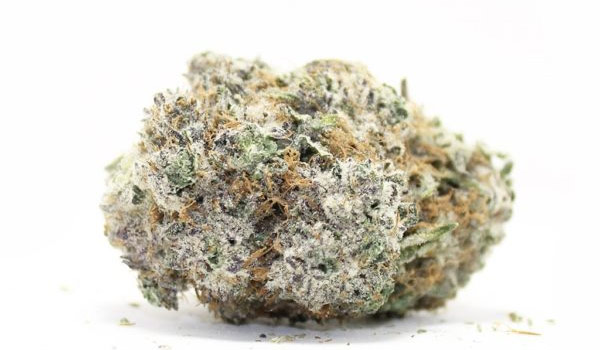 Energetic and aware to start, the mood is noticeably elevated as waves of euphoria keep the mind from drowning in negative thoughts and stress. Subtle strokes of motivation also aid the scatterbrained a chance to hone in on single tasks, thus, achieving relaxed productivity in no time. A natural stimulant, those with depression will undoubtedly feel driven and calm.

However, its effects shine through its analgesic properties. Sensibly soothing, tensions from the muscles are simply reduced or diminished to a certain degree. As such, patients struggling with muscle spasms, arthritis and migraines find momentary reprieve through this strain.

Meanwhile, the relaxed body and mind makes way for sleep to come effortlessly especially as its heavy sedation starts coming through. Once in a blue moon, or at least with the help of Blue Moon Rocks, even patients with insomnia find it easier to fall into an undisturbed slumber.

Blue Moon Rocks is a relatively easy plant to grow, one that even beginners can try to dabble with and still expect impressive results. Physically, it is compact and boasts of dense nugs at maturity. Each is coated with a thick layer of crystal-like resin, one that shines bright with potency. 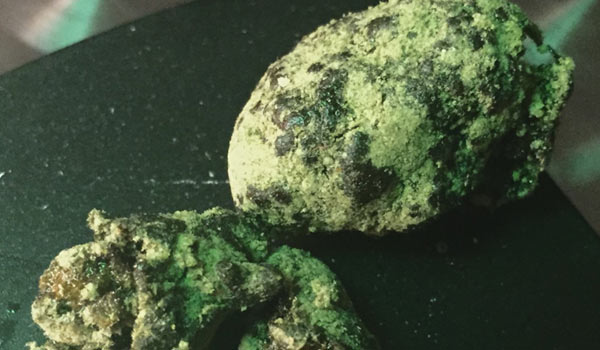 Not to mention, there is not much need for worries as the plants are rather forgiving against humidity. Meanwhile, its pungent terpenoids swats off potential critters. Still, growers are encouraged to regularly prune the plants and trim away any decaying parts. This will not only increase circulation of light and air to the lower nodes, it also improves nutrient distribution.

Indoors, growers may want to employ a Sea of Green method to boost yields and hasten the flowering period. To help it produce a massive turnout, let it sit under a 600 to 1000 watts HPS lighting set-up.

Choosing between different type of mediums is also possible. Soil, for example, will enrich its flavors. However, for vigorous production and higher yields, a hydroponics setup is highly recommended. Regardless, the plant should be ready for harvest within 8 to 9 weeks. On that note, 400 to 450 grams of fresh buds per square meter can be expected.

Taking after its dynamic lineages’ hardiness, this plant can be resilient outdoors in almost any condition. Although, it will need to be protected from the frost as it can kill off a whole batch of Blue Moon Rocks. Still, growers from the colder areas in the northern hemisphere can expect a reasonably hearty harvest as each plant produces an average of 550 grams of buds by the second or third week of October.

Have you grown or used the Blue Moon Rocks strain? If not, would you like to get your hands on this strain? Please leave a comment to let us know what you think. We want to hear from you.