Ideal for getting the mellow on, Blue Kiss readily offers an oasis from the stress of one’s life. The moment its tasty smoke kisses one’s lips, a smile forms as a poignant dose of mental euphoria significantly boosts the mood of low-spirited consumers. The senses are delighted by the herb’s distinctly fruity smell too.

Its roots highlight the sense of tranquility which it brings as influenced by Blueberry’s tranquilizing high. Being the best Indica of the 2000 High Times Cannabis Cup is proof of its excellence – both in its flawless physical effects as well as exotic palate.

Still, there is always room for improvement. By matching it up with Mistress OG, the heavy-limbed hybrid gives depth to the body-centric high and encapsulates relaxation to the hilt. Hints of cerebral activity are still present on the onset to serve as an instant mood-lift before the physical high takes over.

Like a basket of freshly-picked wild berries, the senses come to life with Blue Kiss’ refreshing tart scent. Drawn in, hints of creamy vanilla give it a sweeter touch as it swirls in the palate. But, exhaling the smoke leaves behind a woody flavor that complements the dessert-like flavor profile.

Blue Kiss evokes the thoughts beginning with its delightful fragrance and taste. Behind it though, lurks a potentially devastating psychoactive trait hence the importance of consuming the strain moderately. 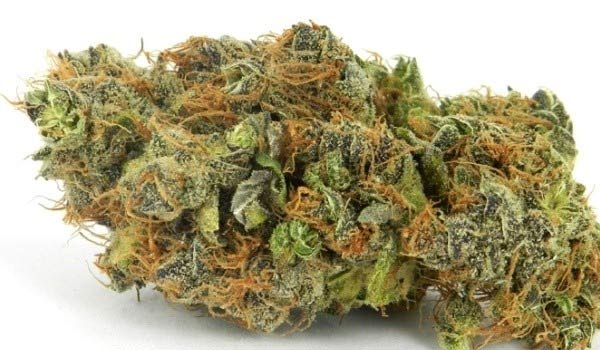 When used in moderation, the initial head rush quickly clears the mind and brings on a euphoric feeling. It motivates users too, as thoughts flow and form freely as creativity levels surge. The piqued curiosity, along with a heightened focus, concentrating on tasks for long periods of time or until it is finished. While some prefer to work on projects, others may also brainstorm with friends or like-minded colleagues as the strain does boost confidence. Although, it can be a little bit chatty.

The journey to cloud nine does not end there as waves of physically relaxing sensations drifts into the body. These soothing effects do not merely complement the mental high, though. Its intensity does not weight the limbs down but, instead, allows one to continue being productive throughout the day.

Blue Kiss can be too intense for people who have a low tolerance for THC or overconsumption. While the cerebral high is mostly clarity and heightened senses, the mind becomes hazy once the effects become overwhelming. It could also prove impossible to leave the couch.

Blue Kiss, despite its delicate name, has a devastating potency. If consumed beyond one’s limit, some adverse effects other than the typical cottonmouth or dry eyes, become evident. For example, some people might feel anxious or paranoid. Most of the time, however, the reactions are confined to a temporary dizziness. Still, users must exercise caution.

Blue Kiss eliminates symptoms of various ailments and deliver immediate relief to its lucky patients. Through its robust cannabinoid components, the overall quality of life that is often burdened by medical conditions are significantly, albeit temporarily, improved. 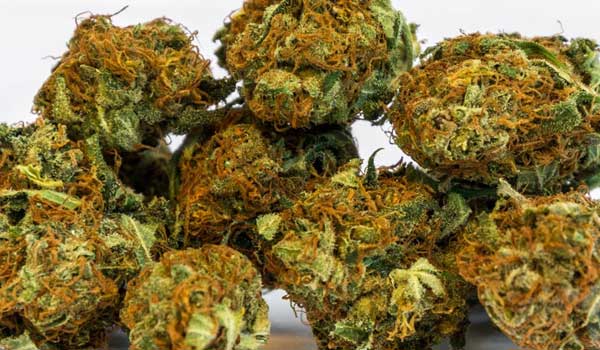 Its mood-elevating qualities bathe users with an enriching positivity, especially long-sufferers of psychological troubles like depression, PTSD and anxiety. The happy high also stabilizes turbulent emotions and, in casting away from self-depreciating or hopeless thoughts, allows one to bask in a more peaceful frame of mind. This is also precisely why the strain works well with

Similarly, the psychoactive compound’s stimulating effects extend to the stomach. Thus, one of the best times to actually consume Blue Kiss is a few hours before a meal as it revives one’s lost appetite. Consequently, it is also a source of comfort for patients with cachexia or are dealing with eating disorders like anorexia.

Notably, the herb’s analgesic qualities set a comfortable tone for the rest of the evening as aches from arthritis, migraines, eye pressure and even muscle spasms are kneaded away.

Blue Kiss’ viable height makes it great as an indoor crop. Its thick foliage and compact structure means that pruning and trimming is necessary though, for maintaining airflow and light circulation in the lower nodes. Otherwise, the plant’s growth will be stunted by mold or mildew. On that note, growing this next to the window sill is also made possible. 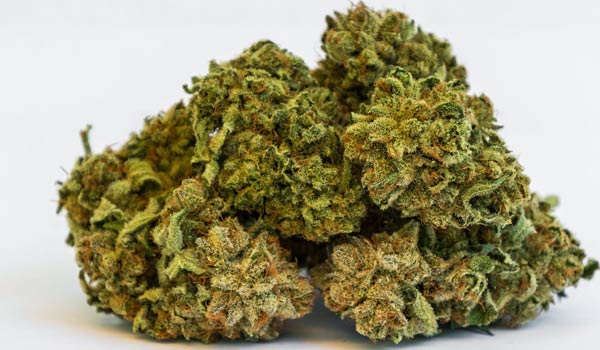 Mediums like soil is good for improving the plant’s flavor, but hydroponics matched with a Sea of Green set-up is best for those who want to maximize its yields as well as hastening its flowering period. Regardless, it can produce a satisfying 550 grams of buds per square meter within just 8 to 9 weeks of flowering.

It tends to grow bigger buds when cultivated in farms or gardens, especially when it can soak up sunlight in a Mediterranean climate where the days are generally longer. However, it may have difficulty faring well in the cold. Thus, growers in the northern hemisphere should invest in a temporary enclosing and ready it for days when the frost hits to keep the plant from dying. An average of 600 grams of buds per plant can be expected around the late September to early October so long as it is kept warm and dry.

Have you grown or used the Blue Kiss Strain? If not, would you like to get your hands on this strain? Please leave a comment to let us know what you think. We want to hear from you.