Arizona Natural Selections develops strains for therapeutic use. Among their best strains is Blackberry Bubble, an 80% Indica strain that induces a tranquilizing head to body high. It manages symptoms of stress such as exhaustion or fatigue while preventing it from exacerbating or hastening the onset of mental health issues like depression and PTSD. Meanwhile, its soothing physical buzz keeps the body limber by relieving it of pain and aches.

To create, the breeders used Sour Bubble for its sweet aroma reminiscent of ripe fruit. It has significant medicinal value because of its painkilling properties. Blackberry Kush, on the other hand, intensified its berry-flavored terpene profile. It added to its offspring’s Indica effects as well as its recreational buzz. It also addressed the former’s sensitive growth profile by studying its frame and hardening its buds.

Overall, Blackberry Bubble is a delicious strain that embodies the wonderful effects of its parents. It is not only therapeutic but also recreational. It clears the mind to allows thoughts to flow easily without jumbling. At the same time, it releases tension from the muscles so users can move around better while completing tasks.

Blackberry Bubble has a pungent berry odor that tantalizes the senses at the first whiff. It has a subtle sweetness too, but it only intensifies after breaking apart or combusting the buds. When consumed, a tangy but saccharine blend of ripe blueberries and blackberries swirls in the mouth. It develops a candy-like taste and, on the exhale, it develops into an aftertaste of bubble gum.

Blackberry Bubble is a slow-starter than packs a lot of hit. As such, users should be wary about accidentally overconsuming its buds as its effects do not start until after 15 minutes the first two or three puffs. Going beyond individual tolerance can lead to an overwhelming couchlock at just the onset.

In moderation, however, the effects are quite pleasant. It introduces itself as a euphoric buzz that slowly brightens faces with a smile. It leaves users feeling happy as it clears the mind of negativity and, instead, induces a with lazy contentment. Because of this, it is a great strain to toke with friends.

One of the best times to use the strain is right before lunch or dinner. The subtle mental stimulation encourages a hearty appetite so users can gorge on a meal heartily. It is best to have some snacks prepared before the creeping body high too. A rumbling stomach can keep one from fully enjoying its renowned Indica effects. With grub nearby, users can easily pick from the stash to satisfy the hunger.

With that said, the full-bodied high usually starts as a light pressure that travels down from the temples. It passes through the muscles to get to the tips of the toes and, once it settles, it kneads away the tightness that hinder gestures. Fully relaxed, users are free to move around like a well-oiled machine.

The freedom from mental and physical inhibition may require a different kind of satiation. Rather than a plate of food, its natural aphrodisiac qualities awaken a carnal urge for flesh against flesh. Users may want to toke the bud with a partner or a lover as the likelihood of arousal is high.

Regardless of the intention, however, Blackberry Bubble can be used at any time of the day. In low doses, users can enjoy it in place of coffee as a pick-me-up that invigorates the mind. Increasing the dosage, on the other hand, can lead to a heavy-hitting comedown that ends in bed – asleep or otherwise.

It is not uncommon for users to experience red eyes and a cottonmouth while smoking Blackberry Bubble. The presence of THC alone leads to an inhibition of moisture production. However, the dry spell only lasts for a few hours and is manageable compared to the fleeting anxiety that one may experience when consuming too much of the strain. Hence, it is essential to start with low dosage then gradually building up to one’s personal tolerance.

Blackberry Bubble is an impressive strain with multiple therapeutic benefits that appease symptoms of both mental and physical health issues. Its uplifting onset, for instance, reduces stress by appeasing work or school related worries. Replacing it is a serene euphoria that enhances the mood. Similarly, it can also work as an anti-depressant that temporarily pushing back the overwhelming feeling of hopelessness. Not to mention, it brings back an innate sense of happiness. 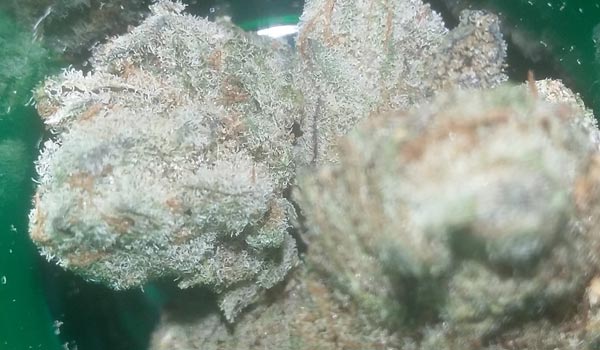 Apart from inducing a psychoactive high, THC also turns into a natural analgesic. Thus, consuming Blackberry Bubble also means relieving various aches all over the body. It surges through the muscles as a wave of relaxation that topples down pains beginning from the temples to the tips of the toes.

Its soothing effects also calms cramps in the gastrointestinal tract that cause turbulence in the stomach. It prevents vomiting and, as a result, is useful for cancer patients suffering from the nauseating effects of chemotherapy. At the same time, it allows food to pass through smoothly and encourages a hearty appetite.

Blackberry Bubble is a short plant with a compact structure. Its foliage is extremely dense, but its frame is quite sturdy. However, this does make it an easy grow. It inherited some of Sour Bubble’s sensitivity, especially toward humidity-related problems due to its thick foliage. If left unattended, it can lead to the development of mold, mildew, and root rot. 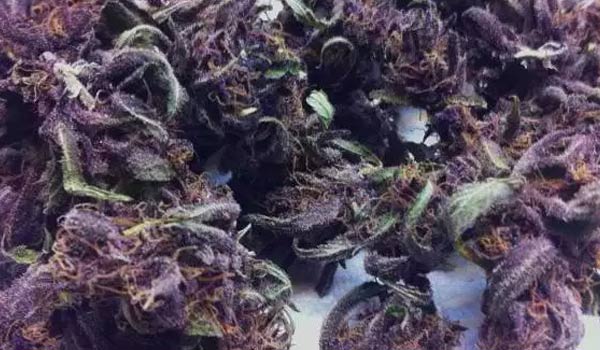 Air circulation is essential when cultivating Blackberry Bubble. Pruning will aerate the lower nodes, especially in controlled environments where the four walls of the growing area inhibit the flow of air. Growers may also install an efficient ventilation system to reduce moisture in the air. Switching to a 12/12 light cycle and an HPS lighting system of up to 400-watts will induce blossoming while increasing bud production. The plant has an indoor flowering period of 8 to 10 week with each square meter producing between 30 to 350 grams of buds at harvest.

Outdoors, flowers usually bloom around the second or third week of October. But growers can extend the flowering period by a week or two more to further enhance yields. Regardless, each plant is expected to produce at least 350 grams of buds. Growers should ensure it is planted in a strategic area where the light hits without obstructions.

Have you grown or used the Blackberry Bubble strain? If not, would you like to get your hands on this strain? Please leave a comment to let us know what you think. We want to hear from you.