Black Mamba, the strain, can either allude to the venomous African snake or to the cult classic Kill Bill’s iconic bride with a vengeance. Regardless, the three have one similarity – a powerful strike. With its potent and fast-acting buzz, it is designed to knock out beginners and veterans alike with its body-numbing high.

It lineage remains a mystery. However, many enthusiasts recognize the possible influence of Black Domina’s relaxing prowess. There is also its impressive performance in the grow room wherein flowers bloom rapidly regardless of the condition. Meanwhile, it’s father Granddaddy Purple gives the bud a fruity twist complemented by a purple streaks. What keeps the eyes fixated, however, is its thick coating of trichomes that are brilliant with potency.

Though its body high is substantial, the mind is not left out from its wide-reaching euphoria. It has a herculean THC content of 24% that is juxtaposed by a CBD of up to 4%. As such, this hybrid also makes for a formidable tool against stress even if Black Mamba may be named after the deadliest viper in the world.

One whiff of Black Mamba’s essence awakens the soul. As its nugs are broken apart, a pungent skunk fills the room with undertones of sweet honey and a hint of ripe lemon that intensify once combusted.

In the palate, it enlivens the palate with its sapid overtones of grape. A fresh pine and sandalwood become apparent on the exhale, along with an earthy aftertaste.

Black Mamba shoots an instantaneous euphoria straight to the head, removing any unpleasant feelings in its wake. It leaves users with an upbeat disposition as a sense of happiness radiates from within.

The initial cerebral high’s clarity, though intense, also paves the way for a newer perspective on previous ideas or concepts. Feeling motivated, casual users end up with a heightened sense of focus. For this reason, the Indica-dominant strain is best used late in the afternoon or while pursuing passion projects on a chill day. 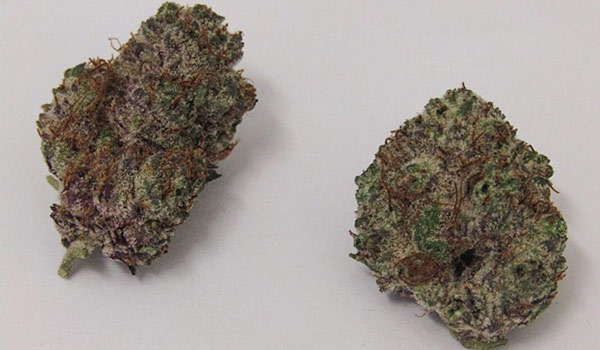 As its long-lasting high hits the two-hour mark, a light pressure finds its way in the temples. It creeps down to the rest of the body before gradually intensifying into a heavy-hitting buzz. Tension flees from the body as knots in the muscles are untied. In all likelihood, one will be prompted to lounge by the sofa while unwinding to its peaceful high.

One should be careful with the dose though, as too much can render its enthusiasts wide-eyed and tripped out on its hallucinatory tendencies. Consequently, most end up heavily immobile and lost in introspection.

The Black Mamba is bound to be accompanied by some adverse reactions that range from the typical dryness in the eyes and in the mouth to greening out. Its powerful psychoactive compounds leave users disoriented with a temporary dizziness that, if left unattended, can develop into a subtle feeling of paranoia. Moreover, a headache may follow. 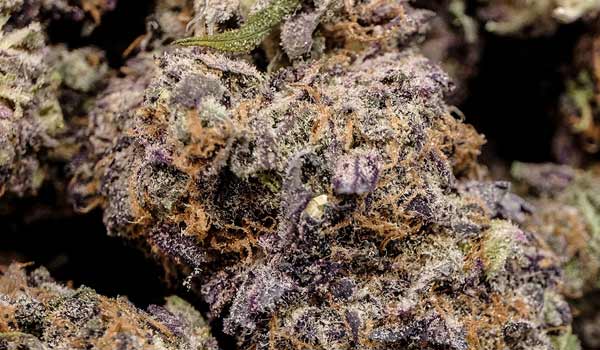 Downing lots of fluids like water is usually enough to ease the dry spell throughout the day. However, the other side effects can only be avoided by pacing consumption and avoiding going beyond individual tolerance.

It is no secret that the Black Mamba’s venom, although lethal and poisonous, contains pain-relieving compounds that is just as effective as morphine. In an almost similar manner, the cannabis strain relieves various aches and pains through its remarkable CBD count of up to 4%.

As a soothing buzz spreads throughout the body, it removes tension in the muscles while easing away the aches and pains of spasms, headaches, and cramps. It keeps users comfortable all throughout the day. 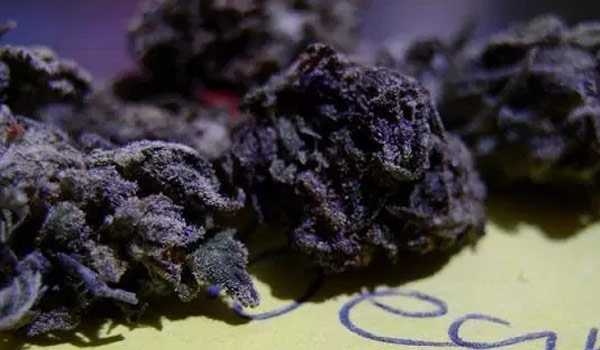 The sense of calmness also affects the mind in that it lifts spirits up from the burrows of depression, anxiety, and even other mental conditions such as PTSD or bipolar disorder. In enriching positivity, it leaves users feeling happy even after the high.

With a mind silenced of its previous burdens and a body free from agony, succumbing to its heavy-hitting sedative comedown quickly is likely. Moreover, it not only enhances the quality of sleep but also the quantity.

Black Mamba’s appearance features a medium sized stem, which is typical of Indica-dominant strains. Apart from its height, it is also densely compact that seem to cover the rest of its parts. The same goes for the buds it produces, which are shaped like popcorns but with striking purple streaks against a rich, deep green hue.

It is important to thin out the plant. While it is generally sturdy, its thick foliage can sometimes harbor moisture in its crevices that develop into mold or mildew. In worst scenarios, it can stunt the herb’s growth as it rots the affected areas. However, pruning it can help circulate air and light properly especially around the lower nodes.

It thrives well in either soil or hydroponics mediums, depending on the grower’s goal. The prior is for enhancing flavors, while the latter helps improve yields and produces buds that are less doused with chemicals. Bringing out its vibrant color usually involves exposing the plants to cold temperatures during the flowering period. Either way, one can expect about 350 to 450 grams of buds per square meter in just 7 to 8 weeks.

Climate has a heavy impact on the quality of this plant, and it naturally prefers warm and dry areas. This is not to say the plant does not perform exceptionally well in the northern hemisphere. Its sturdy structure allows it to flower early, from late September to early October. Once ready for harvest, it yields a bountiful 450 grams of buds per plant.

Have you grown or used the Black Mamba Strain? If not, would you like to get your hands on this strain? Please leave a comment to let us know what you think. We want to hear from you.