The B-52 is one of the world’s most powerful planes in the world. Equally influential is a strain named after the Boeing aircraft that has won the hearts of cannabis enthusiasts globally.

B-52 is an Indica-dominant strain that takes users above and beyond the clouds with an uplifting euphoria that leaves one feeling upbeat all throughout. Gently at the comedown, and as the high subsides, it lulls one back to earth and into bed.

It is also widely recognized as one of the most widely recognized offspring of Skunk No. 1. From it, it gained its earthy aroma mixed with skunk and a strong structure that can withstand various problems. Meanwhile, the addition of the legendary growing strain Big Bud led to its efficacy as a commercial strain that produces large buds at high yields.

B-52 has an enticing scent that reminds one of forest ripe with fruit. It has a strong earthy overtone accentuated by hints of berry lined all over its smoke. On the exhale, its juicy and slightly tropical flavors leave a sweet taste in the mouth that lasts for hours even after the last puff.

In spite of its Indica-dominant genes, B-52 has a distinct head high that almost make it seem like a Sativa-leaning strain instead. There is a minute amount of time before the onsets begins and, once it does, users immediately feel a rush of euphoria spread through the mind. It seeps into each crevice and forces out an innate sense of happiness that has buried itself deep into one’s brain. 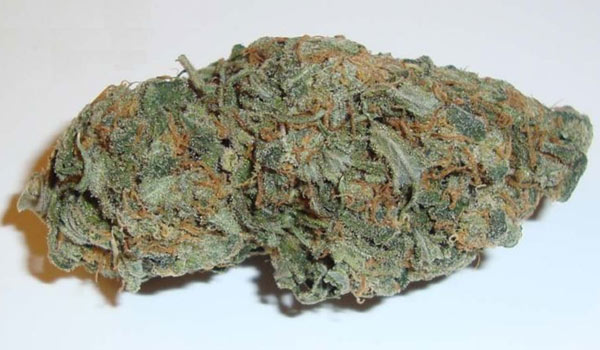 The behavioral change is instantly noticeable. Users seem brighter as smiles beam from ear to ear with the mellow mind from the initial head high. Not only that, it places one in an upbeat mood that is conducive to the upcoming body high.

After about an hour or two, a warm fuzzy feeling ebbs down from between the eyes to the rest of the body. It removes tensions from the body similar how the light pressure and warmth of a masseuse’s expert hands. It lifts the spirits further up to the sky too, as users experience a feeling of physical enlightenment along as the mental clarity persists.

At the comedown, however, a powerful narcotic-like quality blankets users in a deeply relaxing buzz. Most likely, users will feel sleepy as the drowsiness hits. Hand-in-hand with Mr. Sandman, one flies to the land of dreams in a state of bliss.

Like other strains, B-52 comes with a few side effects. Among the most common are dry eyes and a cottonmouth which are typical, as cannabinoids interfere with the body’s natural ability to produce moisture. A rarer experience is the feeling of paranoia or anxiety resulting from heightened sensitivities toward one’s surroundings. For this reason, it is best to start with low dosages and stay hydrated throughout the day.

Although classified as a recreational strain, B-52 remains a valuable strain among patients for its significant therapeutic value. Its happy high, for example, reduces stress by enhancing the mood and calming turbulent emotions. For this reason, too, it makes for a great anxiolytic and anti-depressant that helps manage mental health issues like depression or PTSD among others.

The same psychoactive responsible for the head high also turns into a natural analgesic at high enough levels. Thus, with a THC of up to 15%, it should come as no surprise that B-52 appeases various types of aches and pains beginning from the temples especially headaches. It kneads tensions away too, like going to a spa for relaxing full-body massage. 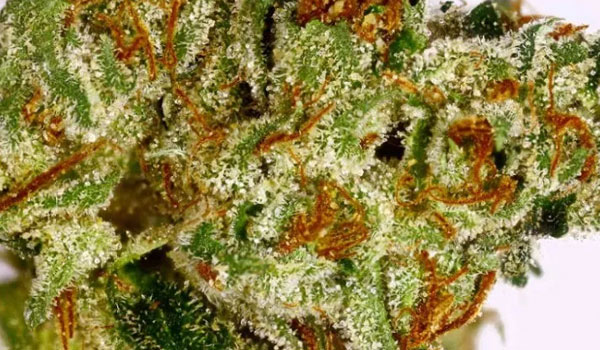 The freedom from mental and physical inhibition eventually leads to rest, as the eyelids droop with heaviness from the tranquilizing high. Its narcotic-like and sedating qualities lull patients suffering from insomnia to bed too while simultaneously enhancing the quality and quantity of sleep.

As a plant, B-52 has the short stature of a typical Indica leaning strain. Its stalks are thick too, signaling its ability to withstand a strong wind that may topple a lankier herb. In fact, the light breeze will help maintain the plant’s health as well as strengthen it. Moreover, it has sturdy branches that do not break off easily at the weight of its heavy buds.

Though it prefers the hours of sunlight a Mediterranean climate brings, B-52 still flowers early in the northern hemisphere around the middle to the last week of October. Once ready for harvest, growers can expect at least 700 grams of dried of buds per plant. 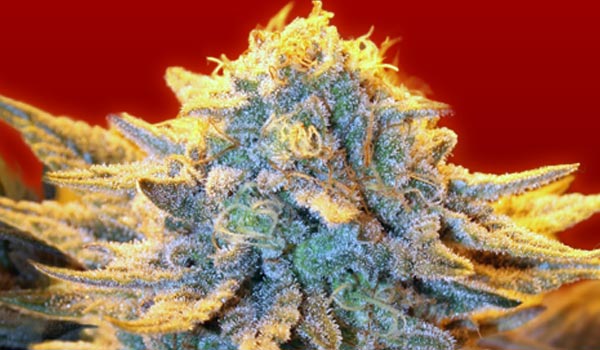 Maintaining the right conditions for a good indoor environment is essential when growing the plant. For example, temperatures should be between 21°C to 27°C with a relative humidity level of 40% to 50%. HPS lights with a wattage of 600 to 1000 are highly recommended as it emits a brighter light for higher yields. Not to mention, the right amount of nutrients must be administered at each stage the plant is in.

Pruning the plant is also necessary. This method enhances light and air circulation in the lower nodes while simultaneously improving nutrient distribution. Applying the Sea of Green method will encourage the B-52 flower earlier, at least a week or two short of the usual 8 to 10 weeks. At maturity, each square meter yields at least 600 to 700 grams of buds per square meter.

B-52 is an excellent commercial strain. After all, its parent strains are the illustrious Skunk No. 1 and the high-yielding Bid Bud. As such, it should come as no surprise that the plant is just as sturdy and vigorous. The buds it produces are almost just as stunning as its predecessors too. It catches the eye with its deep olive hue, long amber pistils, and streaks of yellow that give it a golden undertone. There is a light dusting of sugary trichomes too.

Have you grown or used the B-52 strain? If not, would you like to get your hands on this strain? Please leave a comment to let us know what you think. We want to hear from you.