Aurora Borealis is for cannabis consumers who wish for a cerebral trip that conjures an entrancing display of lights inside one’s own living room. It also bestows a calming sensation that pampers users from head-to-toe.

The Indica-dominant bud is an offspring of titans in the industry, Northern Lights #10 and Skunk #1. Both are well celebrated for their relaxing and euphoric aptitude. Thus, it should come as no surprise that the hybrid turned out to be a legend just like its parents with the berry delight of the former and the latter’s skunk-like kick.

While its mind-warping ability is deserving of attention, the real eye-catcher is its soothing physical buzz which relieves pain and discomforts all over the body. For these reasons, the marijuana is great for both recreational and medicinal use.

Taking a whiff of Aurora Borealis is like treading through a lush forest just after rainfall. Its strong yet gentle woody pine scent is wonderfully complemented by the fragrance of wet soil. In the palate, its flavors are followed up by the addition of an enticing skunk and a floral aftertaste.

Typical of Indica, Aurora Borealis has a creeping onset that does not start until 15 minutes after the first few puffs. However, once it does begin, a single bowl eventually skyrockets beginners and veterans alike into cerebral euphoria. Like an erupting supernova, the overpowering bliss engulfs the psyche almost instantly while brushing away any gloomy thoughts and emotions to free the mind of burdens. 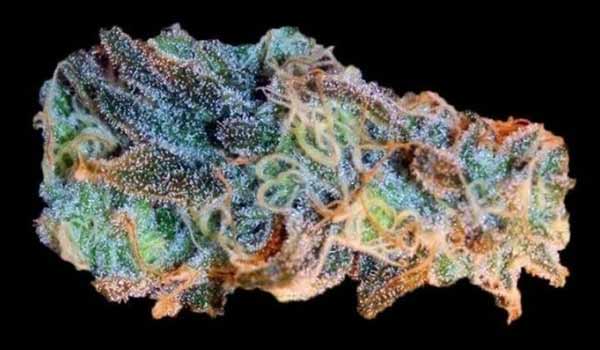 The uplifting buzz also makes for a great recreational companion. It not only leaves users feeling upbeat but it also inspires an innate happiness that makes one feel like dancing with joy. Moreover, it removes social inhibition and nurtures self-confidence that users turn a little more talkative than usual.

After a good hour or two, a soothing pressure lightens the body of its heavy load. It washes away all the amassed stress with a heavenly high and soothing calm. A body free from its physical plights allows one to enjoy the rest of the day in full comfort. Perfect to use during an evening under a blanket of stars, enthusiasts can zone out of the routine called life.

As with any other strain, Aurora Borealis may bring about dry, bloodshot eyes and cottonmouth. Thankfully, it is easy to remedy the discomfort by hydrating with plenty of water so long as users ensure to drink ample amounts before, during, and after a smoke out.

A moderate dosage of up to two bowls, depending on tolerance, will not knock users out. However, going beyond may result in fans seeing stars as it greens users out with its heavy-hitting high. To avoid the dizziness, mild headache, and anxiety that come with the condition, it is best to stay within limits.

Aurora Borealis is of great value to medical cannabis users. It contains a generous amount of THC which, with the help of other cannabinoids like CBD and terpenes, has the capacity to easily relieve the pulsing frustrations of chronic pain resulting from migraines, arthritis, and cramps.

Apart than that, the bud also invites the mind to wander off and space out in euphoria. Its uplifting high comforts people battling mental and mood disorders such as depression, anxiety, and PTSD. Its mood-enhancing buzz also works well against stress.

Enthusiasts also experience an inescapable churning hunger as a result of the subtle mental stimulation. Through it, patients with cachexia or eating disorders such as anorexia temporarily experience a hearty appetite. For this reason, having some food prepared is best. Stretching the hand to grab a nearby snack and chowing down are one of the things one can do to relish the fun-filled tone of the high.

Sleepless drifters also benefit from its calming effects. As the eyes droop with a heaviness, it leads to a deep slumber that reinvigorates users for the next day.

Aurora Borealis, as impressive as it is, is not the type to demand great attention. A true hybrid, its genetics allow it to grow even in less than ideal conditions. For example, it will fit in areas with limited vertical space as it peaks at only 140 cm. Meanwhile, its stalks are sturdy enough to withstand strong gusts of wind. 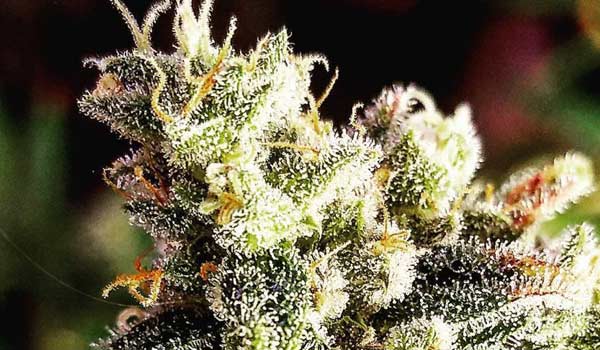 It is quite branchy and bushy, though, so giving it plenty of lateral room is a necessity. In an indoor setting, using soil or hydroponics with a Sea of Green setup is most ideal. Also feed it well with high-intensity lighting and it should flower handsomely for 9 to 10 weeks. Come harvest-time, stars align to reward growers up to 700 grams of fresh buds per square meter.

An outdoor beauty that cannot resist the warmth of the Mediterranean, it loves to bathe under the sun. Because of its predisposed hardiness against severe conditions, though, it can also flourish in the cooler temperatures of the north. Simply place it somewhere with the most access to sunshine. By late October, growers can harvest up to 800 beautiful, multi-colored buds per plant.

The plant grows into a sight that can rival even the Northern Lights. Vulnerable to cold conditions, it blushes in deep plum when feeling a bit chilly. Meanwhile, its massive colas flash their buds of blue, purple, orange, and green hues. Its displays its wide array of colors against its fluffy vivid emerald foliage. Glazed in the celestial dust of trichomes with spiky calyxes and amber pistils, its blinding beauty shines the brightest as though it were heavily adorned with crystals.

Have you grown or used the Aurora Borealis Strain? If not, would you like to get your hands on this strain? Please leave a comment to let us know what you think. We want to hear from you.