Atomic Goat has an interesting moniker. It can allude to a fast-acting, high-flying cerebral buzz that blasts one to new heights. Alternatively, it can also allude to the new-age slang of ‘greatest of all time’ or g.o.a.t. A more plausible theory to the mega hybrid’s name, however, is that it alludes to its parents.

In creating this Seattle-born strain, its breeders crossed the nuclear-inspired Chernobyl and experimental Golden Goat. From the latter, Atomic Goat gained its up to 1% CBD. Meanwhile, the former contributed to its offspring’s intense cerebral effects. However, both contributed to its high levels of THC which can get as high as 20%.

The perfectly split hybrid prompts an active cerebral activity that increases focus, while creating a positive atmosphere. Adding value is a soothing buzz that relieves tension and stress. And, because of its high THC levels, a minute amount is enough to enjoy both its recreational and medical value which are hinted at the exciting aroma incorporated by its buds.

Atomic Goat presents quite an exquisite array of odors and flavors ranging from savory herbs to the smell of earth. The smoke itself is quite spicy with hints of nuts. Most of the time, the scent is likened to that of sage mixed with a bit of eucalyptus. A second later, a hint of sweetness like honeyed cocoa paired with cinnamon toast especially when the buds are either crushed or combusted.

Atomic Goat is a good wake and bake partner. Its quick-acting effects start with a subtle rush of energy that rivals the invigorating buzz that coffee brings in the morning. It enhances the mood with its uplifting onset and fuels users for the day ahead. 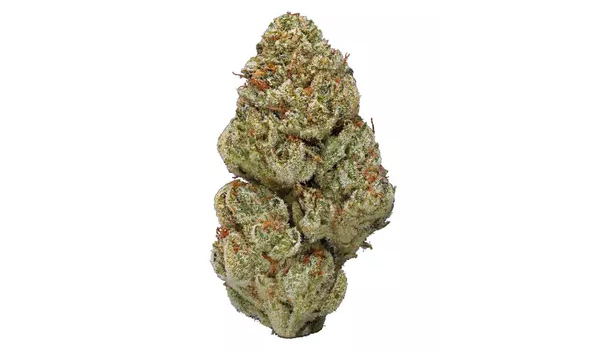 Casual users with work ahead often revel in the clear-headed high that the strain brings. It heightens focus which, in turn, boosts creativity. Tasks are bound to get finished too as the strain also heightens focus. Although, enthusiasts should be wary about going overboard as the elevated sensitivities toward one’s surroundings can be quite overwhelming.

For some, the free-flowing stream of consciousness can bring about a fit of giggles that plant an innate sense of happiness. For this reason, it is a great recreational strain that encourages social interactions during certain occasions especially as one turns chatty.

Gradually, waves of peace wash over the body. It is at this point that Indica effects start to pour. First off, releasing any physical tension is a light pressure that starts from the temples before surging through the muscles. Subtle at first, it gradually intensifies until it blankets the body in deep relaxation albeit not enough to couch lock.

As it is with most strains, Atomic Goat has compounds that cause red eyes and a cottonmouth. Although unavoidable, users can manage the symptoms by drinking water throughout the day. However, it will take quite a few hours before the dryness subsides.

Atomic Goat can sometimes cause experience dizziness, anxiety, and paranoia when used beyond individual tolerance. This should serve as a warning to use the strain only within limits. Although, most of the time, users only experience a headache.

Atomic Goat is revered not only for its recreational high. As a matter of fact, its prowess extends to the therapeutic as it relieves symptoms of certain medical conditions. For starters, its happy high manages symptoms of some mental disorders. 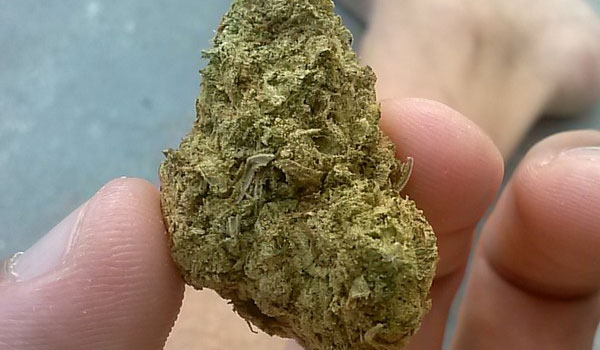 Its uplifting capacity eases the overwhelming dread and anxiety that comes with stress or mental health issues like PTSD and depression. It soothes the mind with its calming euphoria while enhancing the mood through its happy high. At the same time, it mentally reinvigorates a tired brain with its subtle rush of energy.

The same psychoactive compound responsible for the strain’s painkilling properties. By reducing corporeal discomfort, it dulls a myriad of discomforts beginning from the temples before gradually ebbing down to the rest of the body. As a natural analgesic, it can relieve pain from arthritis, fibromyalgia, and migraines.

Eventually, the soothing buzz plants a heaviness in the limbs that lulls users to sleep. A great bedtime companion, Atomic Goat also enhances the quality and quantity of rest so conditions like insomnia are temporarily but adequately addressed.

Atomic Goat is a clone-only strain. Hence, it is not an ideal strain for beginners to grow. This is not to say first-time enthusiasts should avoid it entirely. Rather, the initial phase of growing out the cut will require the gardening expertise of a seasoned grower to turn out successful. 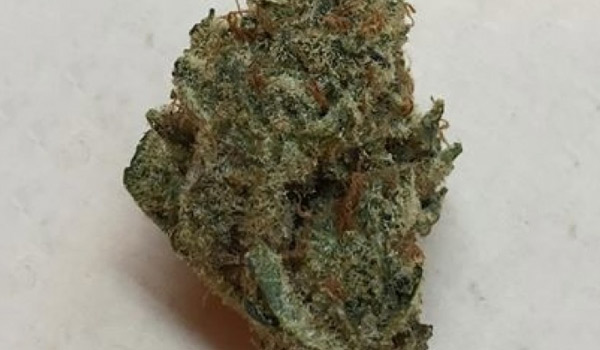 During the initial transplant, growers will need to cultivate the clone indoors. The ability to control the environment is an advantage as cuttings are often highly sensitive to diseases and infestations. As it begins to mature, it can be repotted into 5 gallon pots then transferred outdoors where it can soak up some sun. Alternatively, it can be kept inside the grow room under HPS lights ranging from 600 to 1000 watts.

It is quite mold and mildew resistant but, needless to say, it is still safe to check when humidity levels with a hygrometer. Having proper ventilation, as well as regularly pruning the plant’s large fan leaves, will help circulate air around the lower nodes while improving light and air distribution.

With that said, this versatile strain thrives best in Mediterranean-like conditions wherein the summers are warm and plants can spend a majority of the time under the sun. However, it will perform well in the northern hemisphere too where it is generally colder. By October, growers can expect at least 600 grams of buds per plant.

Due to its Indica genetics, these plants generally only grow up to a medium height which makes it an ideal candidate for growing indoors with the SCROG method. Flowering time indoors comes in at 8 to 10 weeks with harvest ranging from 500 to 600 grams of buds per square meter mark.

Its buds are tightly knit and dense. Its rounded nugs resemble grapes closely with a little bit of stretch on one end. Meanwhile, its hue appears to still be similar with some unripe grapes: lime green with brown pistils and a glow as bright as the sun due to the loaded golden tinted trichomes.

Have you grown or used the Atomic Goat strain? If not, would you like to get your hands on this strain? Please leave a comment to let us know what you think. We want to hear from you.